When we were kids, there was often a road trip. Load up the family in the wood panel station wagon, load up the cooler, and the last thing you did before you went out of town was fuel the tank. I must be in some sort of "nesting" mode as I've begun some of the preparations for this year's Boston Marathon in eleven days. Part of that preparation is leaving "nothing to chance" by having all my gear ready, but also loading up on some of the fuel needed for race weekend, and race day. 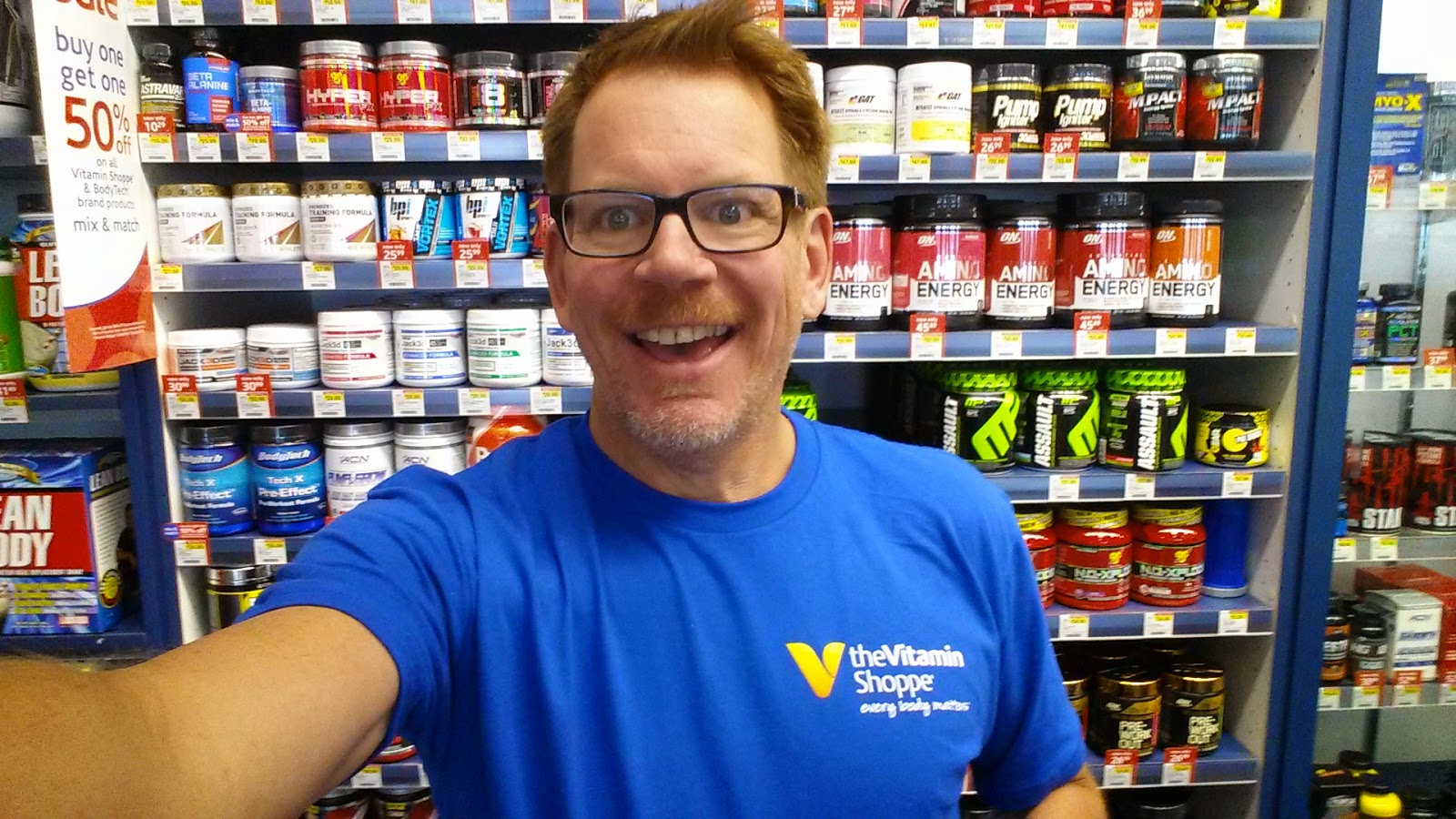 Fortunate for me, I was selected to be a #Fithappens Ambassador for The Vitamin Shoppe with Fitfluential. I'm fairly new to Fitfluential which matches up healthy lifestyle bloggers and social media influencers with complementary brands. Talk about perfect timing.

Speaking of timing, I'd attended a Runners World online chat with the 2014 winner of the Boston Marathon, Meb Keflezighi earlier in the week and just as he did in his book (Meb For Mortals: Review HERE,) he spent a lot of time talking about proper nutrition and fuel for a big race such as Boston. Meb was the first American to win Boston since 1983 at the age of 39!

Fresh off of reading his book, and chatting with Meb on Tuesday, I headed to my nearby Vitamin Shoppe in Lone Tree, Colorado to "load up my cooler" for the Boston Marathon road trip (leaving next Thursday, April 16th.) One thing I've learned from the many experts I've learned from is that your big race should not try anything new that you haven't tried before over your training period. I kept this in mind as I entered the store. Mentally I was distracted as the store was a cornucopia of health products and it's certainly tempting to look for some special elixir to give me some unique edge, but I held to my shopping list. 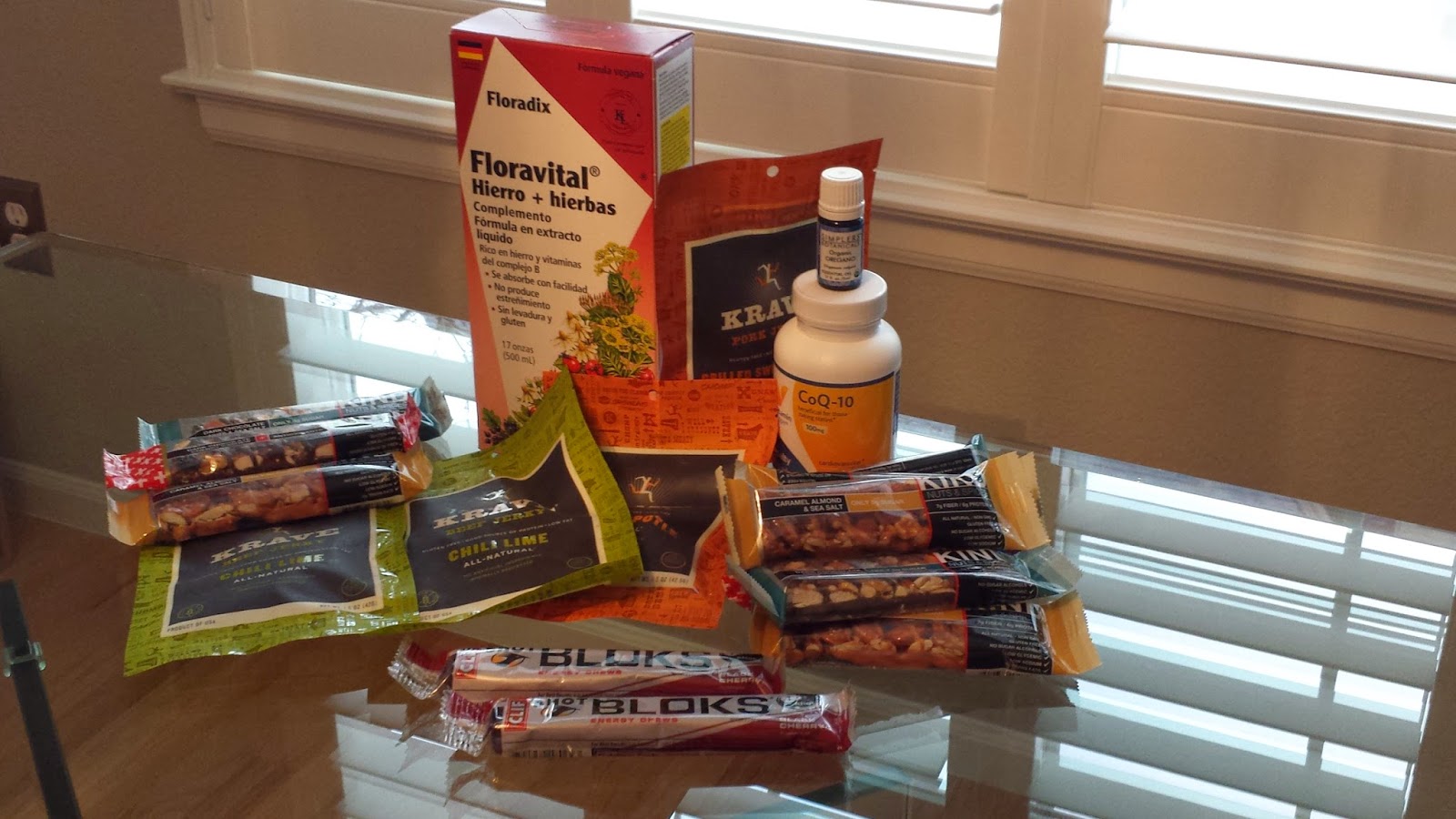 Being a bit of a run scientist (uneducated mind you) I have had Vo2Max, nutrition, and body chemistry tests done before. My previous body chemistry test showed that I was low on iron which is rare for men, but can lead to premature fatigue. Bad thing to have for a runner. As part of my routine before a long run, I will take Iron and also take Vitamin B. I added Floradix Iron (the Gluten-free liquid version) to my cart. Floradix has traveled with me the last two years to the Boston Marathon along with my trusty foam roller.

The second item on my list was something sister-in-law recommended was oregano oil to draw out toxins. Two years ago at Boston ('13,) I was sick all week and the woman that rented our loft in Beacon Hill gave me something similar to rid myself of the crud I was carrying around. While I'm not sick now, this is something I don't want to leave up to "chance" and wanted to have some "insurance" on hand. The Vitamin Shoppe had plenty to chose from. Homeopathic oil? Check!

I picked up some CoQ10 for my wife, then consulted with the store associate on cleanses. NOT something I would do this close to a race, but something I've been interested in. Loads of options there, but I got back to my main mission.

The other area I was shopping for was snack fuel for the trip. Have you ever learned a new word, then you start seeing it everywhere? Fortunately, the new word I learned (from Meb) was Krave. The store employees probably thought I was a bit whacked when I found it on the shelves and grabbed three different flavors. Krave is a "jerky" product that's an all natural source of protein that's also gluten-free. While I'm not allergic to gluten, I discovered that loading up on pasta and bread before races tended to wreak havoc on my stomach. My other gluten-free pleasure are Kind Bars and I was pleased to find a wide selection of my favorites on the shelf. My latest guilty pleasure (yet healthy alternative) is the Caramel Almond and Sea Salt. #yum. I added some Clif Shot Bloks which will be in my Boston Marathon fuel belt for the race itself.

With over 700 miles trained for my upcoming race, I am officially in my taper mode, and will continue to prepare for my departure in seven days. The last thing I want to happen is to run out of fuel in my tank!

This post is sponsored by FitFluential on behalf of Vitamin Shoppe.