You would think I was going to the President's coronation. I have been packing for several days setting things aside, and doing laundry. Tonight, I actually have to pack as I'm heading out early as I normally do for the Boston Marathon on Thursday. My Mom used to do the same thing when we'd get ready for a big trip. The spare bedroom would have an empty suitcase, and bit by bit, things would be laid out on the bed getting ready.

I started the process with a trip to the Vitamin Shoppe (see POST: Fuel For Boston) and my local running store, Runners Roost to load up on supplies for snacking while in Boston, Vitamins, pre-race ritual stuff, and race-day nutrition. Not that most everything I don't pack won't be at the largest running expo in the land come Friday. 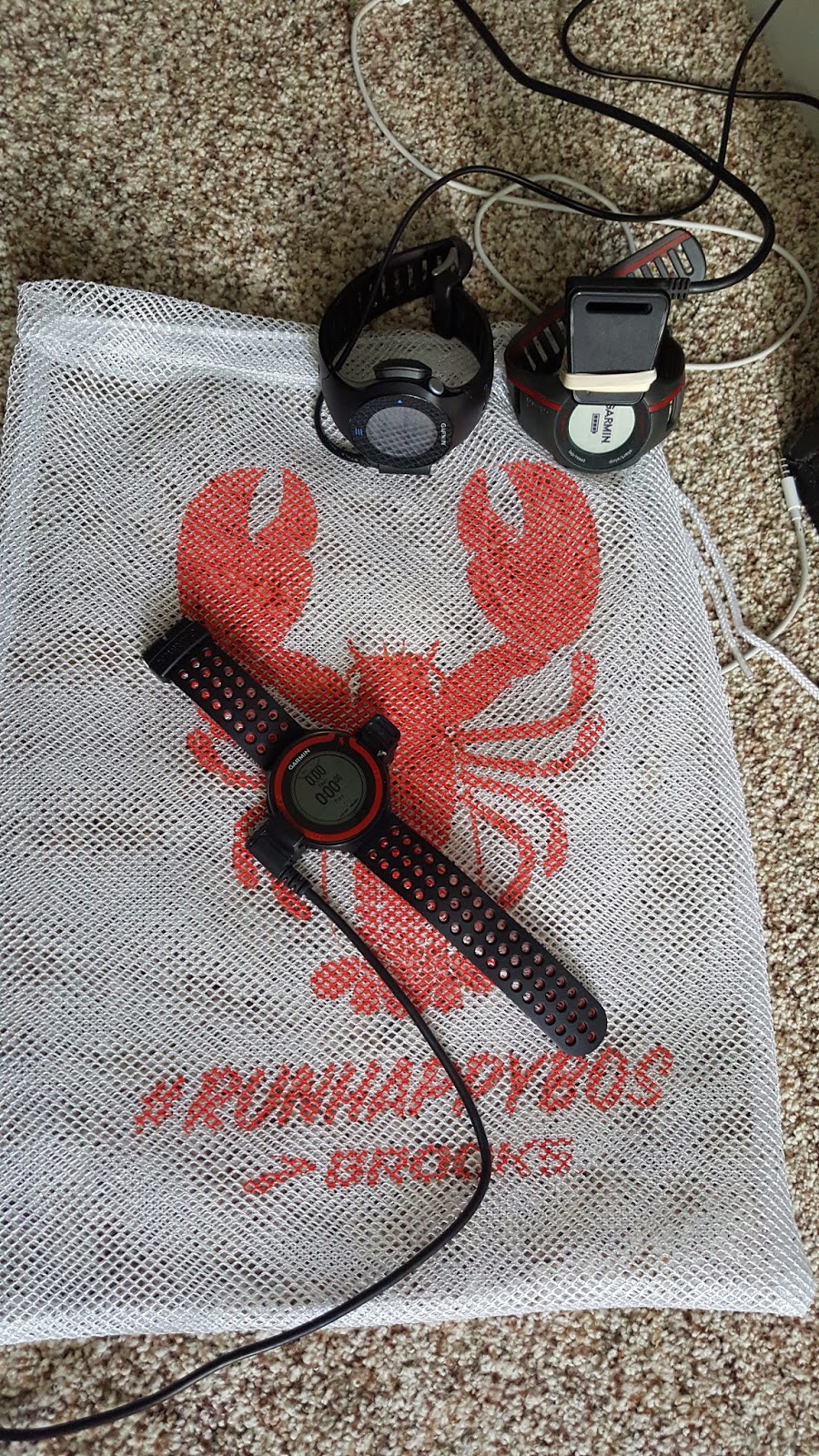 One snafu with my Boston Marathon last year, was not reading the "fine print" on transportation to Athlete's Village in Hopkinton. NO BAG CHECK. What I didn't think through last year was the clothing to keep me warm hanging out in the village for two hours. I had the warm clothes, but not stuff I wanted to throw away. I didn't realize this until later Sunday afternoon when everything was closing downtown, so one of the things Mr. Brilliant bought was women's panty hose. Hey...don't knock it, and desperate times call for desperate measures.

What you don't want to do, is throw away expensive gear; nor do you want to run in a cotton hoodie that you don't want to throw away. I wound up donating a SeekingBostonMarathon.com hoodie in the Village before heading to the corral. Believe it or not, I actually saw runners under the white tents with their commemorative jackets. As ugly as they are, they weren't going to be thrown aside, but that was not the weather to be wearing a jacket--last year was hot!

Given that, last night I made a trip to the local Goodwill store and found the perfect clothes to keep me warm. My "flat Stanley" shown above. If you're looking for me in the village, I will be easy to spot. Six dollars was an investment well worth it that will get shed either in the village or in the world's largest strip tease in the corral moments before the race.

I won't bore you with everything I'm packing, but safe to say, I have virtually two of everything and a variety of combinations for weather variations. A runner's Noah's Ark if you will. Not leaving anything to chance, I'm charging three Garmins at the moment (I always pack two) as one had gone missing for a short while. #Panic

Today was crazy busy with work and I made trips to both the massage therapist and chiropractor to work on the bum right wheel (hip.) All seems good but suffice to say, I've "laid low" during this taper so I should hopefully go out with a full battery on Monday.

That's it for now..will try and post more frequently as we lead up to the big day.