Day two in Boston: Expo Day at the Boston Marathon.

I call it the expo day, but it's normally "expo days" (plural) as it's tough to cover everything in one day at the world's greatest expo for the world's greatest race. I was also traveling with my 18 yr. old son who is not a runner (he was polite, but likely got bored soon after we entered.) I probably would have stayed there much longer, but I also have a built-in timer that wants to conserve the amount of time on my feet.

Getting in on Thursday night has its advantages as we didn't set an alarm for Friday morning and slept fantastic. We headed out for a morning cup of joe at Thinking Cup right off the Boston Commons. My son tuned into his iPhone tunes while I knocked out the last work stuff (not entirely true) while we both eavesdropped on a very awkward first date (she was an international student who loved to club and network with the club owners and bouncers. he was the son of a Dr. She asked what his best attribute was and he replied, his sense of humor. Nothing funny came out of his mouth. The date ended shortly. Nothing to do with Boston, but entertained us while we both did our thing over a great cup of joe.) While I was wrapping up, Jesse (my son) waited outside, and as he often does, engaged in conversation with Pahkah (heavy Bostonian accent version of "Parker.")

Pahkah, was from the rough side of Boston. Ex-Marine collecting $4,000 a month from the government who was either 55, 56, or 60 (all ages he shared with us.) He also spoke about how Jesse should stay out of prison as he wouldn't last very long (pointing to his slight frame.) I bragged that Jesse was a black belt (true,) and Pahkah, said, that wouldn't do you any good as he'd be dealing with street fighters. He showed his red, cracked knuckles and his crooked nose. This part I believed. Pahkah knew how to fight. I chose my words carefully as to avoid raising his ire...this is after he told us about serving 24 years in prison. 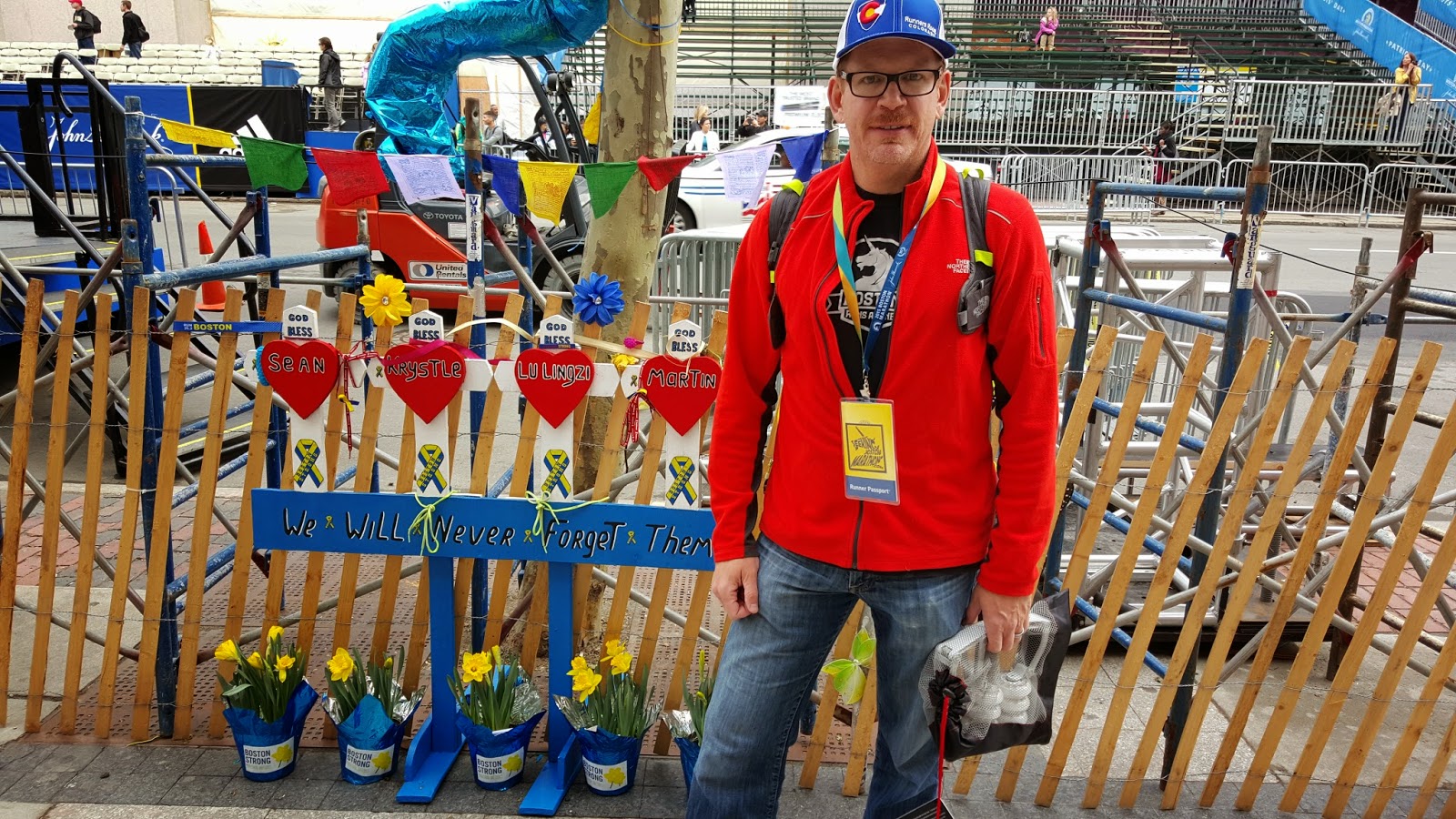 I tried to relate and said something about "The Town" movie about the Charlestown neighborhood robbers who robbed Fenway. He told us about a a real-life version of that by the name of Costa who pulled off the crime of the century which was the famous Brinks robbery. Parker went on to tell about another heist that Costa got away with by wheeling a case into a diamond store with a small-sized man inside. At night, he stole all the diamonds, crawled back into the case and was wheeled out later. I doubted all this likely due to the 11 AM strong stench of alcohol on Pahkah's breath but google returned facts of a hoodlum named Costa associated with said Brinks crime.  "Get the f**k outta here!" Pahkah would likely say. True story.

We lucked out after coffee and saw a bus for the convention center pulled up right in front of our hotel. Jesse and I hopped on, and the bus seemed to be going in the wrong direction. Avoiding traffic perhaps, I thought. We eventually pulled up to the Boston Convention Center and I asked the slighty rotund (not that there's anything wrong with that) woman sitting next to me, what convention she was going to. "The math teachers convention," she replied. No worries, we hopped on Route 3 which got us a half block away from the Hynes Convention Center back downtown.

After the "selfie" outside, and security check of my backpack, we headed through the thin crowds to get my bib. The lines were short as we arrived within the hour of the convention opening. Once I had the bib in my hands, I completely "lost it"  I bawled there staring at my bib amazed at the journey that 2014 was to get me back here in 2015. Jesse patted me on the back, and told me "you went through a lot to get here, I'm proud of you." Not as proud as I am. 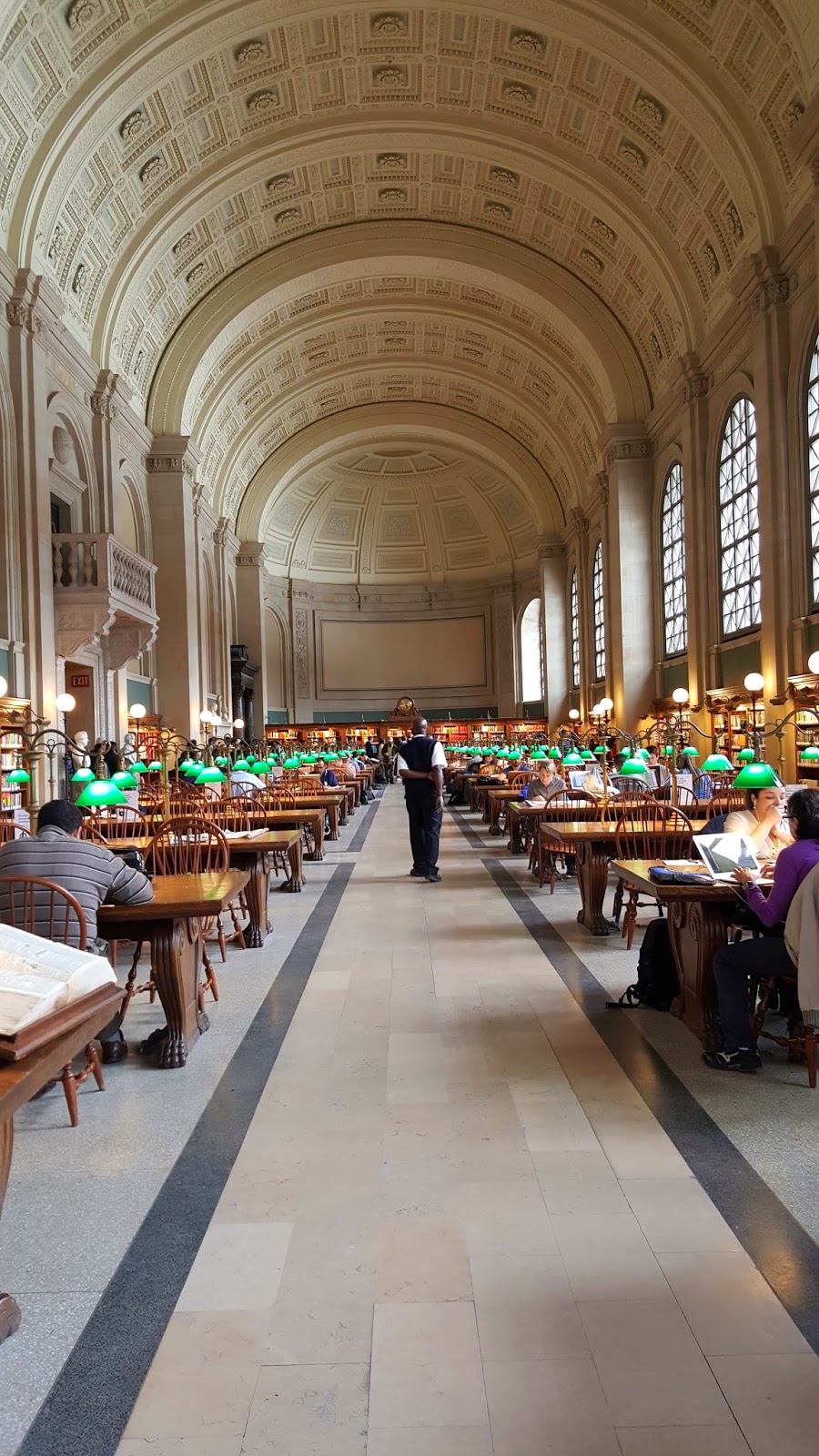 For the rest of the convention, I was pretty much robotic, as I knew what I wanted from the Adidas official souvenir store including skull cap, singlet, and coffee mug (I'd already ordered my plum purple jacket.) I had a few spots I wanted to hit; KT Tape (on how to properly adhere the therapy tape for my hip...don't ask,) SOS Hydration who will help me fuel on Monday, and an impromptu stop at Roll Recovery. Sorry honey (wife,) we're $100 poorer as this thing felt amazing on the hip as I'm sure I will use it a lot over the next four days as it can really dig in at all angles that my foam roller can't (sorry "foamy.") Roll Recovery is a Boulder-based company started by the elite runner husband and wife team of Jeremy Nelson and Adriana Nelson. Adriana has been training in Mammoth and will race with the women elite on Monday.

After the race, I kept emotions in check, but showed Jesse the famous turn Hereford onto Boylston, and where both bombs had gone off two years ago; Marathon Sports at the finish line, and in front of Starbucks where my wife normally watches (but thankfully didn't that year.) Before taking the subway back to the theatre district where our hotel is, we stopped in the Boston Public Library which was one of the top ten things to do in Boston. It's right in Copley square, but I'd never been inside. AMAZING building.

Sorry for the length of the post, but Jesse is enjoying a beer and videos on the internet in our room as Dad writes after a fantastic Italian dinner at one of our normal restaurant stops, Grotto in Beacon Hill. Below sidewalk level, Grotto is dimly lit, and more apt to be a romantic setting, but was a great stop for night number two after having sushi last night. The spaghetti and meatballs were delicious.

I went on too long about Pahkah, but both Jesse and I have laughed and reminisced about his stories all day. He also couldn't believe I was running on Monday, right after I told him I didn't smoke.  "What is that, 23 miles?" "You're gonna run 23 miles without stoppin'?" That's my plan.