A Run at Night Was a Scary Sight

It all seemed so right, to run at night.

The weather was warm, not a cloud in sight.
A perfect day, a perfect night.
Away from cars, under stars.
Away from bars, isn't that Mars?

I strapped on a light and ran in the night.
It seemed perfect, it seemed right.

Not a normal run, without the sun.
Cold it was not, in fact it was hot.
Odd at that, considering it's winter.
There should be snow, there should be ice.
Without freezing this would be nice. 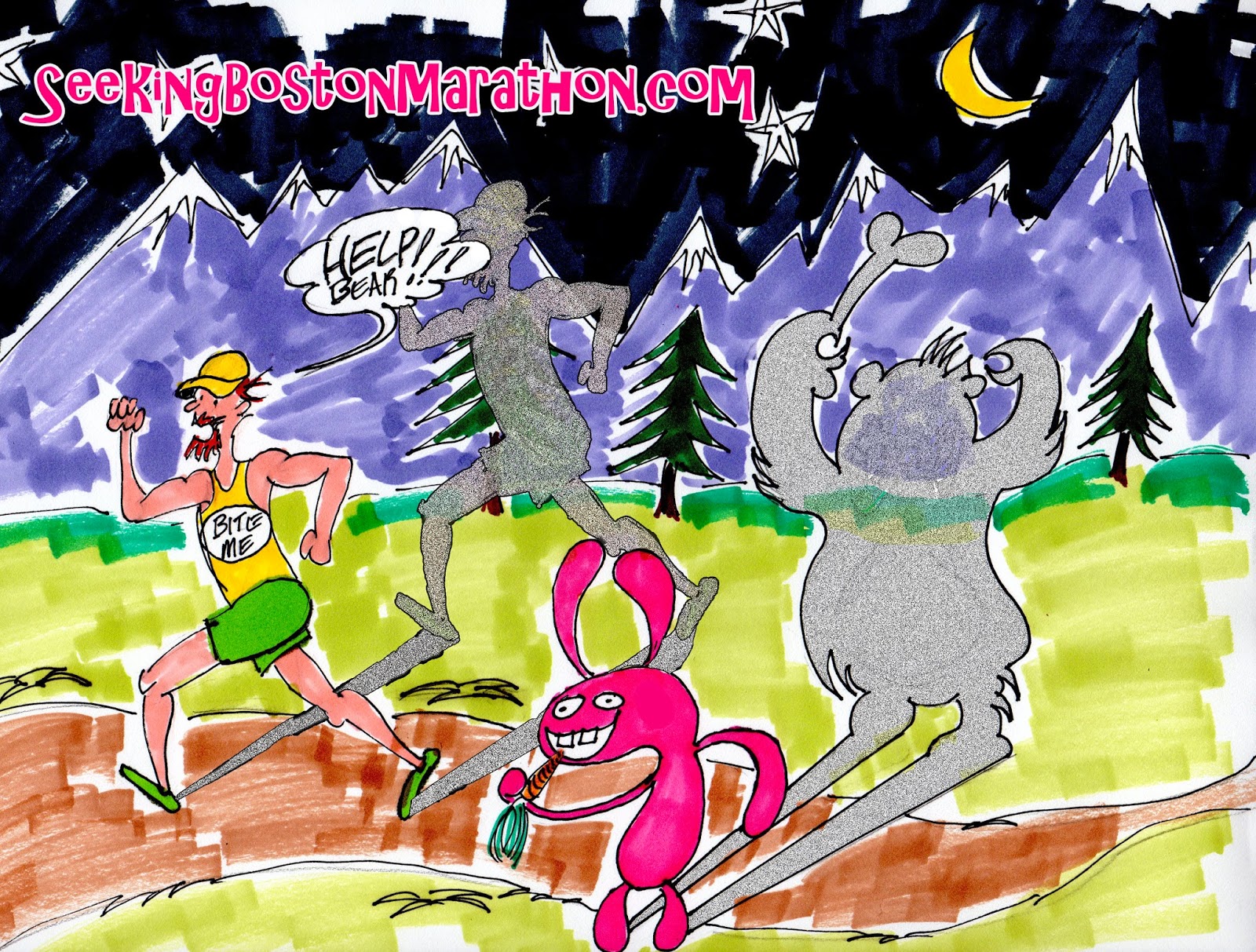 As I entered the trail, it became quite dark.
All around me, the dogs bark, barked, bark.
Barely a moon, I ran with my hat.
It wasn't dark, it was darker than that.

I ran with no music, just the sounds of the night.
It started so subtle, with no one in sight.
I looked left, I looked right.
As the scary noises grew in the night.

I looked left, I looked right.
Brustle in the bushes as I flashed my light.
I heard this, I heard that.
Noises played with my head, was that a cat?
The noise was too loud, it couldn't be that.
This animal was not that, it wasn't a cat.

Was it a lion, was it coyote?
My mind ran wild as if on peyote.
Left, right, the noises grew.
Was I their meal, was I their stew?

As I headed back, my pace increased.
Running fast, away from the beast.
I saw the bunnies, I saw the hare.
The howling animals gave me a scare.

Not all for naught, as I was not caught.
At the end of my run, no longer fear.
There was no deer, only a beer.