Stop the presses, hold down the fort, get the f*ck outta here, and you gotta be kidding me!?!

Several years ago when I was thinking about qualifying for the Boston Marathon, I was on a run with one of the local running groups, and mentioned to a fellow runner that I'd like to qualify for and run in the New York City Marathon. I won't mention his name as he's still in my Facebook feed, but he told me, "you know 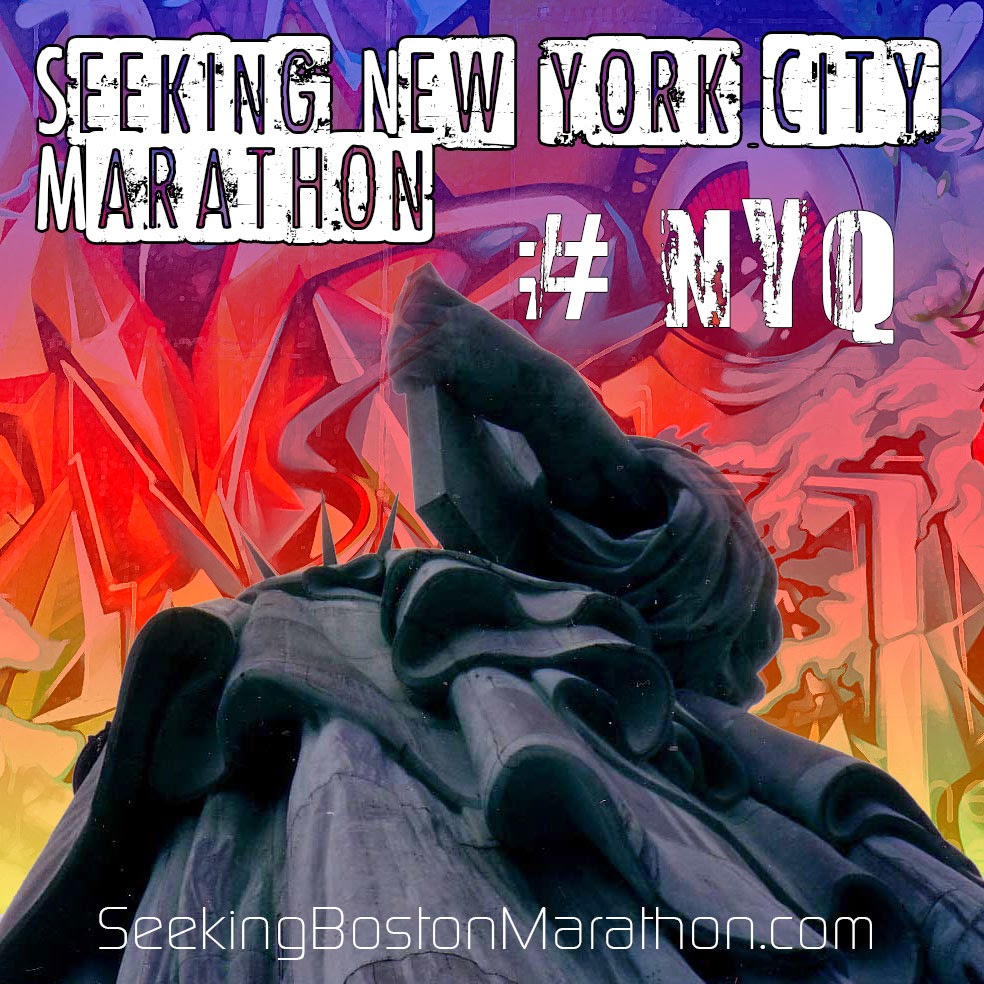 how hard it is to QUALIFY for New York?" I didn't take offense to his question, but there was clearly doubt in his tone and mind that at the "huff and puff" pace I was running that day, that it was more likely Kate Upton would rub my sore glutes after a long run than me ever qualifying for New York.

Perhaps he didn't know that you shouldn't tell me I can't do something as it will only motivate me to go after it. That was seven years ago.

Well Steve, I can now list NYQ and 2015 New York City Marathon registered runner to my list of dreams realized. I have tried like many to get in via the lottery but have been turned down more times than I was in Jr. High. I went onto the website again this year to register via the lottery and "for grins" I double-checked the qualifying times (thinking ahead to, they'll turn me down AGAIN,) but I'll go for an NYQ this summer in the half marathon distance (my faster distance.) Lo and behold, I was two minutes faster than I needed to enter as a qualified runner based on my 1:30 finish this last summer at the Slacker Half Marathon in Colorado. Funny thing was I was going for an NYQ that day, but thought I needed a 1:29. Color me stupid, I have been walking around for over six months as an NYQ runner (my second) and didn't even know it. I entered with my qualifying time, but still doubted it would happen. Apparently, I have had an acceptance email for a couple days, but didn't realize it until an odd charge showed up on my credit card today.

I was half afraid to tell my wife that $255 hit the credit card when I've been complaining of fatigue and increased pain in my broken ribs due to my Boston Marathon training. She was thrilled for me as she knows how long I've tried to hit this personal goal. While Boston may be my mistress, I now have another as New York is calling my name. Perhaps I better answer the doorbell, it might be Kate.