You get the point. There were many heavy things about my last race. The Slacker Half Marathon from Loveland Ski area to Georgetown, Colorado. 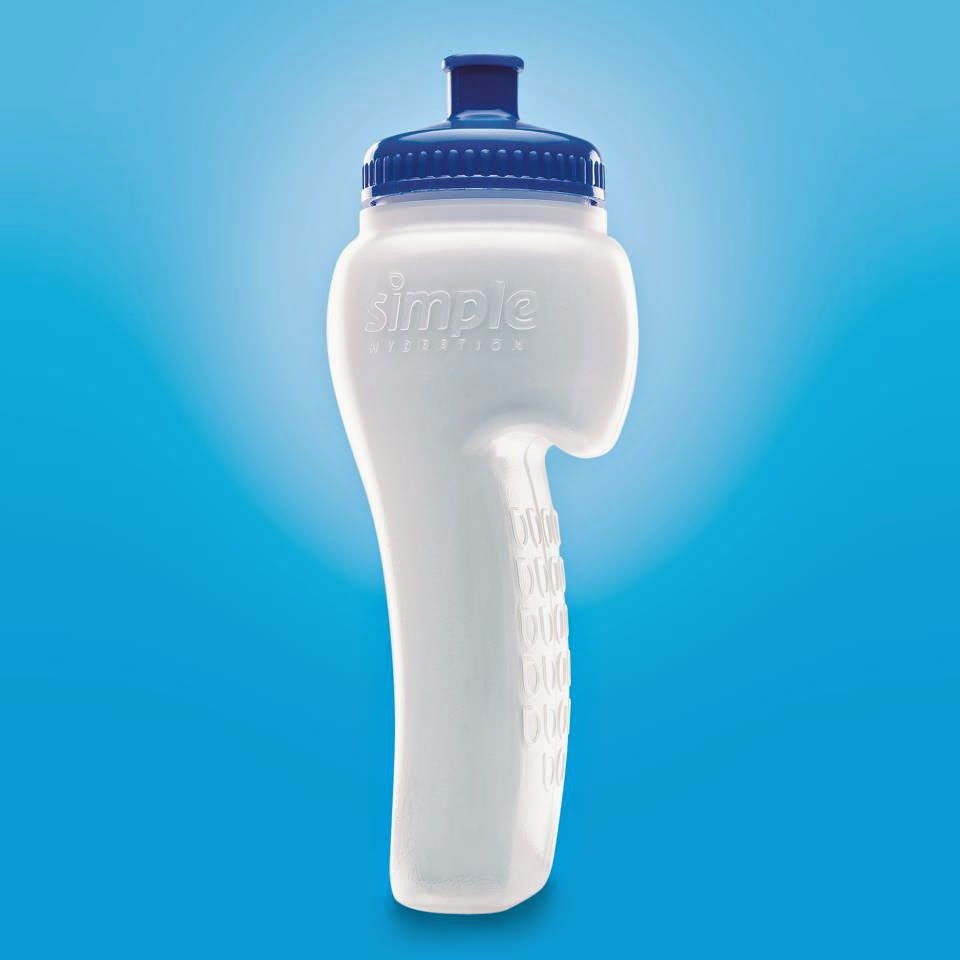 The heaviest of which was the thoughts of my brother Tom who lost his battle with lung cancer this month. Prior to the Slacker, I decided to dedicate this race to "TR" (Thomas Robert) as we called him. The news of his death was expected as I was in Kansas City a few weeks earlier to see him one last time and to say goodbye. Everything else (including work and running) became secondary yet I went about my days trying to focus on both--not very well. As I literally moved through the phases of coping with death, I moved towards "acceptance" and decided to dedicate this race and the rest of my 2014 running campaign to him by raising money for lung cancer (HERE.)

Tom (as the oldest brother) of the family taught his siblings many things; Hendrix to my brother Tim, and skiing to me. Somewhat fitting, Tom taught me how to ski at Loveland Ski area where I'd race on Saturday and had set my half marathon PR of 1:29:18 a year prior. Since that race a year ago, I wanted to return to "shave" 18" seconds off to run a 1:29 or better to qualify for the New York City Marathon. New York allows you to qualify with either a half or full marathon qualifying time. Generally the qualifying times are much more difficult than qualifying for the Boston Marathon.

The morning of the race, I used a Sharpie to write "TR" in block letters on one of my legs. I was unsure how I would manage the emotions of the race with him in mind. During the race itself, I was fine, but looking at the initials on my leg as I drove up I-70 to Loveland, I choked up as I looked at the mountains he loved to ski on in his youth. 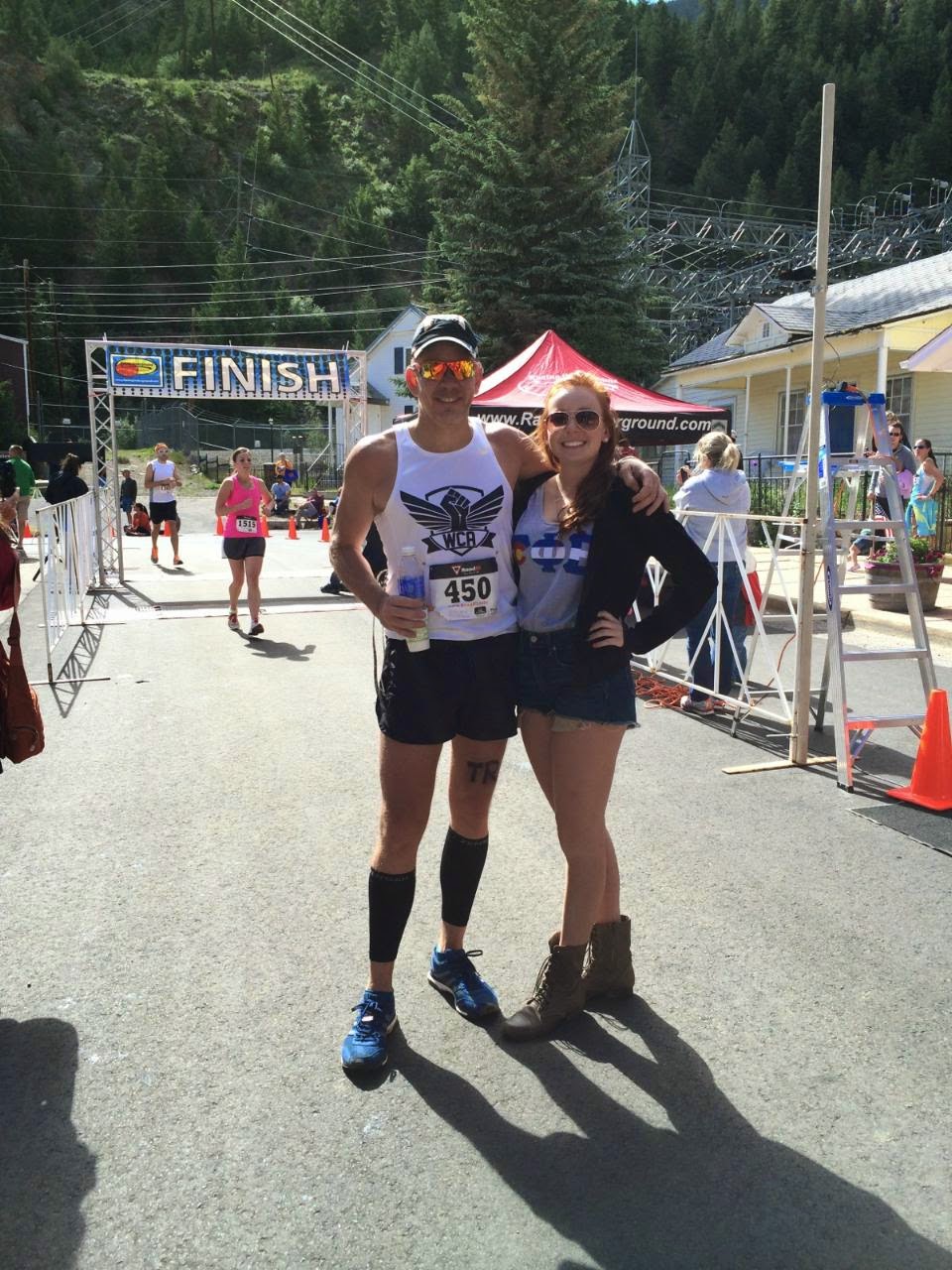 This is not the typical spot of a race recap blog where I list everything that went wrong that lead to a disappointing performance, but my confidence was mixed going into the race as my training seemed to have been "going through the motions" the last month. Stress, travel, poor sleep did not help. I had a few good long runs along with my typical speed work. I know I can run fast, but was not sure if I could run fast for 13.1 miles.

I spotted two of my age group rivals who are faster than me at the start along with some other running friends including Ellen from DailyMile and Richard from my race team; Working Class Athletics. I set aside the two faster race rivals and had a mindset of running "my race" but also wanting to try and hit the podium. It would not seem fitting to dedicate a race to someone without going all out or winning at some level.

Perhaps it was the 10,630 starting elevation at the start of the race, but my lungs were heavy and labored in the first mile of the race. There was not much race strategy other than to average a 6:40 to 6:45 minute per mile pace. Once my lungs calmed down, I realized my overall energy was just not there. Heavy legs. Tired. Not the things you want in a race in the early miles. 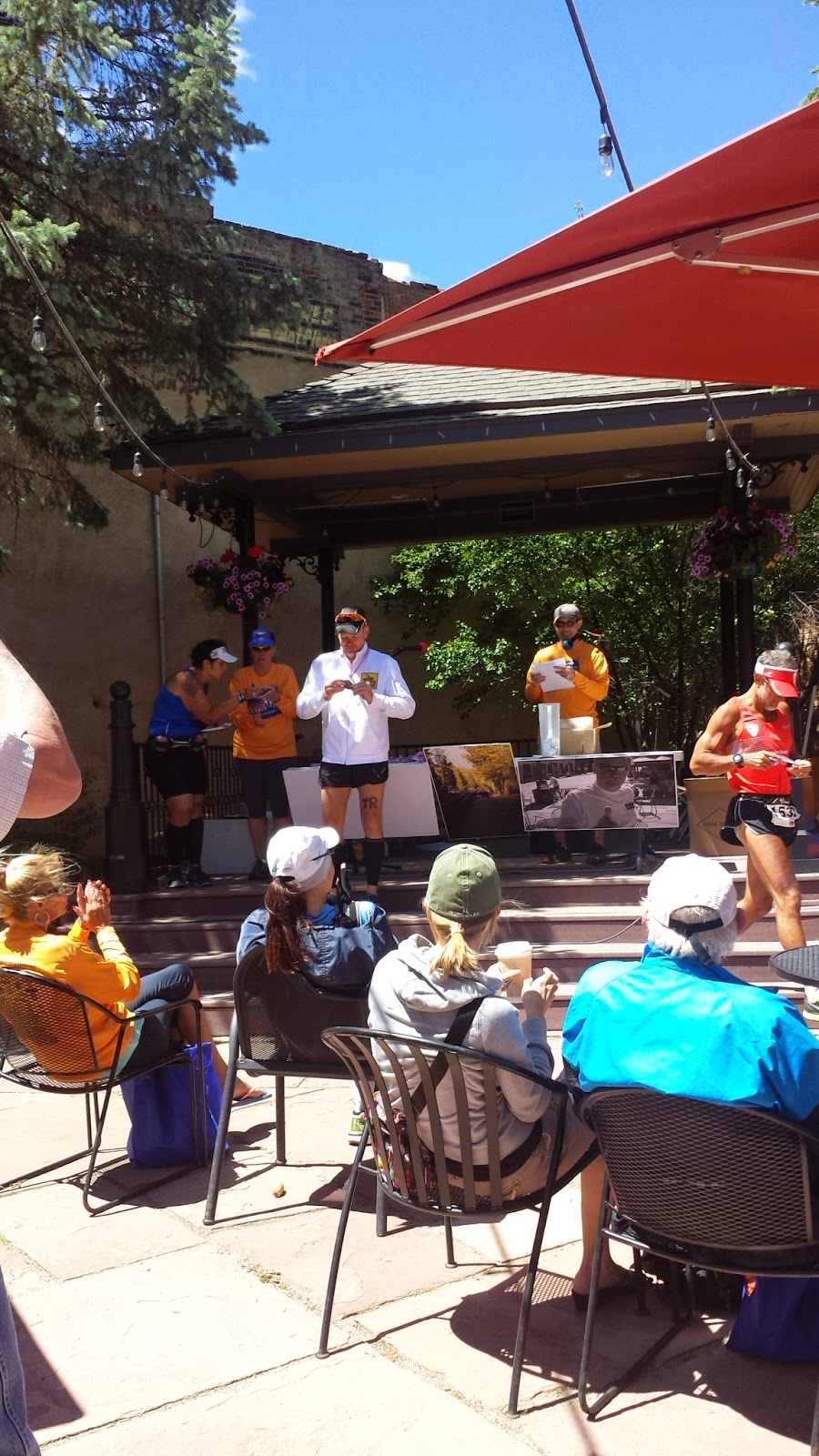 One thing I did change with this race was using my new Simple Hydration bottle. I never carry water in a race yet wanted to find a way to get some of my usual Generation UCAN within a race. Simple Hydration has a curved  and hook-shaped design that slips into your waistband or running fuel belt (in the back) and is lightest and least disruptive solution I've found. I will definitely use this again in my next half.

We were fortunate to have a nice cool tailwind and I managed to hold the goal pace quite well with my half mile splits until the slight uphill at mile 6.5. My pace slowed to a 7:20 pace. Later those 35 seconds would cost me. Another incline on the overall downhill course at mile ten slowed me to a similar pace. Another 35 seconds lost. Once in the mining city of Georgetown, the course flattens with a couple slight inclines that cost me another 15 seconds.

At the finish line was my daughter cheering me on to a 1:30:12. Seventy two seconds off my primary goal but good enough for a 3rd place in my age group in a very tough field. Hopefully, TR would have been proud.
Email Post