Before you get excited, this is a family show (most of the time) and all about running and triathlons. With that, I have three new toys as part of my run arsenal that are too exciting not to share.

How many of your runs where you planned to run with music were delayed with untangling your iPod or MP3 cords? I have a "poor man's" option which is one of my "free" non-running runner tips and that is to put the earbuds and iPod into your runner's belt or bottle (anything with a zipper) leaving the cord outside the zipper. Next time you head out on run, it will not be tied into knots sitting in your running bag just as you left it. 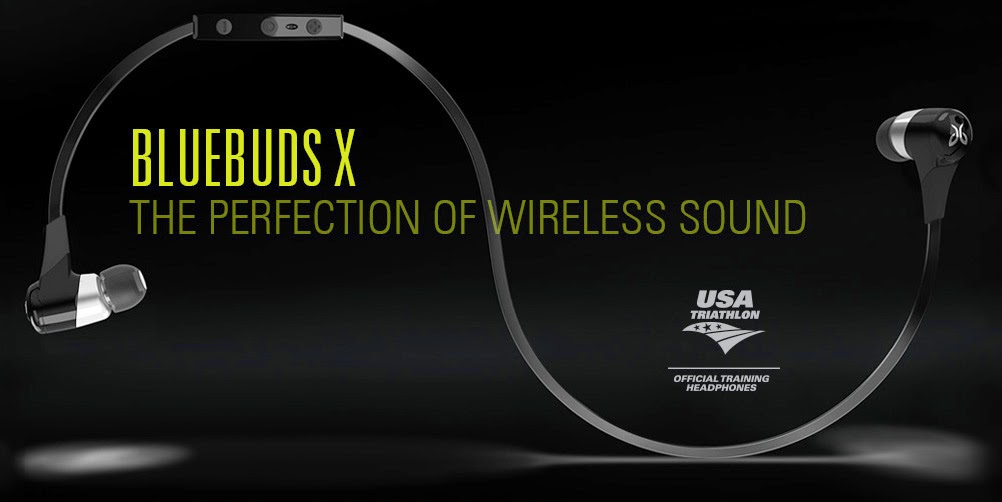 For the new toy option, I'd recommend a set of Jaybirds Bluebuds X bluetooth headphones. It comes in a handy clamshell case (so you don't need to use the above method,) and has a short strap between the left and right earbud. Charging is simple as one of the buds opens up to reveal a mini-USB charge port--same as all my Samsung Galaxy chargers. They ship with a couple of rubber flaps that lock into your outer ear to hold in place as you run. It takes a little getting used to, but they stay in for me on short, fast, slow, or long runs. On one of the buds, there's a control button that turns the headphones on and off, adjusts volume, and advances songs all at the touch of a button vs. stopping to skip a song by opening up your actual device.

For the iPod snobs, it won't work with the Shuffle but will work with iPhones, iTouch, and iPod Nano (2nd generation with Bluetooth 4.0.) I use mine with my Samsung Galaxy S4. I often have my phone for safety, pictures, and my second source of music. If you happen to have a dreadmill run in the gym with a good data plan, or WIFI, you're "golden" with your Samsung, Jaybirds, and Pandora playlist.

For my birthday this week, my family pitched in and got me a Garmin Forerunner 220...apparently, I've been grousing under my breath for awhile that I was due for an upgrade. I am now on my third generation of Garmins as I started with a Forerunner 205, 110, and now the Forerunner 220.

Both of my previous Garmin's still work, yet each one provided an upgrade over the predecessor. Two things I didn't like about my Forerunner 110 was the lack of history (lost from the previous version) which I regained with the newer 220. The second was the "clunky" vampire tap cable used on the 110. Yes, it eventually broke, but I am able to "jury rig" it to still work using a rubber band. I did like the fact that I could use the 110 as a regular watch which I often used. 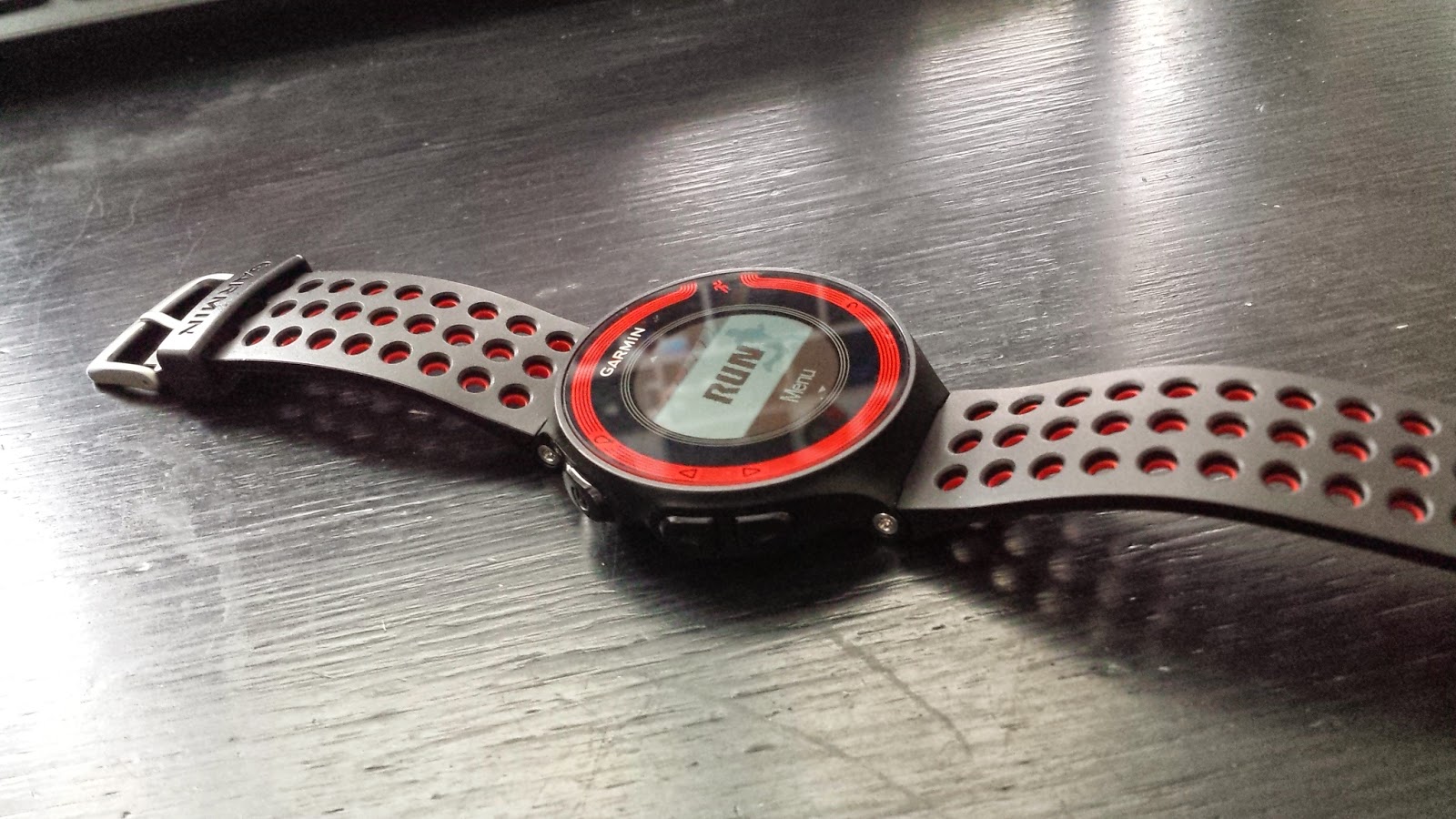 The electronics in the 220 are clearly updated. The high resolution color display is crisp and easy to read in the dark or in direct sunlight. I've also noticed in the short time I've had it is that the satellite locks in much quicker. No longer will I be tilting my arms trying to get a signal on my wrist. The 220 also has bluetooth so I'm able to synch with either the cable or via bluetooth--both my PC's now have bluetooth which I also use to send running pictures from my Samsung (non-running tip #2--WAY easier than emailing them or texting, and free.)

If that's not cool enough, with the Garmin Connect Mobile App, others can track your position. Great for tracking within a race or for safety reasons!

I got the version (WITH) the heart rate monitor strap (the 110 also has this, but the 205 does not.) I don't always run with a HR monitor, but will use on occasion to see where I'm at relative to my zones (I've had them calculated twice now.) "Nobody puts baby in the corner," but my 110 will go to the bottom of my run bag.

I'd like to say I found this one on my own, but local ultrarunner Michael Aish uses this one. He's my running "man crush" so I reached out to Simple Hydration for a test drive. We all struggle with this one depending on how long your run is and how you carry enough water to "cover the run." I guzzle a lot and if it's anything over 30 minutes, I'm normally carrying water. I also have a watermark (pun intended) on how much to carry depending on the length of the run. One thing I absolutely loath is any kind of water belt...I feel this weighs me down and impacts my lower back and hips the most over a long run (anything over 12 miles.)

Simple Hydration has an innovative design that is curved to fit into the back of your running waistband or run belt. WARNING: Try this without tying your shorts and you will be displaying ham to the neighborhood which could either be a bonus or get you arrested. The hook hangs onto your waistband and doubles as an ergonomic fit while drinking. 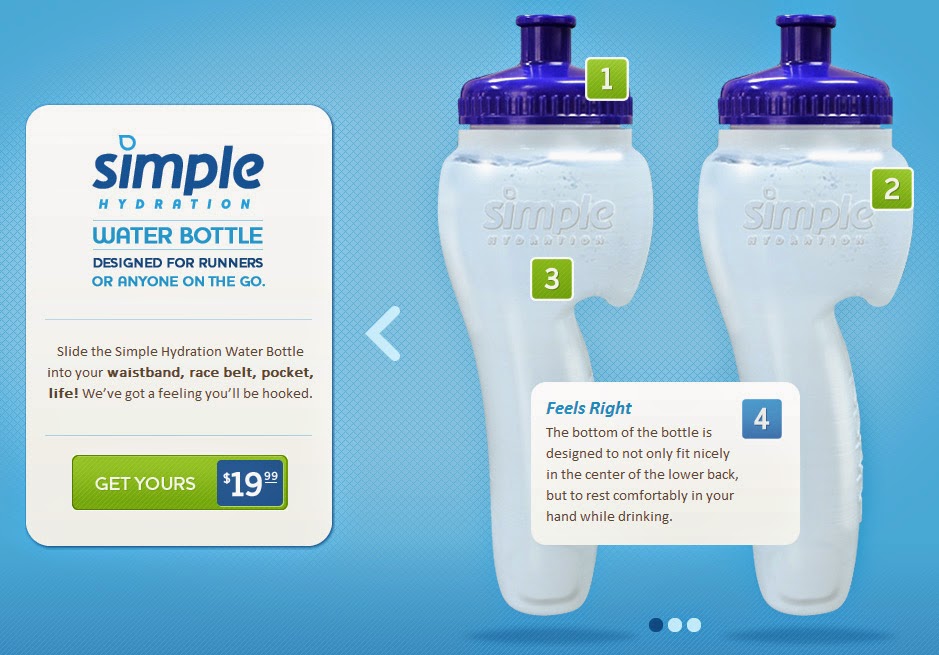 After a couple trial runs, I used this in my last half marathon. Depending on how much you ingest, it carries just enough (13 oz.) to get you through a half (perhaps relying on one or two of the race water stations. Their website says 3-10 miles.) The advantage for me is that I like to take in some Generation UCAN during a race, but I'm not a professional with a team or water table to take in my own nutrition.

I was surprised at the Slacker Half Marathon to not really notice I was carrying the water (that's the whole idea!) and have the advantage of some UCAN (good enough for Meb...good enough for me!) Getting it in and out of my runbelt was not an issue at all during the race.

There's my three favorite new toys--have you tried any of them? Would love to hear from you or send me a line down the road if you try any of them out.  Email me at ty AT SeekingBostonMarathon.com (spelled out to avoid spammers) or send me a DM on Twitter.

And don't forget to vote for me and SeekingBostonMarathon in the Chocolate Milk Contest! 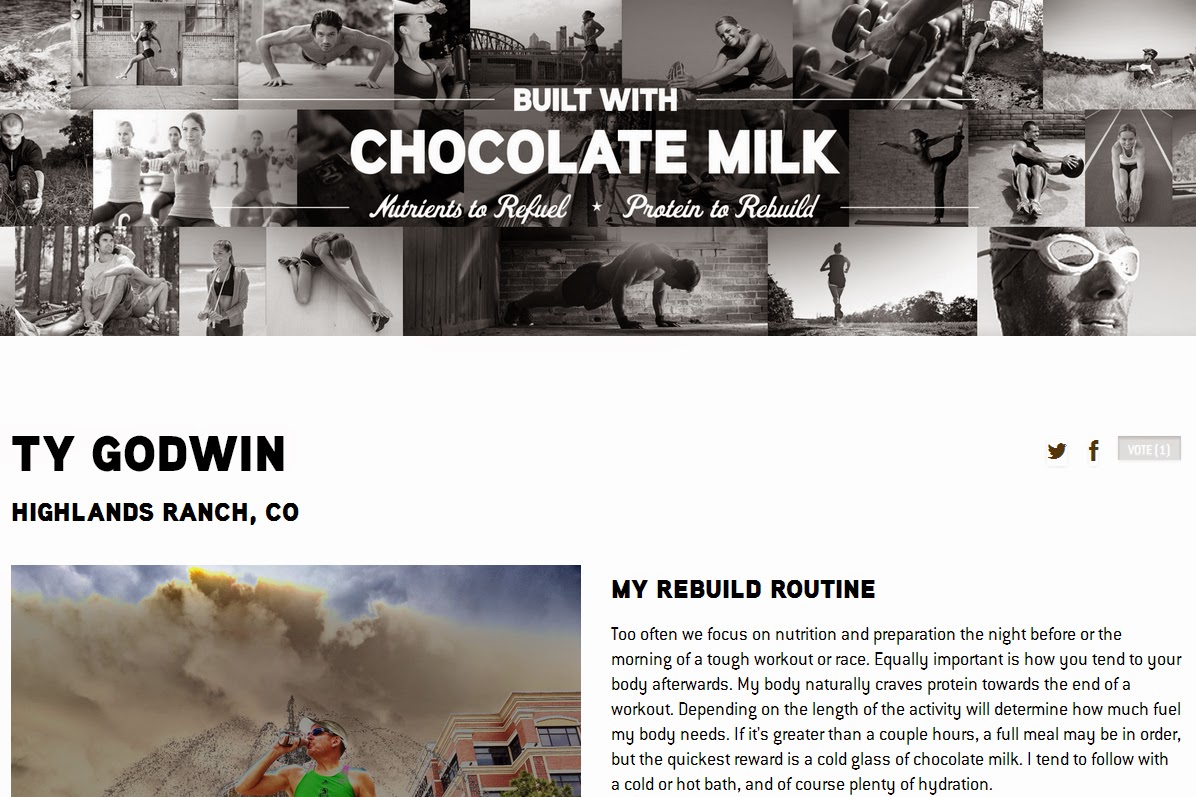