I sat down with my run coach earlier last week, I realized that between now and the Boston Marathon the race opportunities are narrowing down, and we both agreed it would be good to get some race adrenaline going.  Jumping off the calendar was a "home-court advantage" race at the Winter Distance Series at nearby Hudson Gardens in Littleton, Colorado.  Fast and flat...just like my Jr. High School girlfriend, so I figured "sign me up!"  I have run a few of them before, and it is fun to run into (no pun intended) many running friends. Being ten minutes from my home was a bonus.  They offered a five and ten mile race and I opted for the five.

A few of my run club friends had also signed up for the races which was fun to warm-up and race with people I'd been training with.  The "Snowman Stampede" did not live up to it's billing since the weather was spring-like for the five miler with little wind...it picked up a bit for the later ten miler.  A real snow man would have melted, but no one was complaining.

Prior to the race, I spotted my age group rival. Shit.  My training has gone well, but this dude continues to smoke me.  He looks like when he's not running, he's pumping iron.  Regardless, I figured, I would do my best to push him and myself.

I did not beat "King Leondidas" as he's rumored to be nicknamed "the guy from 300."  I'm up to maybe the "guy from 80" and notched my second 2nd place age group award of the year.  I pushed myself, but didn't overdo it as I have a much bigger race ahead.  I could not have beat him this day, but that is what drives me. It's always a good day when you pick up some hardware.

I have joked before about the "Seeking Boston Marathon" photography staff.  There is none.  There's also the notion that 2013 was the year of the "Selfie." The opposite opinion is that we have become waaaay too self-absorbed and should resist the urge to use the phone screen's camera and extend our arms to snap pictures of ourselves.  Double the penalty if you do the "duck face."  I don't do duck.  Being a blogger, it's impossible to give up the selfie.  As one of my Valentine's gifts this year I got a Muku Shuttr remote control which happens to be the  #coolestgiftever

What you say is a Muku?  Simple enough, it's a bluetooth-controlled remote control for your Android (I'm the anti-establishment) or iPhone camera phone.  It comes with a plastic arm that plugs into your earphone jack which sets up a tripod effect.  Set it on the ground, bench, or bedroom dresser and you "click away" with a device that's about the size of a thumb drive but much slimmer. 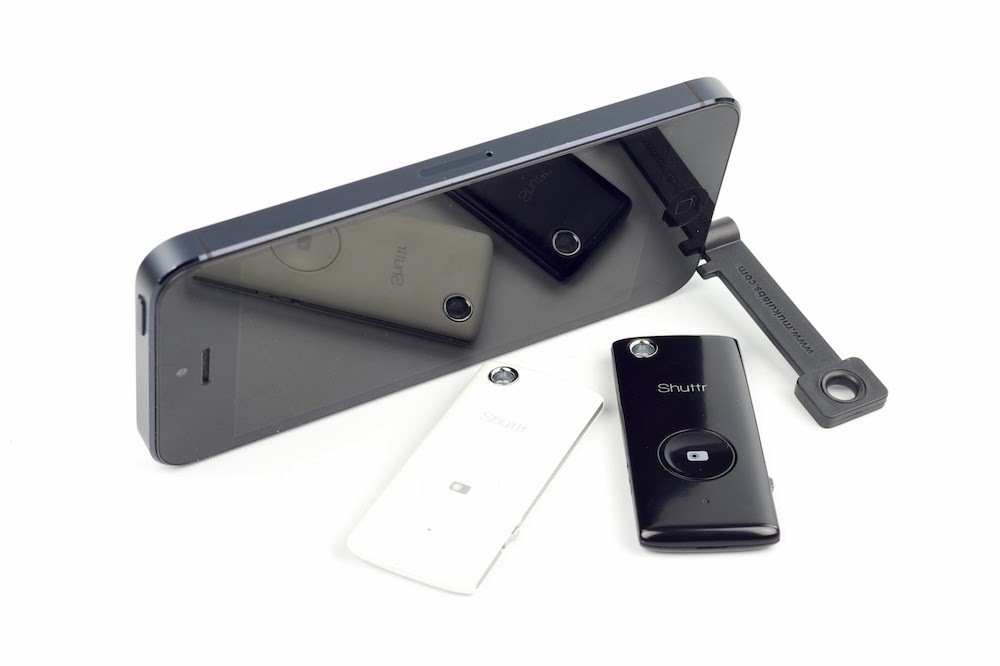 In other words, I can now take pictures of me running instead of standing around afterwards dripping in sweat.  Best part is that with a phone like the Samsung Galaxy S4, it takes INSANE pictures assuming you are holding the phone steady.  Problem solved with the handy tripod.  I snapped a couple pictures after my race and absolutely LOVE it!

Every time I start a marathon training plan, it looks ominous.  Sixteen weeks and over five hundred miles and I haven't even started.  As each run, day, week, and month goes by the adrenaline builds.  I started my one-man hashtag pilgrimage to the Boston Marathon with #100DaystoBoston.  As I've shown here, I created a 100 square matrix and planned to post each day's workouts for the one hundred days leading up to the race.  Dumb idea as that's a lot of photos and photoshop.  I am hoping that runners training for Boston are enjoying my journey along with those that are not running Boston.  Early on, the matrix looked pretty flippin' empty.  It has served as a good source of motivation to have to post each day and now see that I'm approaching the halfway point.  #bringiton 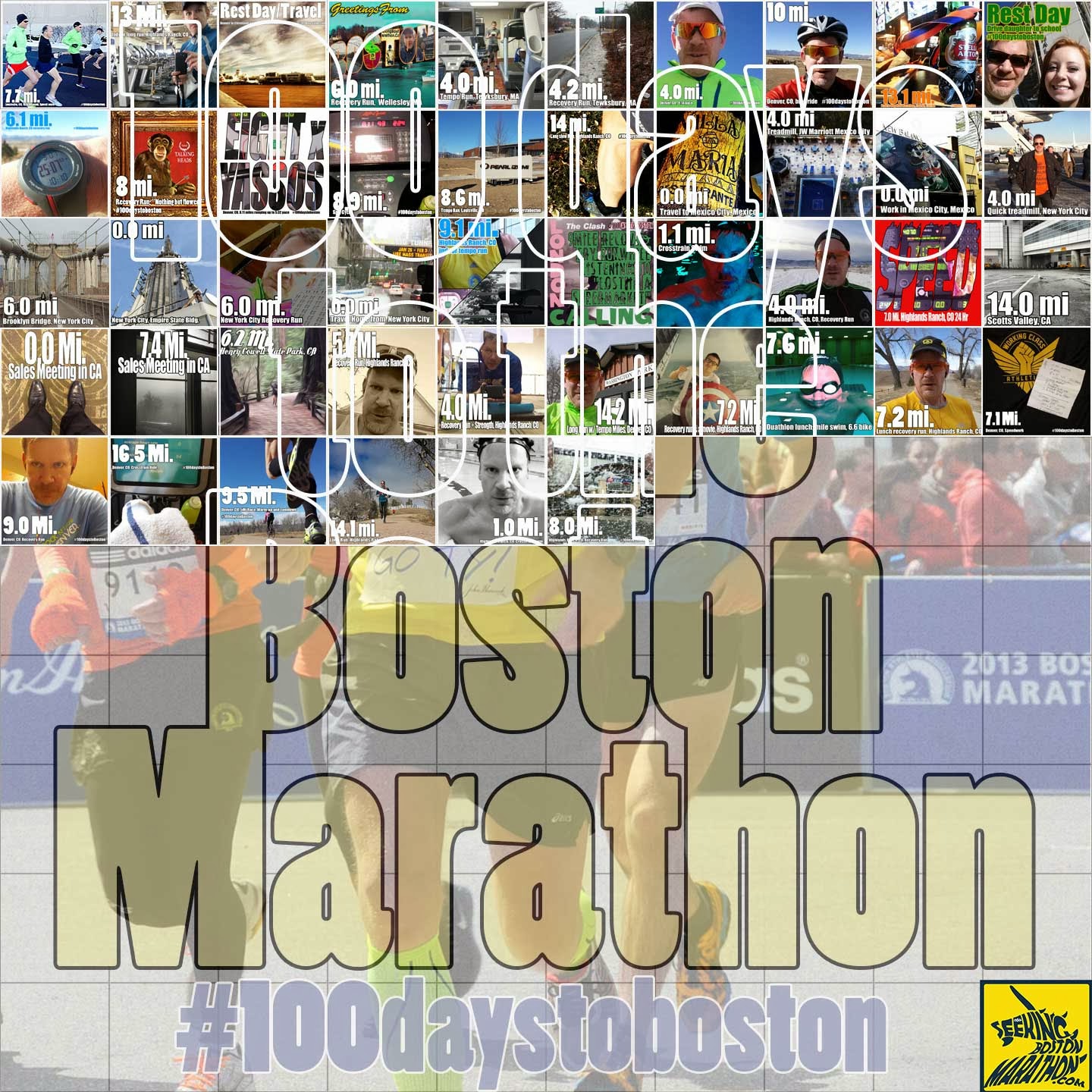