Just a quick update for all those that have asked (Thank you!) about my surgery on Tuesday. Dr. Cohen from About Skin Dermatology performed Mohs surgery to remove a basal cell carcinoma from my nose. Could fate have picked a "less obvious" spot than the center of my frickin' face?!

Mohs has been around for awhile and is described as the least invasive (oxymoron) approach to extraction of a cancerous tumor. I guess it's "less" from the standpoint, that they didn't take a melon ball scooper to my face, but it is surgery and they are removing part of your face. Slightly scary stuff.

As I stated in my last post ("The Little c,") I was optimistic in that it was categorized as basal cell vs. melanoma and that I jumped into action as soon as I recognized something wasn't quite right. How could I tell? When a spot appears or something that looks like a zit, but doesn't heal, then you want to get it checked out.

The surgery was classified as outpatient and was performed at Swedish Hospital where my sister works. It was good to have the family nurse and her husband there that morning to wish me well. They instructed me that I could be there for as many as five hours as they would go in and remove the affected area, perform a biopsy in the lab, then stitch me up.

Preparing me for the removal, they simply injected my nose with lidocaine to numb the area. There were no other drugs (yet) so I was conscious the whole time. I avoided eye contact with the needle injecting my nose ("just a little pinprick...just nod if you can hear me...is there anyone at home?") The needle didn't hurt, but there was a bit of burning sensation as the medicine spread into my nose and turned the skin white. I couldn't tell what was really happening as the bright operating room light shined in my face, but at one point, I could tell he was snipped flesh. Sorry...gross...but that's how it went down. 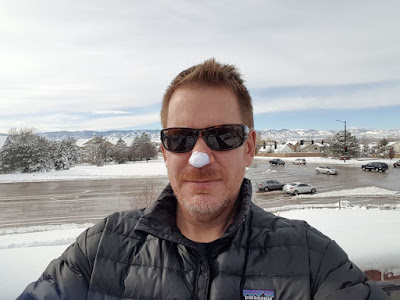 Once the sample (how's that for a tumor euphemism?) was out, we waited for the results. I "lucked out" (if you could call it that) in that they got the entire area in the first wave. I asked how they could tell...seems to me they would have to test my face, not the sample. Think of it as a "pie crust." If the edges and bottom are okay, they got it all. That was the case here.

After that, they numbed my ear to remove a skin graft to cover the wound on the tip of my nose. The inside of the ear most closely resembles the nose with pores. The graft was between the size of a cigarette butt and a dime. She asked if I wanted to look at it in the mirror, which I did and also took selfies that will go in the vault...unless you have a morbid interest, they will stay there.

I was surprised how quick phase I (cut) and phase III (graft) took. This Dr. had clearly seen a few "rodeos" in his day. He's nationally (and international) renowned and had a fantastic bed-side manner. I didn't cry (don't judge,) but I did make use of the stress ball a couple of times. After all that, the nurse did an amazing job with the "dressing," but I look like a white-nosed reindeer. 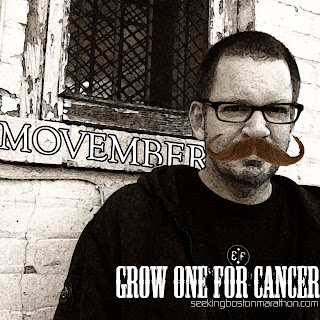 Post surgery, they want me taking it easy for two weeks to allow the skin graft to take hold. I'm still in the walking boot for a couple of weeks for my stress fracture so I'm down to zero exercise at this point which is starting to drive me nuts. I will go in after Thanksgiving to have stitches removed hopefully, but they will want bandaging on for a total of (likely) five weeks. Ugh! Can we photoshop Thanksgiving and Christmas?

Hard to say how things will heal, but he said there are likely laser and dermabrasion treatments for me in the coming months. I joked that if I had a scar, could he make it something cool like a Mickey Rourke bar fight scar? Perhaps a vintage Nicholson in "Chinatown." That would be a bit more machismo than Rudolph. He said he would do his best.

(Author's Footnote: As I discussed with my last post, I debated writing about this. How much bad news would it take before alienating the few viewers I have, and is this really entertainment? I decided that it's therapeutic to write about it, and it's also an education opportunity for runners and anyone on the dangers of sun exposure and prevention. My reckless youth written differently could have avoided this.) What can you do? Cover that sh*t up...and wear sunscreen when you're out on a run and contribute to my Movember PAGE.
Email Post
Labels: about skin dermatology basal cell carcinoma dr. joel cohen skin cancer