Some mail days are better than others. Bills and junk mail normally clog the mailbox, but checks and run-related gear are more fun to find when you turn the key to find what's inside. I have been traveling for nearly ten days and came home to find a few exciting things worth sharing.

I wrote about Tracksmith awhile ago. They are a Boston-area based run apparel company focused on high-end retro run gear for men (women's line is coming out in Spring '15.) I ordered their BQ singlet several months ago and they finally produced the singlet which arrived with a hand-written note saying they will be rooting from their offices at mile 13.1. They also have a New York version (I may have to order) and requires verification of registration to order the shirt. High quality and crazy cool designs. 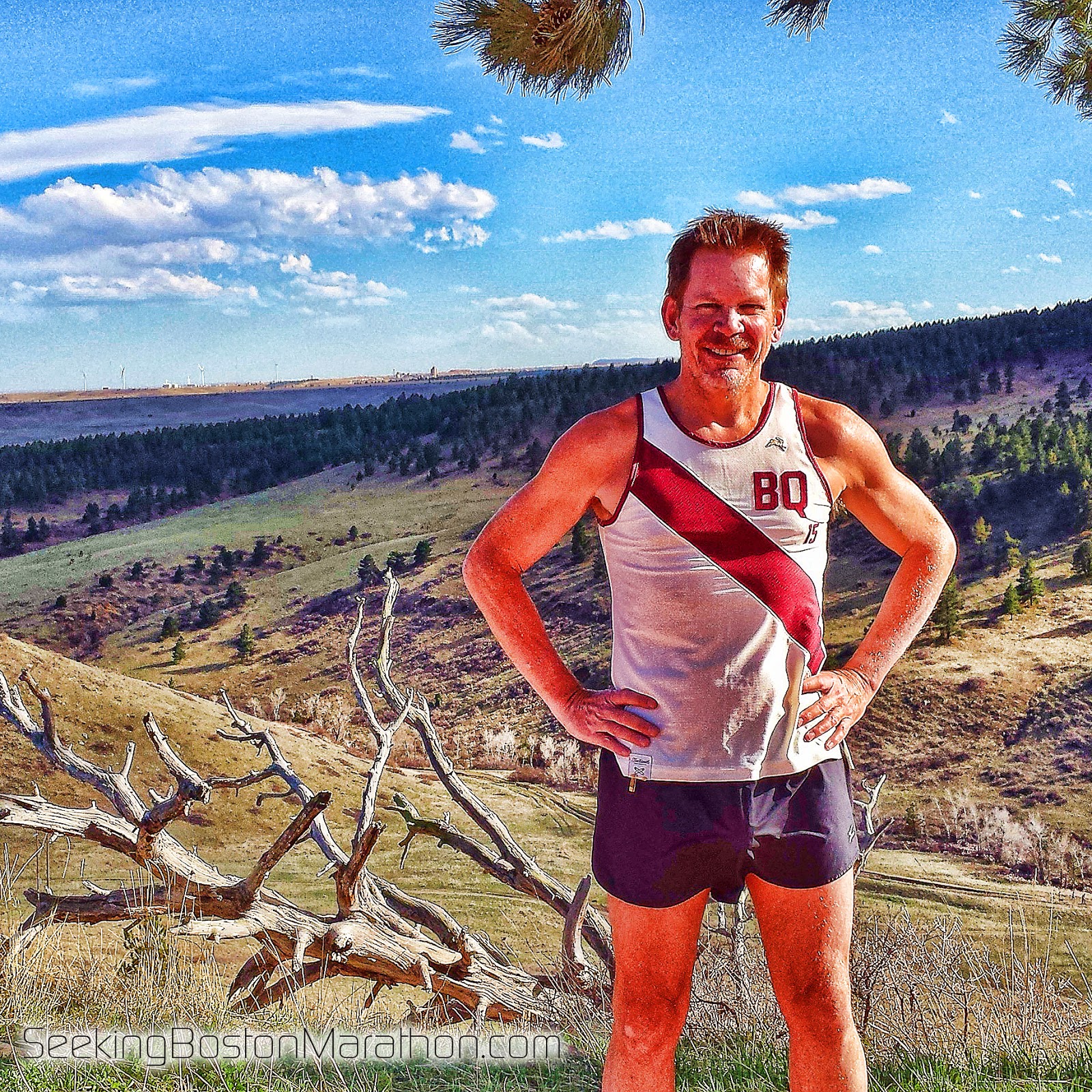 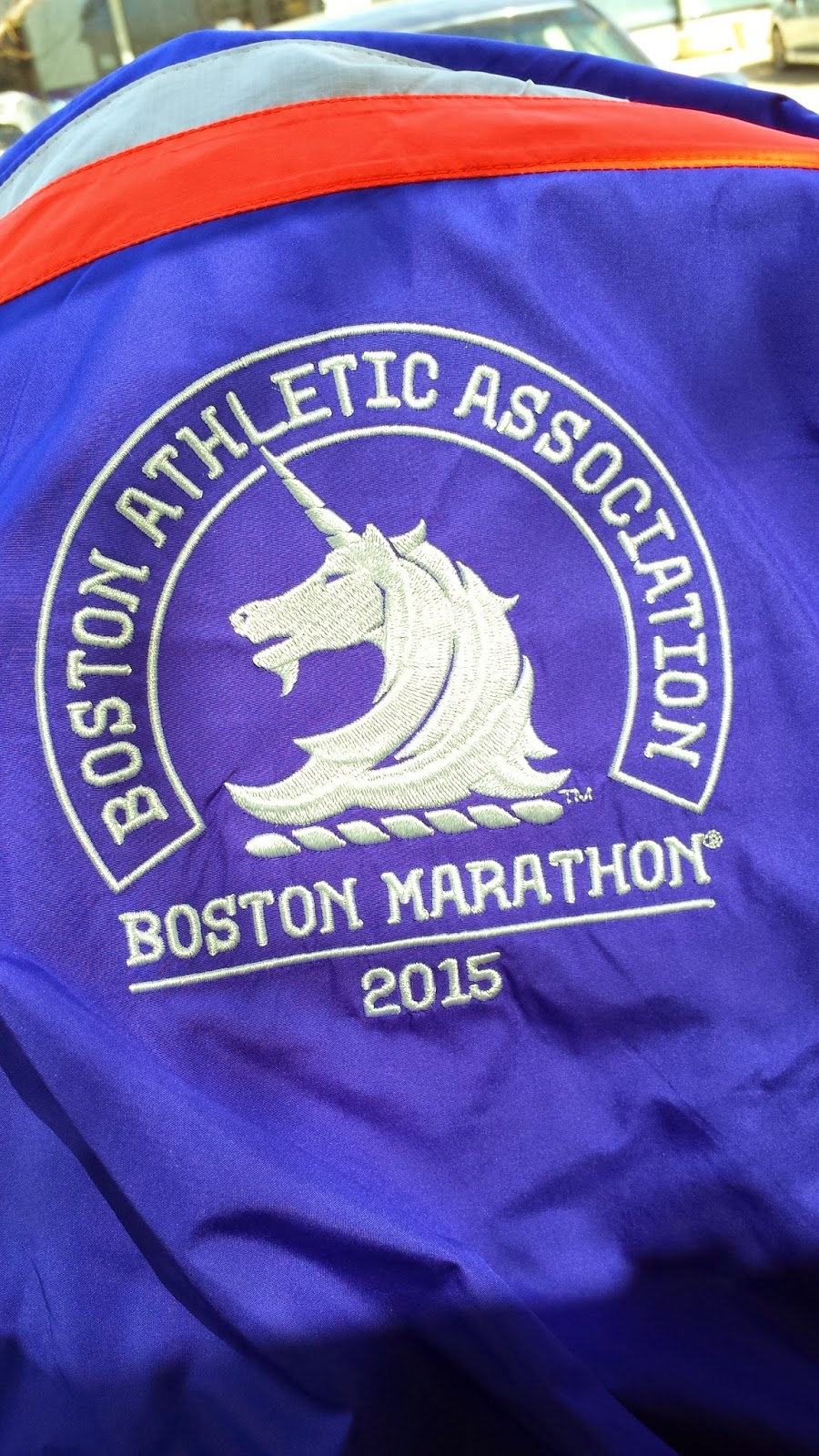 jacket. I ran in 2011 when they had the green and black design, but opted to use iron-on logos vs. the traditional stitching. Last year was the ice-cream truck version; orange sherbert with those god-awful stripes on the back, but the stitching was there. This year, they cut corners again, and used the same design (with ugly stripes) but went with purple. My wife's comment was that it was rather feminine. My comment was that it wasn't as ugly as last year's jacket. I lean towards the symbolism and sense of accomplishment with the jacket vs. what color or design they use. I wouldn't want to come across as complaining, I loved opening this package even if it's a purple jacket...and no, I won't wear it until I cross the finish line. #Superstitious

I redesigned my logo quite awhile ago, but still had an ample supply of stickers based on my first blog logo. The only problem with version 1.0 was that they used paper backing, and would not hold up as a car sticker. For the Boston Marathon expo and upcoming FitBloggin15 conference I'll be speaking at, I wanted a version that could go on a car so I ordered three inch square vinyl stickers. I bet you want one, don't you? First ten that post on my Facebook (I'm upset with them right now,) and in comments below will get one either handed out in person in Boston or dropped in the mail as inspiration to get your BQ.