First off, I have to apologize as I've been off the blogger grid, but with Boston a mere 31 days away, I've been anything but dormant. Work has been busy (in a good way) with a fair amount of travel which has cut into my second career as a runner and writer. The travel has been manageable as it's mainly been domestic west coast travel. Over the past couple of Boston Marathons, I've had my share of international travel which can be a lot of fun, but heinous on the marathon training schedule. Traveling west is much easier on the body than traveling east and I've done a good job of scheduling my travel to not just get the runs in, but capture some fantastic runs on the road. 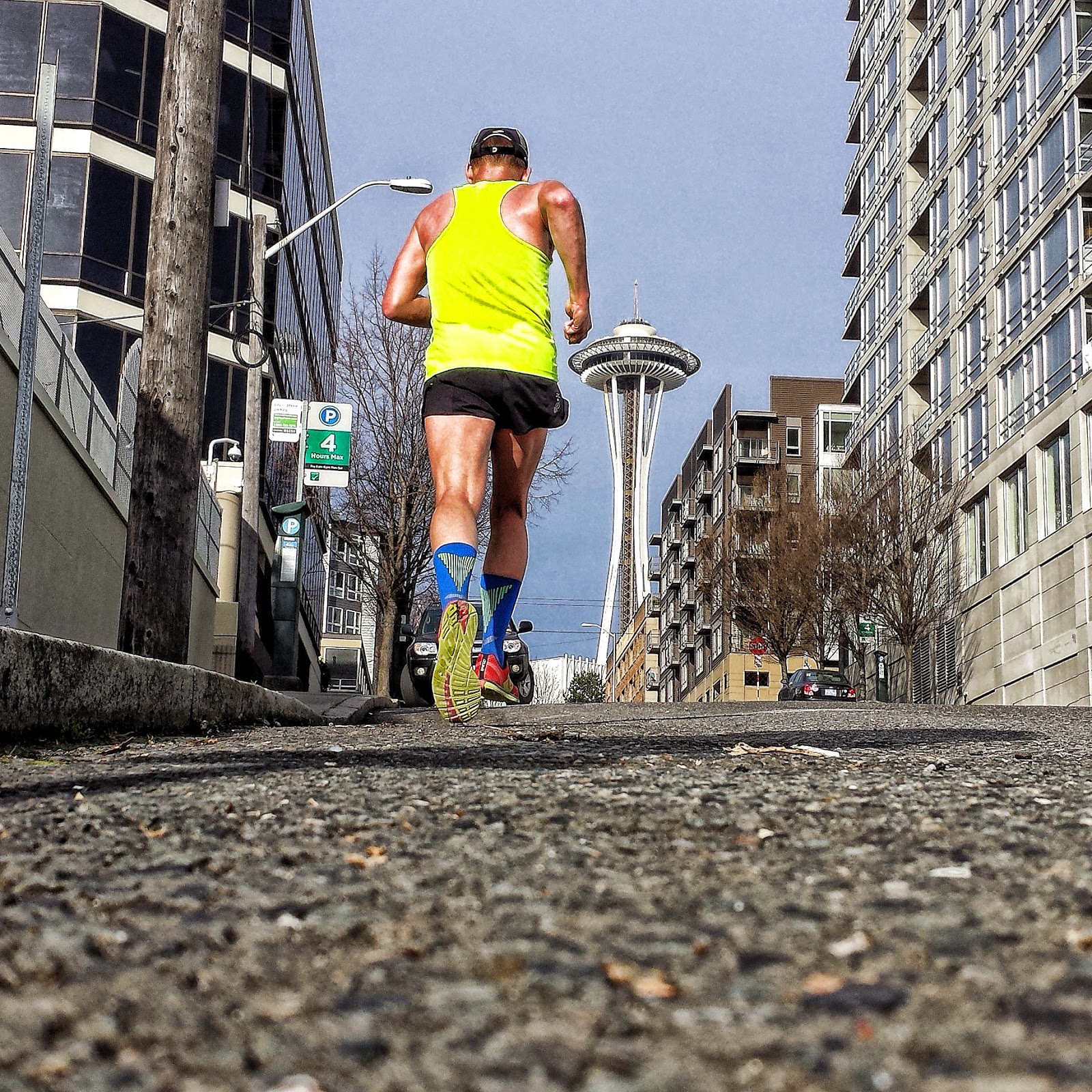 I have to admit, I was nervous, or downright scared (understatement) eight months ago when I had serious doubts if I could return to racing at the level I was at prior to my accident. The broken ribs and separated shoulder were a concern, but a bigger concern was how would my collapsed lung rebound. As I've wrote here, I've had two simulated Boston Marathon training runs over the last month that have been huge confidence boosts. As I write, I'm sitting at 539 training miles en route to the Boston Marathon and during my nine mile recovery run this morning, I was thinking, "too bad Boston isn't next Monday" as I feel ready to run a marathon.

This didn't happen overnight and seems that only in the last few weeks, I somehow "turned a corner" and feel as strong as I've felt in a long time a month away from a marathon. #knockonwood

I do have some superstitions and I probably cursed myself with the confidence I'm putting in writing and a lot can happen over 30 days, but I like where I'm sitting. Not every day, or every week has been perfect and in fact, I had a bit of a scare this last weekend. My energy has tended to "ebb and flow" a bit depending on the training that week and the travel. Last week I headed out to Seattle and had a couple good runs at sea level along the water downtown. Tuesday was a eight mile tempo run that was absolutely fantastic and pushed myself a bit with a 7:14 overall pace. This was a mere three days after a simulated Boston training run of twenty miles. Not a surprise that Wednesday was a "chore" to knock out a recovery run again in Seattle before heading to San Diego for the weekend on Thursday. 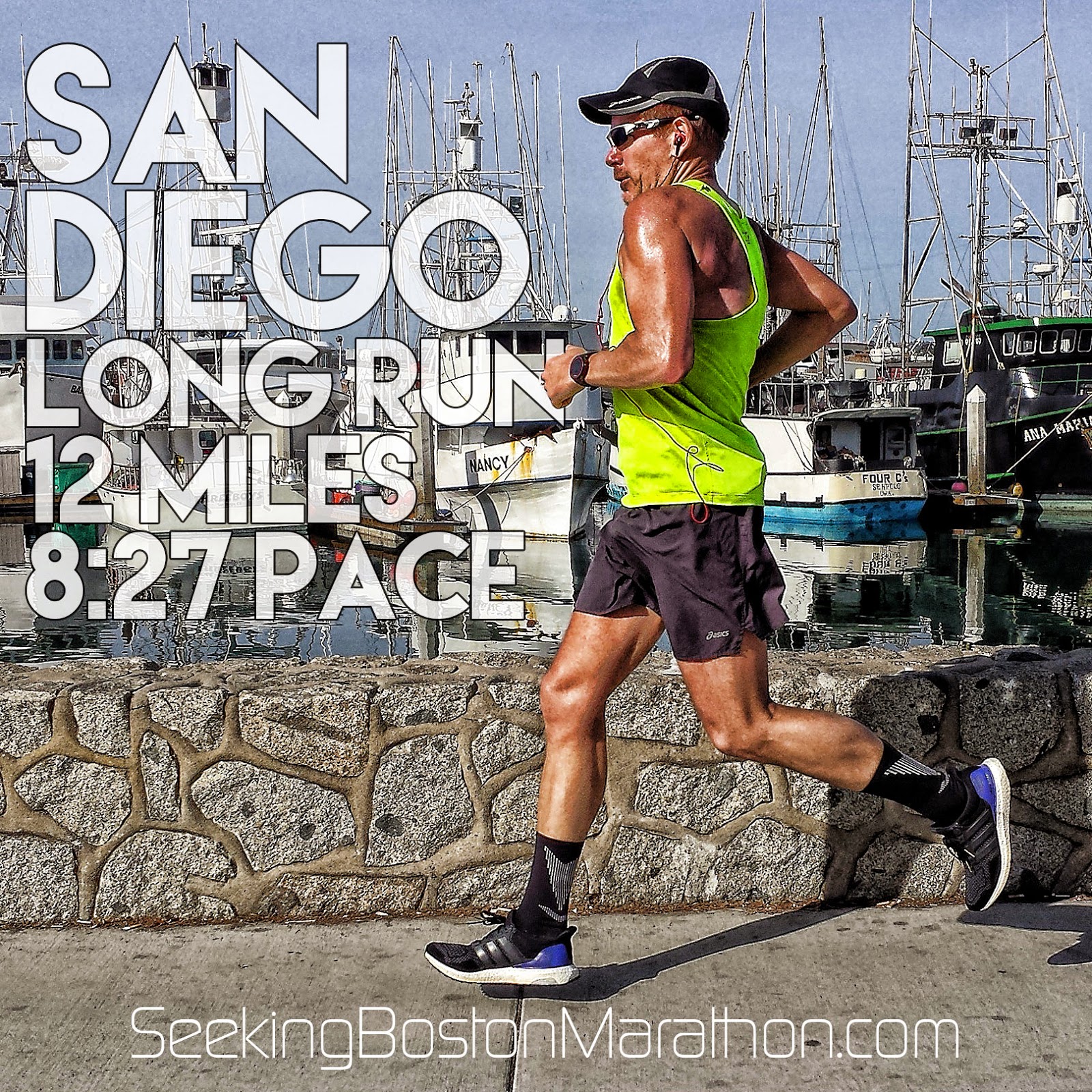 I took a rare rest day on Friday. I've typically worked out seven days a week with one day off every third week. I clearly needed the Friday rest day as I was still a bit sluggish on Saturday on a nine mile tempo run around Ocean Beach (San Diego.) During my two mile warm-up, I was traversing my way towards the waterfront along the surf and tourist sidewalks. The sidewalks are old, cracked, and buckled, and I was clearly dragging my tired feet as I caught the lip of a section of concrete and took a nasty tumble. This would be the first fall since my fateful fall last July, but fortunately, the butts of my hands and right knee took the brunt of the fall. My ribs were fine, but I completely torqued my back which would be in pain for the balance of the run.

The following Sunday morning, I felt like an old man getting out of bed as my lower back wretched in pain. I emailed my run coach that I wouldn't be doing my long run. After running my son to the airport, I picked up coffee and donuts for my wife and aunt and figured I would be "laying low" this
Sunday morning. Stubbornness and stupidity kicked in after half a cinnamon crumb donut, and I decided that I would try and run a few miles to see how my back responded. I ran twelve. I didn't push the pace, my back was tender, but it loosened up along the way. The San Diego piers and scenery was pretty, but my awkward gait was not. 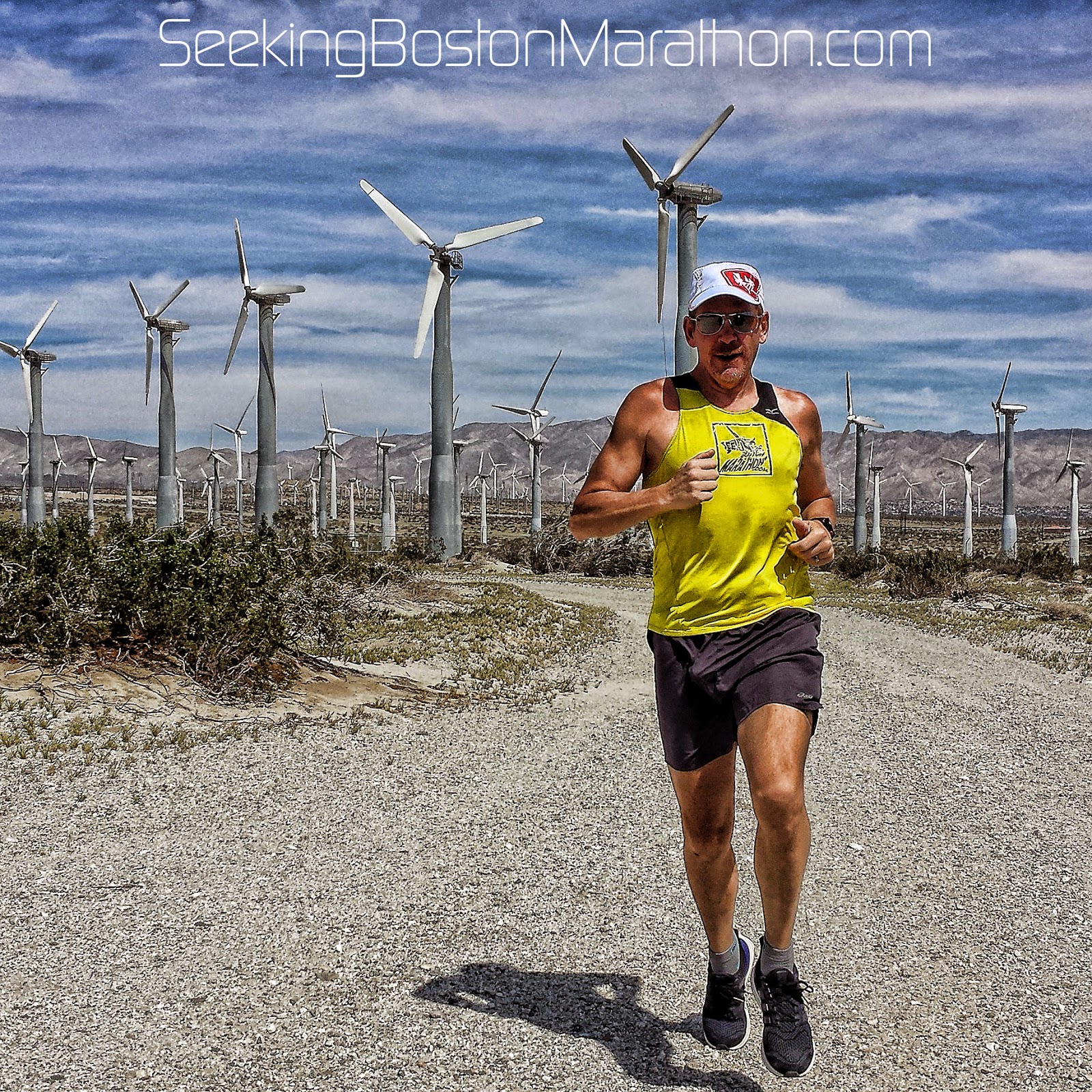 My wife and I continued on our Southern California Spring Break by driving over to Palm Springs for the week. We both needed a break and this vacation was intended to focus on relaxation, avoiding the work laptop emails, and of course maintaining my Boston Marathon training. My back was giving me "fits" up through Wednesday and my ribs were hurting at night which was disrupting the sleep I desperately needed. Early in the week, the workouts were routine; swim on Monday, recovery (with stomach issues) on Tuesday, and a "modest" tempo run on Wednesday. As prescribed by my coach, I stuck to the core/strength training getting in solid workouts each day on top of the running. I even added a second workout on tempo day adding another mile swim for the week.

With ribs hurting, my sleep on Wednesday night was not the best yet I woke up feeling full of energy on Thursday. I was hoping for something light on the training calendar, but today's recovery day was seventy five minutes. Not for the timid. For nearly a week, I've felt either exhausted or battered. As I started out on my eight plus mile run, I felt invincible. It was nothing special. Slow pace (8:34 minutes per mile) but my energy was insane, and my heart rate and lungs felt like I was walking. At several times during the run, I even broke out my "air drums" as I ran to my iTunes. I couldn't help but think of the irony in that seven months ago, I wasn't running yet and when I started back up, my heart felt like it was going to burst out my chest like the alien in "Alien" at a 9:20 pace. I showed up a bit battered and tired in Palm Springs, but leaving having taking the desert by storm.