On Saturday, it will be four weeks from the triathlon bike crash that sent me to the hospital with four broken ribs and a collapsed lung. Another Seeking Boston rehab update. Crash post HERE.

In some respects there has been a lot of progress, and in others it seems like the healing process isn't happening quick enough. I sense my family is tired of asking,

"how do you feel today?"
"how did you sleep last night?"

Not so much that they are tired of asking, but I'm tired of the  same answers. I met with my general practitioner last week and he "tweaked" my pain meds since I had still been waking up every 1-2 hours in pain and needing another pill. If I slept (rarely,) a full three hours, I would be in intense pain. Regardless, this has been my biggest challenge and that is night-time pain management and getting some decent sleep. I went back to work last week which overall has been great, but sitting in an office chair for periods of time or talking for long periods of time tax my body. 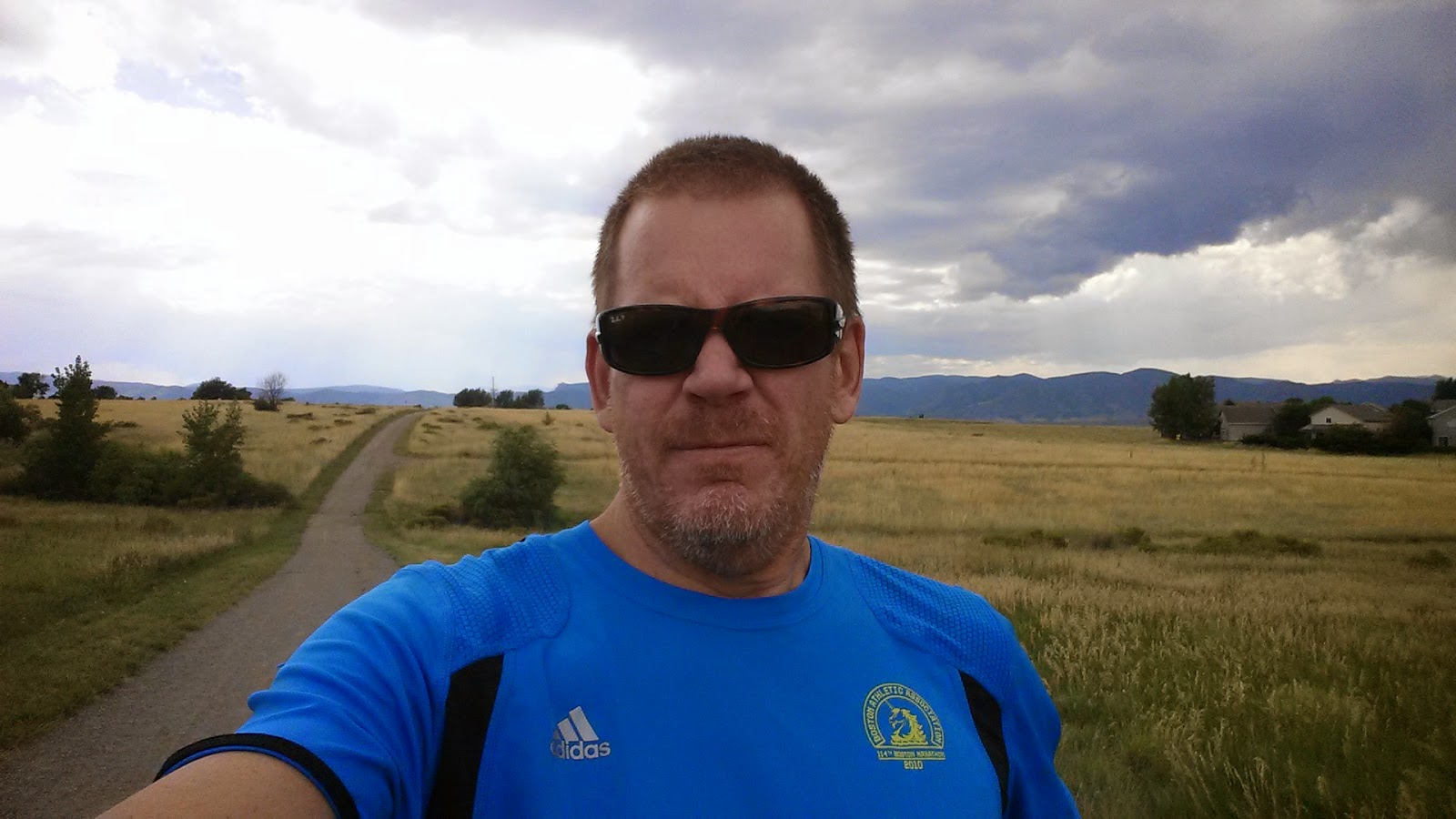 Some conference calls, you merely have to listen and occasionally "chime in." My toughest call was a nighttime Singapore (their morning) call where I had to cover the first 30 minutes. I was short of breath near the end. On a call with my boss this week, I had the same thing happen. It's a bit disconcerting to get out of breath merely talking when six weeks ago, my lungs were in the best shape of my life. Given that, my company has been great telling me to ease back into it and understand when I need to sneak off for a nap in the afternoon, or last Friday when I cancelled my call with my boss altogether because meds were wreaking havoc with my system.

On a positive note, I had two nights that provided a bit of a breakthrough in that I slept in blocks of four hours. I am hoping that I hit a new phase of my recovery and that's going to be a positive trend. Last night however lapsed into one three hour block, intense pain, and disrupted 30 minutes to an hour of drug sleep until my work alarm went off.

Some have recommended sleeping on the side of my broken ribs on a pillow. Even on my highest dose of drugs, I can't do this even for a couple minutes yet. For someone that proclaimed that I can't sleep on my back, I've set some kind of record as that's all I've done since July 19th. I'll "take" the progress of those two nights with four hour sleep "blocks. " This is infinitely better, but it's still a rough night's sleep.

When you're little, there's the concept of "ask mom, ask dad," and take the best answer. When I asked my Dr. in the hospital how soon I could get back to training, he looked at me like I was crazy. He wanted six weeks off of any exercise, and travel. My general practitioner is a bit more liberal and suggested I could start mild "non-impact" exercise this week. I am following his advice.

I took two long walks last week which was awesome just getting out in the sun and getting a bit of a sweat worked up. Surprisingly, there was no temptation to try and run even 100 yards, as I'm taking my rehab advice quite literally so I can get out there as soon as possible at the best possible strength. Yesterday, was the first time I drove a car. Something that hasn't happened since I got my license back in the '70's (going three weeks without driving.) Yes, I am a time traveler.

The other "first" was my first time back on a bike. Don't get that excited. Not that thrilling since it was a stationary bike with no dangers of a 30+ mph wipe out on a downhill corner. Regardless, it great to get the legs turning over a bit. A day after the bike ride, I went out for my longest walk yet of 3.5 miles. While this was encouraging, it was discouraging to be winded walking up a hill. My how far my training has slipped. I know...I know...I can't be that hard on myself as I was in ICU a mere three weeks ago with a collapsed lung, but I am anxious to get back to where I was before the accident.

Getting back to work has been great for my recovery and so has some mild exercise. My energy at the end of the day, end of the week, and on the weekends is not where I want it to be. I am burned out on the television, but that's good news for my writing as I've been blogging more than I have had time for in recent months and produced (at least what I thought was) my funniest illustrated video blog of the phone scam guy that called me and how I turned the tables on him see POST HERE.)

I have filed a claim through my home owner's insurance on my bike, helmet, tri-suit, etc that was totaled in the Rocky Mountain State Games Triathlon. Still waiting on what they will cover and whether or not I replace the Trek Speed Concept 7.0, or go after something like a Specialized Shiv. For now, my totaled bike is sitting in the bike shop collecting dust. I didn't want the daily reminder hanging out in my office.

I feel sorry for my wife as I'm sure I have been a giant pu**y throughout this ordeal. I guess I fit the stereotype there of a tough athlete that turns into a big baby when they're sick. I miss date nights, fine wine, intimacy, and cold beer. Without getting into details, extreme pain and narcotics are not good for the bedroom, and man is not meant to go very long without sex, beer, AND running. How much can one guy take?

At least I got to drive a car this week. One step at a time.

Footnote: I surveyed readers on whether or not they would expect to hear from a race director in a small race that sent them to the hospital. Overwhelming response was "YES!" I had written it off until I ran into the parent of another athlete who raced that day on my son's team. He spoke to the race director a couple days after and told him how serious my injuries were and that I was in ICU in the hospital. I'll paraphrase, but it was something to the effect of "because of liability," I can't call him. Some gave him the benefit of the doubt if he didn't know. He knew that day as I saw him run over to me with his walkie talkie. I now know he heard of my situation a couple days later. Oh well. Unlikely, I will race there next year. The final insult was I was guaranteed a podium as there were only two others in my age group with attendance way down from 2013. My guess is that 2015 will be even lower with this kind of karma. I will move on.
Email Post
Labels: bike crash rocky mountain state games triathlon trek speed concept 7.0 Triathlon