Nobody Puts Baby in the Corner But I Do

Nobody puts baby in the corner.

This week has once again swirled in controversy around "The Jacket."  Or a lot of flak around the jacket (badump badump.)  When I started this blog, the group I ran with had a number of (mainly women) who would wear their Boston Marathon jackets during a training run or post-run in the coffee shop.  I was "green with envy" over the typically blue and yellow Boston Marathon jacket. 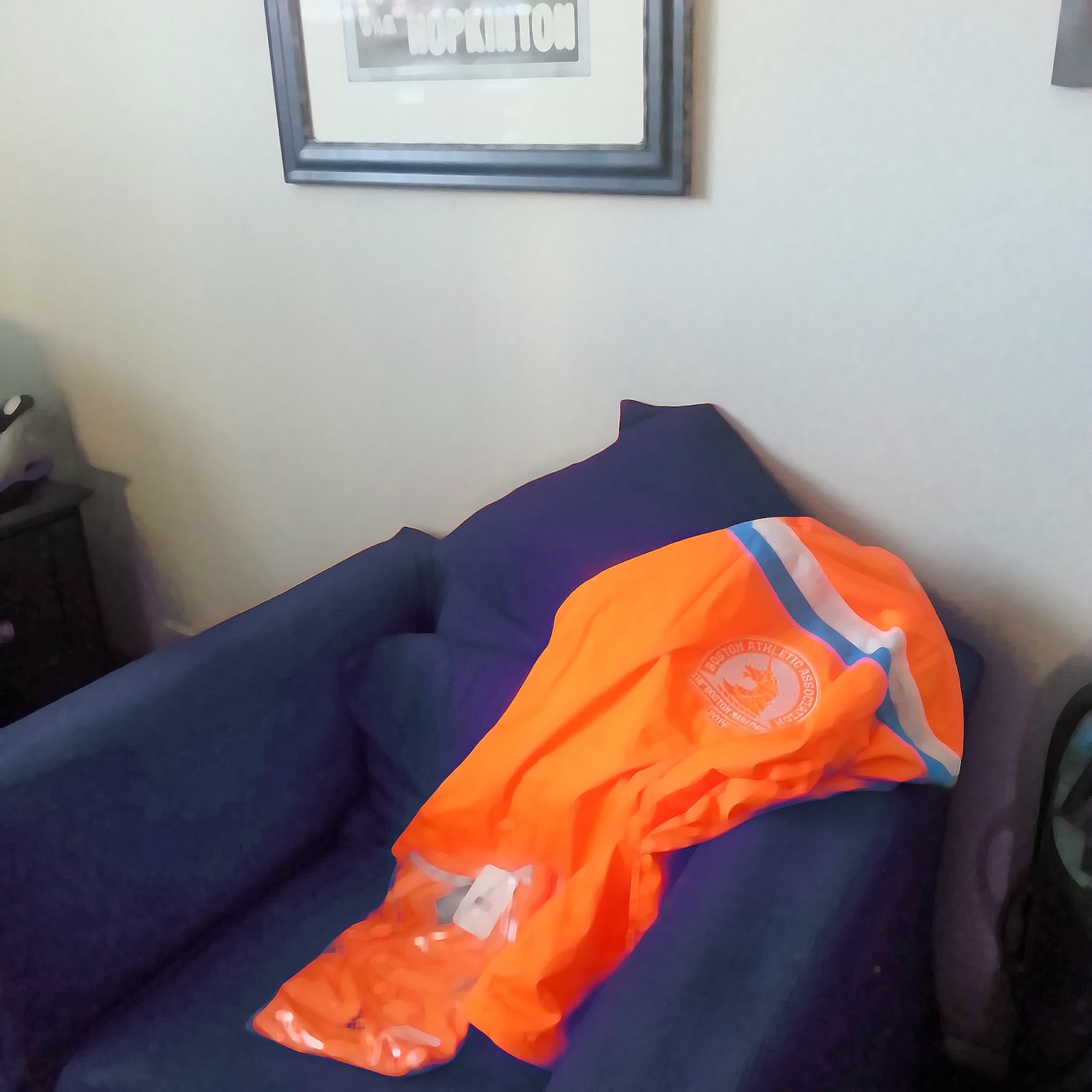 The first Boston "Celebration" jacket I wore was the traditional blue and yellow in 2010.  Call me "shallow" (Hal,) but putting on that jacket felt like Tiger Woods putting on his "Masters" yellow jacket.  It's the only sport where mere mortals can try and qualify and race amongst the worlds greatest runners.  Last year's jacket went back to the traditional blue and yellow with some black trim.

The last "controversial" jacket was in 2011.  That was the green, silver, and black jacket year.  Good color combination, but a vendor snafu lead to a silk screened jacket vs. the traditional embroidery.  Not a big deal you say?  Yes, if you never intend to run in it, sweat in it, and wash it.  We all have race jackets with silkscreen that withers away after a finite number of washes.  Boston Marathon becomes "osto rat." 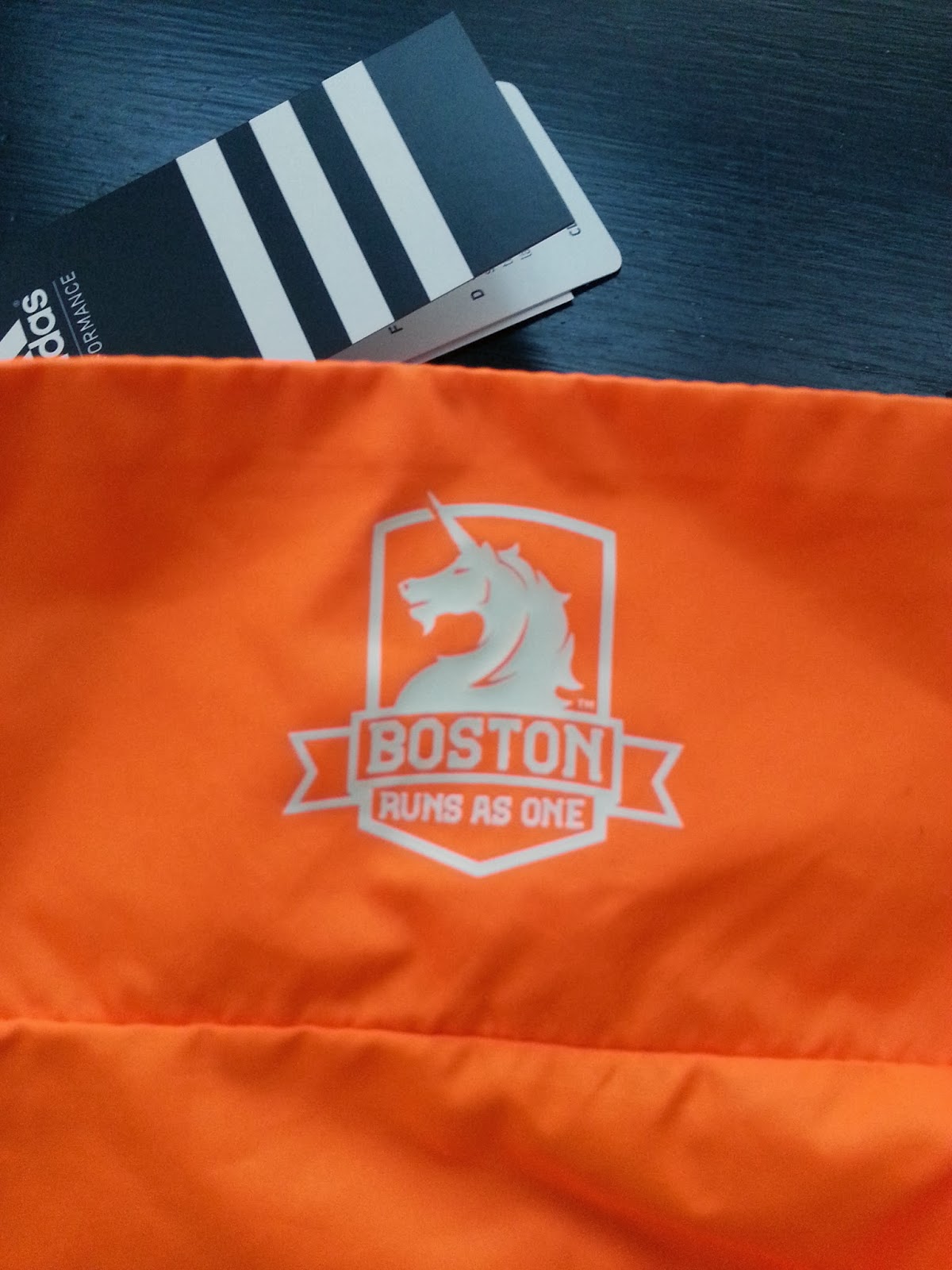 Which brings us to this year.  Like I did last year, I ordered my jacket for delivery to the house.  Not wanting to leave anything up to chance, I want a guarantee I'll get the jacket.  I'm not sure if the same individual that did the green and black "osto rat" jacket did this year's jacket, but they're not very popular in social media this week.  The knocks against the 2014 jacket start with the primary "Creamsicle" orange color scheme.  Many wanted a patriotic color scheme this year, but peyote intervened and we wound up with a novelty ice cream scheme...adding in an obnoxious light blue and white stripe across the back. #barf

I love Creamsicles (especially the orange ones,) but I can honestly say, it's not a color in my wardrobe for a reason.  It might work as a bridesmaid dress you'd only wear once or an 80's tube top, but not as a Boston Marathon jacket color.  Other knocks include the lack of a ventilation flap and that they removed the embroidered 26.2 from the back collar and replaced it with the "Boston Runs As One" unicorn logo.  I'm not sure why you need "26.2" on there anyway unless it's to eliminate a few of the non runner questions, "how long was that marathon?"  Nice touch with the "Runs as One" logo, but it's silk screened, and won't be there for very long unless you store away in the original plastic wrapping never intending to wear it.

Given all the above, I love the jacket.  Just like my other three, it will still serve as a symbol for hopefully running my fourth Boston Marathon.  I have enough (two) blue and yellow jackets so I didn't need a third.  I've met many runners who would (not literally) "kill" to have this year's jacket and what it means to qualify and run in the race.

For the purists out there, no, I have not tried the jacket on, I won't wear it the next couple months, and will not wear it around Boston the three days leading up to the race.  It is called a "celebration jacket" indicating that you actually completed the race.  For now, I have put my Creamsicle "baby in the corner."

As a footnote, I have nothing wrong with any of the runners wearing their 2013 jacket who did not get to finish the race last year due to the tragic events.  We all deserve to wear that one.
Email Post
Labels: adidas boston marathon jacket boston marathon celebration jacket Boston Marathon Jacket