A long time ago in a running store far,
far away....

Little did you know that the Star Wars films are filled with running quotes that until this post were not summarized for the running world.  Having seen the first Star Wars movie originally in the theatre and having two teenage boys, I know enough to know that the first movie is not episode one, it's actually episode four.

Whether you're a Star Wars geek or not, you've seen one of these classics.  With hours of research and careful scrutiny, I've plucked the top "Run Wars" quotes. 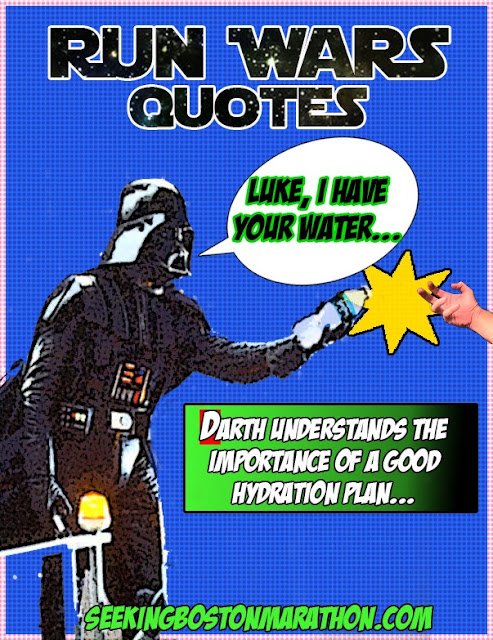 2)  "Runners have nice buns." (Princess Leia.  She should know, she had two sets of them.) 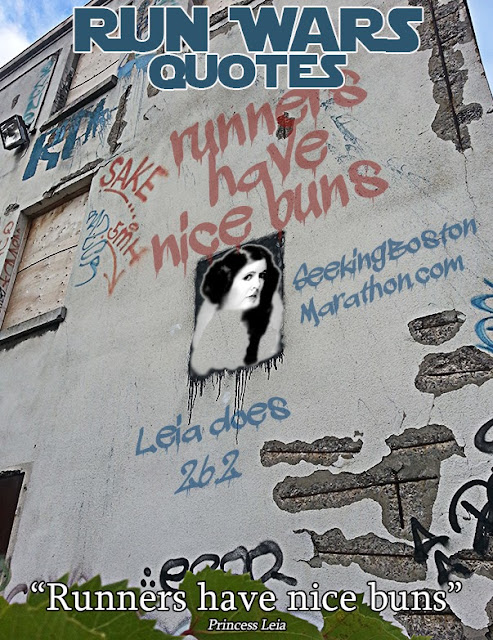 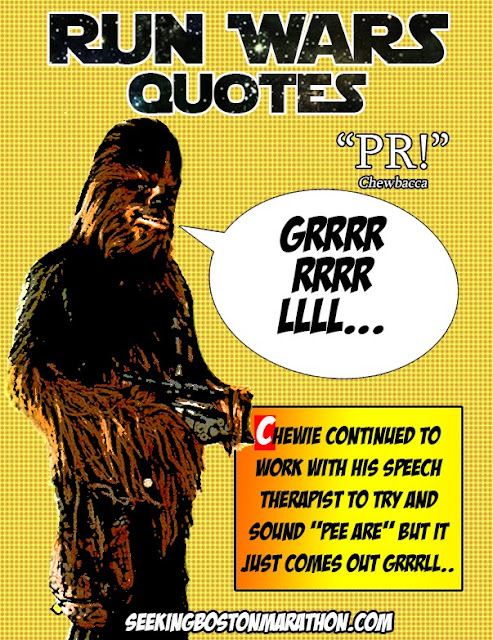 4)  "Glide you must use, or nipple bleed you will." (Yoda lamenting the long run where he forgot his BodyGlide.) 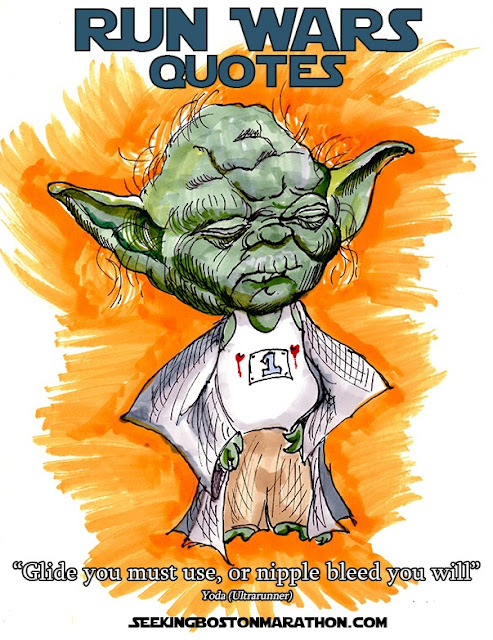 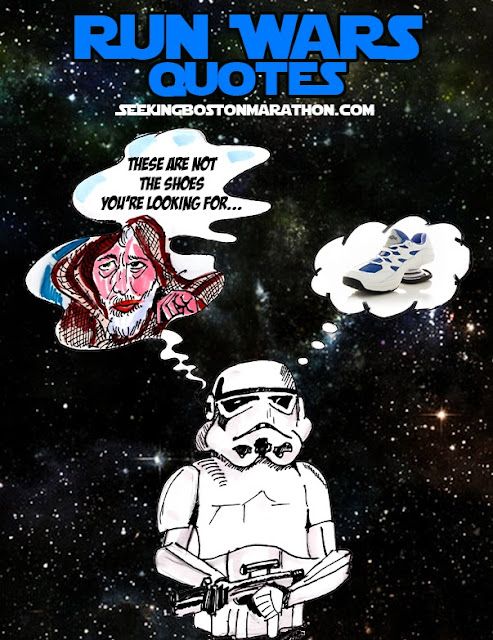 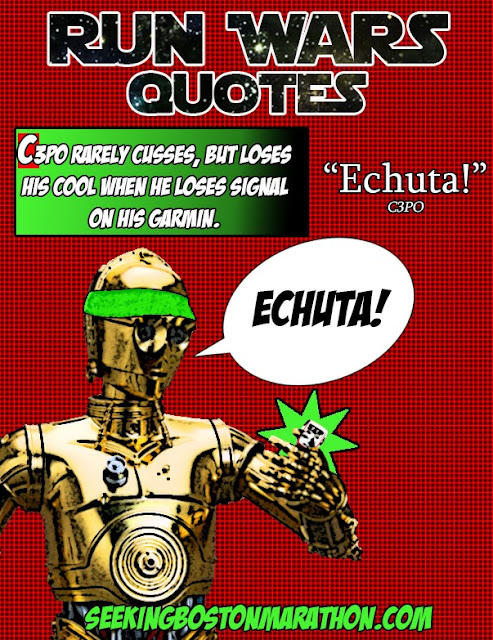 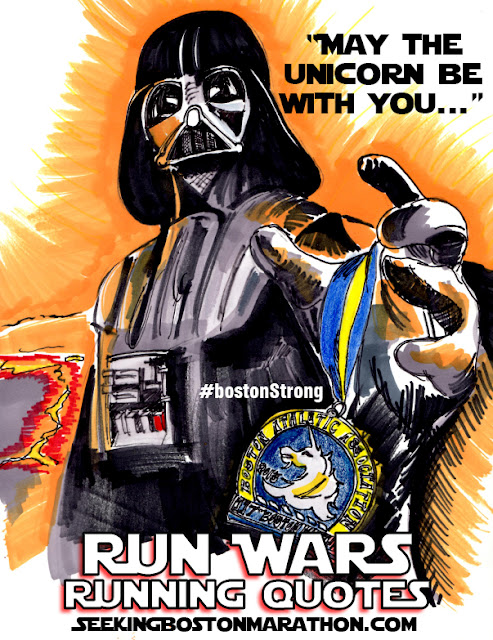 May the unicorn and the run force be with you.  Let me know which ones I may have missed?

Drawings and photoshop work courtesy of Ty and SeekingBostonMarathon.