A Long and Winding Road


As I’m stepping up mileage in week four, the mileage starts to inch up on the Saturday long runs—this week will be 13 miles. The question is, how do you mentally get through a given long run as monotony, fatigue, and a tweak becomes more than a tweak? For starters, variety is the spice of life—if you’re like me, you’ve exhausted all the trails and route options from your home. In my case, I’m anywhere from ½ mile to 2 miles from the nearest running/bike path which means you have to traverse side streets and housewives driving their urban assault vehicles with little regard to runners—(defensive running comes into play, but that’s a blog for another day.) I’ve plotted five different directions from my home, and I’m bored with all of them having run them so often. 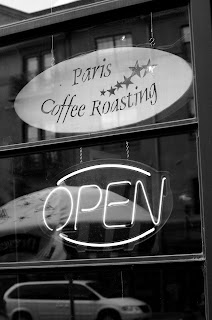 For my first marathon () in 2007, I trained entirely on my own—NOT recommended. Last year I got hooked up with fellow runners and running groups which introduced a wider variety of destination runs—driving to a starting spot. This is a huge help as you get real tired (no pun intended) of running the same routes over and over.

Some of the cooler destination runs in Denver are Waterton Canyon, the Highline Canal (I like starting at DeKoevand Park in Centennial,) the Platte River (you can run from Highlands Ranch to downtown Denver and beyond—plan a run to meet your spouse at the Paris on the Platte for the coolest coffee in Downtown Denver after the 14 mile run .)

Joining a running group this year (Runner’s Edge of the ) has been a huge help in the variety of runs as they have a different long run every Saturday. They mark the distances and where to turn along the way and have water and light snacks (gummi bears or mini figs.) Shedding the water belt on a 13-20 mile run is worth the membership alone.

So you’ve got a cool route, you’ve shed the water belt, but you still have to run the miles. How about getting through the mental part? Running with others at your pace is a huge start. There’s usually light conversation throughout and motivation from others as you’re hitting the higher mileage. With organize 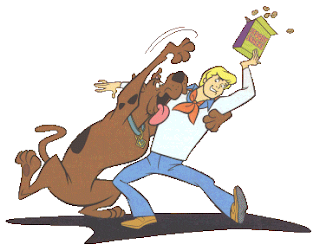 Other tricks I’ve used include breaking down the miles mentally—it’s much tougher to think about running 20 miles than it is to think about running out 10 miles and “heading back.” Think about running 10…then you merely have to run another 10. Scooby snack rewards are another trick. If I’m carrying a gel, I will usually take in some nutrients every 4-5 miles. Get to mile 4…Scooby snack…get to mile 8…get another. On hill ascents or if I’m getting tired, I’ll pick a point not too far off in the distance, and tell myself, “let’s just get to there.” Once there, I pick another target. If all else fails, rotate the iPod playlist often—just don’t do the iPod in a running group (running group faux pas) or in suburbia—unless you want to be housewife roadkill.