Three Things Thursday: Gulp, Back on That Horse, and Big Apple

No...I haven't been ignoring you, but life has been busy (I've been on a plane going somewhere the last seven weeks.) I have also been in a bit of a state of limbo. For my up-and-down state of running and injury, I have progressed from a walking boot (starting end of October) to a gradual return to running. The later is all good, and the stress fracture in my left foot has progressed quite a bit with the
long layoff and conservative start back up. Given that, my mind is relucant to say I'm 100% back to normal as the occasional "tinge" in my foot reminds me of the long list of sh*t injuries I'm trying to forget from the last 20 months. Metaphor intended...it's been a long road getting back to where I want to be.

Back on the horse

As I've done with the previous three injury related layoffs, I have taken a conservative approach to returning to running, but an aggressive approach to getting back. The later is largely a focus on strength and stretching. For my shoulder, hip, and now foot, I have leveraged the physical therapy program and advice from Steadman Hawkins in Denver. I have also been listening to the runner "whisperer" Meb Keflezighi  whose book, Meb For Mortals extols the virtues of a strong strength program. If they gave out medals or PR's for leg  and glute strength, I'd win some kind of award. Given $100 on a bar, I could crack a walnut with my butt cheeks as a "bar trick." You could say, my "pistons" are ready for a ramp up to marathon training and a summer of triathlons. 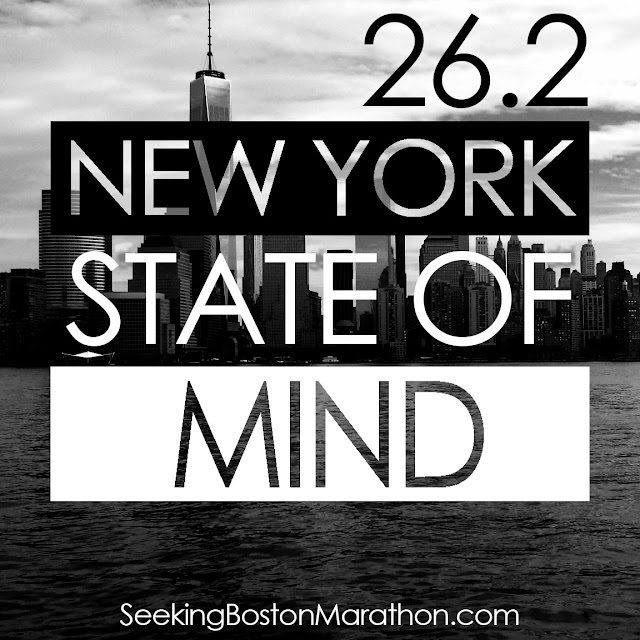 With a ton of emphasis on strength and time in the pool, the swim leg of my triathlon game is as strong as it has perhap ever been. Given the "gulp" section above, my race schedule is a bit "up in the air" and I haven't put on a race bib in six months. Ay caramba!...I'm itching to get back on that horse, but patience kimosabe.

It's like deja vu all over again. I'm stuck ironically on the unlucky number 13...as in 13 marathons completed (five of which were Boston Marathons.) As I've written here over the last year, my new goal beyond a perennial Boston Marathon race was to qualify to get into the New York City Marathon. I punched that ticket, but my ortho surgeon called me one week prior to racing NYC in 2015 to inform me I had a stress fracture. Just for emphasis, my dermatologist confirmed skin cancer within the same 24 hour period. That's all behind me (hopefully, Mr. foot,) and I got confirmation from the "big apple" this week that my deferral was granted and I've been accepted into the 2016 New York City Marathon. Rarified air indeed. This time, I'll be smart, and perhaps not answer the phone the week before.

(Author's footnote and a bonus fourth thing Thursday, Happy 19th birthday to my son Jesse. Continue doing what you're doing young man. I am proud of you. Dad)