I've run through incessant rain (Portland Marathon,) mud, insane wind (I live in Colorado and sometimes difficult to avoid,) and brutal single digit cold (also a Colorado thing.) As I get older, I get more paranoid that I may encounter something even more dangerous such as a mountain lion or coyote.  Denver "butts up" against the foothills and we get critters from the hills that stray into the city at times in search of food or a good time.  I've had friends encounter a mountain lion on their bike, and my childhood suburbia home even had a stray bear show in the backyard.

Those are mostly all the bad things you might encounter on a run.  Today was more of a random or bizzare encounter.  My day job (which is not a runner or a writer) took me to a sales meeting in the San Francisco Bay area.  I left my cold weather gear at home in hopes of grabbing some outdoor running in shorts san hat, gloves and tights.  My meeting is in the Foster City area (South of San Francisco) within two miles of the San 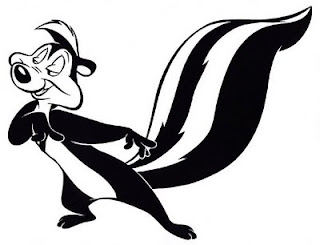 Francisco Bay.  Last week was Boston with snow, a two hour earlier timezone to adjust to, and lots of treadmill miles.  Happy that this week took me to much warmer weather with an hour earlier advantage.  Traveling west is much earlier than traveling east....last week, I had a breakfast meeting and nine miles to get in before I got started.  That meant waking up at 4AM according to my "body clock." I flew home that night getting home at Midnight which meant I was up for 20 hours after running nine to start the day.  I'd have to go back to college to find a similar time span where I was up for that long, but there was no toga involved last week.

My favorite trail in the Foster City area is the San Francisco Bay Trail which is somewhat self-explanatory.  The is a 500 mile route of asphalt and concrete path mirrored by a dirt/crushed pebble track.  Quite an improvement in scenery over staring down a wall or morning news on the treadmill.

The first (or ironic) moment of this run of the mill (no pun intended) run was I headed out in my warm weather gear (by Colorado standards.)  As I finally hit the trail from my hotel, I ran into a number of other runners, but I stood out like a sore thumb...or a runner from out of town.

With the morning cloud cover, the local runners wore gear that I'd wear in Colorado in 30 degree and below temps.  Hats, gloves, running tights and odd looks at "the guy from Colorado running half naked" characterized the bay area runners.  The cool ocean air felt great and fueled my pace as I kept trying to slow down since my new running coach wanted these six miles at nine minute pace or slower.

The second or slightly bizarre moment came with two animal encounters within minutes of each other.  The first was my first ever live encounter with a skunk.  I have seen skunk roadkill before and I've smelled skunk from that roadkill usually through the safe confines of my car ventilation.  As I recounted my encounter with the skunk earlier on twitter, many asked, "did the skunk scatter off, what happened?"  I can only say that my extent of skunk knowledge comes from old Peppy Le Pew cartoons and instinct told me, not to get in his "personal space" and get away quickly.   I retorted on twitter that there was no smelly encounter with said skunk and that I was merely "faster" than the Le Pew.

Moments later after the leaving Pepe behind, I ran past a black cat on the opposite side of the path.  I've seen a few goat roping and rodeos (figuratively) in my day, but now I've got my skunk encounter.  I have to consult my voodoo handbook, but I am thinking that running into a black cat and a black skunk on the same run has to be some kind of divine good luck karma.  A good thing heading into my second half of Boston Marathon training.

Update:  Clearly there is a "colony" of black cats on this route.  On my second day run on the same stretch, I smelled the skunk but didn't run into him.  I did however come across FOUR black cats in a span of a 1/2 mile.  I'm also thinking that's gotta be good luck--four black aces in Vegas is a pretty good hand.
Email Post
Labels: #runchat boston marathon boston marathon qualifying times runner running San Francisco Bay Trail