Seeking Boston Marathon: By the Numbers


A look at the numbers in week twelve of Boston Marathon training with six more to go before the 117th running of the greatest race in the land. 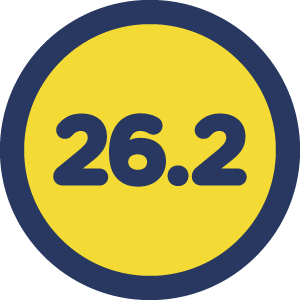 600:  Number of miles I will "crest" this marathon training session.  A new high.

23:  Number of consecutive days of training.  Didn't "hit" 25 as I was on an international flight.  Another new high for me.  Having always observed a "rest day," I don't know my previous number, but it' s not greater than ten.

7:30: My new lactate threshold at a 150 heart rate.  If the wheels on the bus go "round and round," this is where they fall off. Blog post to come.

40:  Years I went before I started running.

4:  Number of marathons I ran before qualifying for the Boston Marathon.

3:  Number of Boston Marathons I will have run assuming I "lace them up" this April.  The 117th will be my third.

13,946:  Number of miles I had to travel this week and last.  That's a long way to carry the running shoes to keep the training going on the road (Boston and Barcelona.)