"New York is where I'd rather stay.
I get allergic smelling hay.
I just adore a penthouse view.
Dah-ling I love you but give me Park Avenue."

Two runs..two different ends of the running universe. This is like some scene out of a movie or some cheap T.V. show from the 70's. A run in New York's Central Park (a must run running bucket list run) on Tuesday and ending the week with a run in the middle of rural nowhere. Green Acres is the place to be.

My busy day job continues to offer variety and challenge with my running life. This week took me to New York City for meetings. There was no way I was going to New York and not run one of the greatest running parks in the world. Central Park is a bizarre oasis in the middle of the "hustle and bustle" 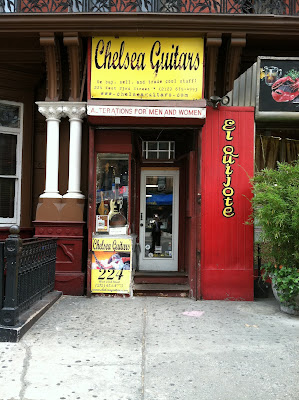 of Manhattan. Getting a hotel in the city is the first hurdle assuming you don't want to pay $500+ a night. A roll of the dice on Expedia put me in the Chelsea neighborhood of the city. I stayed at the Chelsea hotel which is a cool not so run-of-the-mill hotel that boasted pictures of Jay Z in the lobby and Matthew Modine was either staying there or lived there. Cool dudes...how'd I get a room here?

The Chelsea used to be an art school and has artwork hung throughout the hotel. Next door was the historic Chelsea Guitar store on one side and the infamous Donut Plant featuring eclectic donut flavors such as "Pistacio." No...this wasn't my typical Marriott Courtyard business trip with breakfast at Starbucks. Wanting to get a full feel for New York, I planned to take the subway to Central Park after consulting with the hotel's concierge. He also warned me about running on the Northern Harlem end of the park. The subway station was literally right outside my door, but I looked out of place as I entered my Northbound station twice from the wrong side of the tracks.

Confused I entered the Southbound side of the station (twice) walked upstairs, said, "this can't be right" and re-entered the wrong side again. Color me stupid or out-of-towner, a $2.25 subway trip cost me $6.75 but I was I finally headed North to Columbus Circle.

This is the second time I've run in Central Park. Being a movie buff of sorts, it's cool to see parts of the park that have been in so many movies including one of my favorites; "Marathon Man." Marathon Man is a classic Dustin Hoffman film who is being chased by bad dudes in the heart of New York.

The movie has a famous scene of Hoffman running around the reservoir; the
"Jacqueline Kennedy Onassis Reservoir." I was a total tourist complete with fanny pack and camera...actually an amphipod running belt and iPhone to capture some pics and video along the way.

I wrapped up my day with pasta at one of New York's classic Italian Restaurants, Patsy's. You know it's gonna be good when there's signed 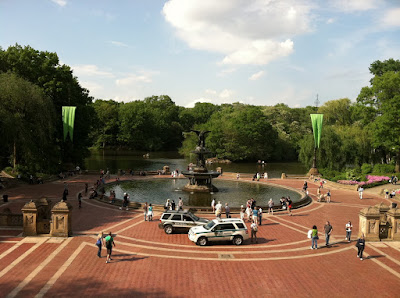 pictures of James Gandolfini and Mayor Rudy Guiliani in the lobby. Fuhgetaboutit!

A late night with clients, a long flight home and another couple busy days of work was my penance for such a cool experience. The scheduling "gods must be crazy" decided that my Memorial weekend in the same week would be spent in Wray, Colorado visiting my in-laws.

"Green acres is the place for me.
Farm livin' is the life for me.
Land spreadin' out so far and wide
Keep Manhattan, just give me that countryside."

Wray is big by small town Colorado standards; two stoplights in town. No Memorial Day 5K's that weekend, and I'd be 184 miles from Monday's Bolder Boulder which included Ryan Hall this year. I've run Wray before in August on a country road that was absolutely covered in dead grasshoppers and pushing 100 degrees--not one of my more memorable runs so I was having a tough time getting psych'ed for this Memorial Day run. While the scheduling gods were crazy, the weather gods gave me a gift with rain the day before and cool temps for my scheduled Sunday long run--a ten miler.

I drove the city on Saturday night plotting my route. The problem with a two light town is that it's tough to map out ten miles in town unless I looped it a few times. The fringes of town are downright dangerous with no sideways or running paths...just a gravel shoulder and semi trucks not used to seeing pedestrians on the side of the road.

I plotted a route through town, then up Alco (rural version of WalMart) hill to head out of town on a smaller county road. Fewer semi's I figured would be the safer bet and more scenic. No iPod for this run, so I could hear trucks or animals coming. Perfect cool temps and a nice solitary run...peaceful...I wasn't thinking about work, my sore left hip, bills, lawyers, quota, or anything except the cool country air in my lungs. Once again, I stopped a few places a 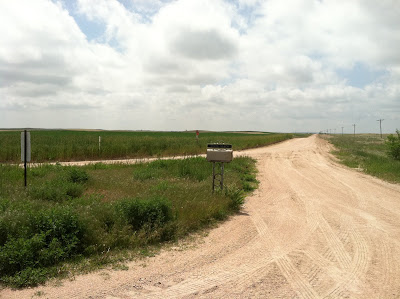 long the way to snap some pictures. I got some odd looks and I don't think it was because of my neon orange and blue Brooks. I got the feeling, they don't see too many runners on these roads--in fact, it may have been the first time I can recall I didn't see another runner. I was okay with that. One of the more peaceful runs I've had.

Two cities that couldn't be more different provided two of the best runs I've had in awhile in the same week.

Footnote: I apologize for the wind in a couple of the videos. I guess I need a foam attachment for the iPhone microphone. Answer to the trivia question? Christopher Columbus of course.
Email Post
Labels: beginning marathon runner boston marathon Brooks running shoe New york running qualifying for the Boston marathon runner running