This is the third installment in my (21 Days) countdown to my next marathon in Portland on October 10, 2010.

I am now in full on taper. As Austin Powers would say, "Yeah Baby!" This last Saturday was the last (short) long run of any significance--a sixteen miler. Given my last few marathons, I definitely wanted to have a longer taper and wound up with what I'd call a modified three week taper. Two weeks prior to last April's Boston Marathon, I ran the same training route I was planning to run this last Saturday. Only difference with the Boston training run was that one was 20 miles, but they both were on a tough route. Given that I felt a bit over-trained and tired at Boston, I was not having any part of a 20 miler on a tough course two weeks away from my race.

My running plan called for 16 on one of the toughest routes our running group, Runner's Edge of the Rockies, takes on--in Parker, Colora 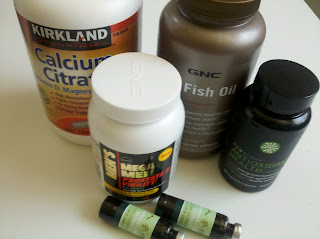 do. We met up for the 6:30 AM start at Runner's Roost in Aurora and headed northeast and then south into the hilly Parker area. The final tally was over 1400' in elevation (gain and loss) so this wasn't exactly a pancake route. As coach Dave put it, races aren't run on crusher paths, so not only was this one hilly, but almost all of it was asphalt and concrete. Bring it on! Intending to "take it easy," I accomplished that on the way out, but probably ran it a bit too fast on the way back with a negative split. This training session, I have stuck to the heart rate training regiment, and also observed the long run rule of running roughly 45 seconds to a minute slower than marathon goal pace. Knowing that over-training can hurt you more than under-training and having over-training sickness in the past, I took the Parker run at a fairly modest pace averaging 8:34 overall with a modest heart rate average of 129 (six beats below my Zone 2 heart rate.) I've been called heartless before, but in this case, I'll take it (insert Rodney Dangerfield quip here.) 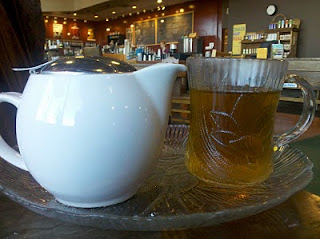 Others in my group probably thought something was a bit off with me as I headed in the last few miles because I couldn't help but have a smile on my face--I am officially in taper mode. While the taper drives others crazy, I LOVE the taper and view it as an accomplishment in and of itself. For Portland alone, I've logged over 586 training miles. While they don't hand out medals for that, I always take pride in getting through a training session. That's a lot of early alarm clocks, running in wicked heat. and running on many days when I really didn't have enough "battery squares" to pull it off.

What's up for me over the next thirteen days? Taking care of myself and getting rest is at the top of the list. After my latest "Tuesday before the race flu bug" at the Georgetown to Idaho Springs Half Marathon, I am not taking any chances. Do I have some kind of psychosomatic race week issue (or is it race weak?) Am I a hypochondriac, or some self-inflicted munchausen mess? Whatever it is, it's "bit me in the butt" the last three out of four big races, so I'm taking my vitamins, avoiding alcohol (we'll see how that works,) drinking tea instead of coffee, getting rest, and going to shoot for some massage prior to next week's countdown. That and rubbing my lucky charm.

Tommorow is a tempo run leading up to a Saturday eight mile run. I can't remember the last time I only ran eight miles on a Saturday. Ahhh....savor the taper!