Ten Things that Didn't work in My Last Race

The sequel to my last blog of the 10 things that worked, this is the ten things that didn't work in my last marathon at 's California International Marathon.

1) The pace tattoo that they handed out at the pacing tent was waaaay too small. Thanks for providing them, but make them large enough to read. I didn’t bring my glasses along for the race. 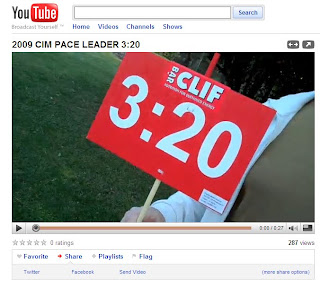 2) The hot tub at the hotel was not hot nor did it provide jets. I had the hot tub mapped out as one of my last activities the night before. Talk about a cold shower.


3) My family has a ritual of writing inspirations on my arms and legs to help me through the later miles and with my name branded on one of my limbs, I’ll get the occasional race day spectator yell out my name—you have no idea how much that helps. My mistake was forgetting the Sharpie at home, then settling for a Walmart supposedly permanent marker. My wife covered my arms the night before with the ritual sayings. I woke up in the morning and half the ink was on the bed. The other half melted during the run, so I didn’t get a single, “looking good Ty!” throughout the race.


4) The item I was supposed to buy at Walmart, but forgot was the toenail clippers. I feared the left big toenail was a tad too long to run a marathon and I was correct. My Asics were the right size, but the big toe toenail being too long combined with some downhill running was not a good combo. My toe resembled a plum by race end, but I have the "I lost my toenail in a marathon" badge of honor.

5) The expo was like a disappointing Christmas. Much anticipation, but wound up walking away like I got a sweater I would never wear vs. a really cool toy. This is the first time I ever did NOT buy a event shirt or jacket. Very disappointing on the apparel front. As a race I qualified for , I was prepared to open the wallet and drop the cash on the really cool running jacket or zippered running shirt, but settled for a hat.

6) As I wrote in my blog, I had the ritual pasta dinner the night before. Not sure if it was the food or the nerves, but my stomach was slightly off before going to bed. Not thinking, I took a Pepto Bismol. It did the trick, but worked too well. Race day morning, my bathroom ritual didn’t go as planned. Pepto doesn’t make you go, it makes you stop. Thankfully, I finally took care of business at the porto-potty minutes before the start. Whew!

7) Gloves. I brought three pairs; heavy, disposable, and light. I opted for light. Race day temps were as low as 27 degrees at the start. The light gloves did okay for awhile, but the right glove started to get wet d 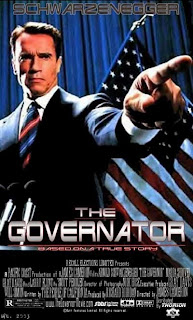 ue to the water station refueling. At one point, my hands were warm enough to take them off and wound up tossing them to my wife at mile 13. Cold winds made me wish I wore the heavy ones and held on to them for the whole race. My hands were freezing at the end.

8) Phantom rock at mile 22? As my legs grew a tad weary, I took a nice tumble and roll somewhere around mile 22. I was too tired to turn around and look at what tripped me like most people do that stumble over a lip in the sidewalk. I had a brief moment of panic that this could have cost me the race should I have jacked up a wheel in the process.

9) I didn’t get to thank my pace group leader, Peter, for helping me hit my goal of qualifying for the marathon. I dropped him a note on his YouTube video promoting Clif's pace groups.