At this moment, I have no job but my heart and life is full.


This week I will fly to San Diego for a very special event. I've written much about my I Run 4 buddy Liam. He was born with Hydrocephalus, Cerebral Palsy, and Scoliosis. He is blind and has never walked. After racing together now six times, this Sunday will be quite a bit different as we're adding a bike and water to the mix--Liam will compete in his triathlon on Sunday in San Diego at the Spring Sprint triathlon.

A giant step for a kid who's never walked.

The excitement and adrenaline are building as we have another special component to the BIG weekend...drum roll please!

Liam and I have been invited to go to San Diego's KUSI studios to talk about his first triathlon. Liam will be on their Saturday morning show. Liam is going PRIMETIME!!!! 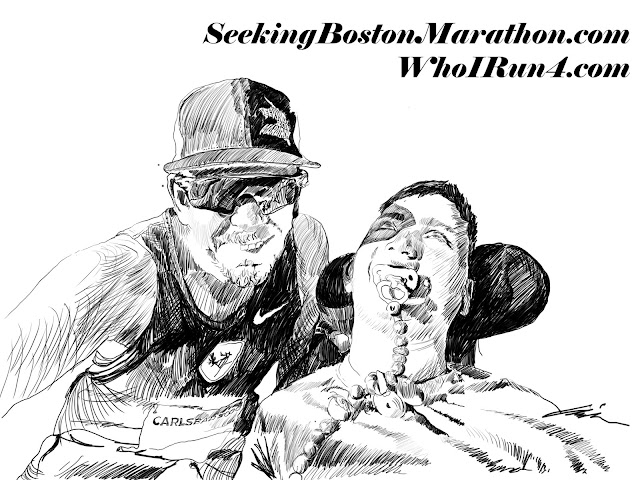 Liam is not "hard to watch" (modest political jab.) He's impossible not to love. His mom and dad now run with him in his new running chair after years of NOT running. His mother Joan chides me by saying he doesn't like running with her--he likes to go FAST! While he lives in San Diego and I live in Denver, we have raced six times in two years. You might say we are both hooked and Liam has a "need for speed." 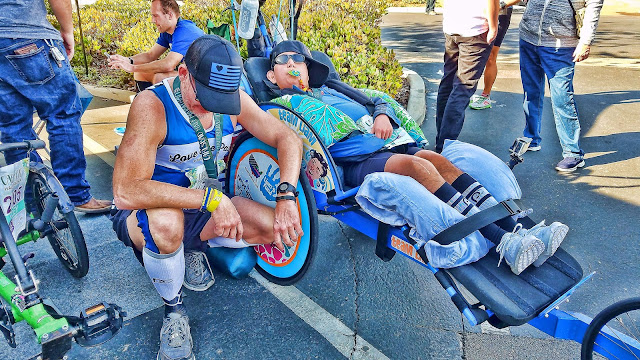 This Sunday is not about time, but finishing. After that we will consider what's possible and what is next.

There's no stopping this kid.