First off, the title of this post is grossly misleading, but it's the second in the series of a calendar gauntlet that I would not necessarily recommend. What I would recommend is that if you are a runner, you need to share that gift with someone who can't. A little over a year ago, I saw a fellow runner whose social feeds kept posting daily runs for his run buddy. Intrigued over what this was all about, I found IRun4 Michael. I wrote about giving the gift of running last year (HERE) and the relationship I started forming for my buddy Liam. 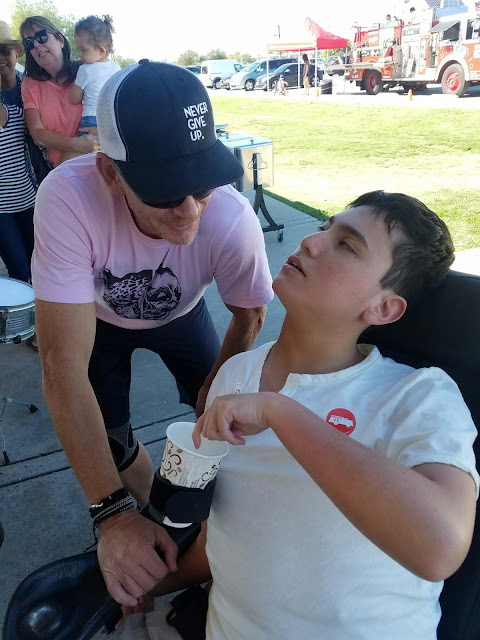 Liam cannot run as he's confined to a wheelchair. He cannot see me race nor read my posts as he is blind. IRun4 largely works on Facebook as you post runs and races and encouragement to your online friend. Liam lives in San Diego and while it's one of my favorite places, my seventy eight flights this year have not included San Diego. A few months back, his Mom started giving me details about his eighteenth birthday. A special day for a kid who was not expected to see beyond one or two birthday candles. I told Joan, "I'd see what I could do."

As we approached the date, I was moving on a new home purchase, and decided I would go ahead and use my injury deferral to race the New York City Marathon in November. The insanity part you ask? Over five weekends, I would be gone four out of the five (college homecoming, Runner's World Half and Festival, San Diego, and New York City.) The weekend I didn't travel? I moved my home of eleven years. That's the insanity part.

As you can see from Liam's mom's reaction, it was all worth it. I'm tired, I'm sore, my knee is "wonky" so I don't know what to expect out of New York City, but I made the right choice. My first time meeting them both in the YouTube video below.