I think I've finally turned a corner. I have been more than a bit subtle on what my goals are over the next few months. Lost in the social network atmosphere and on a hill overlooking a cemetery in Sonoma, my rebound season ended just as it started. I've talked a bit about the qualified New York City Marathon that I had to withdraw from last year, but I haven't really talked about the injury deferral I still have for New York City the first week of November. I've held a hotel reservation and my race confirmation and quietly gone about my rehab since I fractured that cursed left foot in May.

The elephant in the room is that I haven't run a marathon in seventeen months.This all may have just changed. Not overnight. I've busted my ass. I've been in a boot (three times in 12 months.) I've been cranky (sorry again to my wife for that one.) I've been patient yet diligent. I've worked hard on my diet (see Whole30 post HERE,) and my strength. On the later, I've tried to average at least three days a week working on core, hip, and leg strength. Without publically stating, I'm training for a marathon, I've been training for a marathon--the fricking New York City Marathon. At one point I started, felt some "wonkiness" in my fractured foot and put myself back in the boot. I have cross-trained a LOT. Lots of swimming, biking, and eliptical. 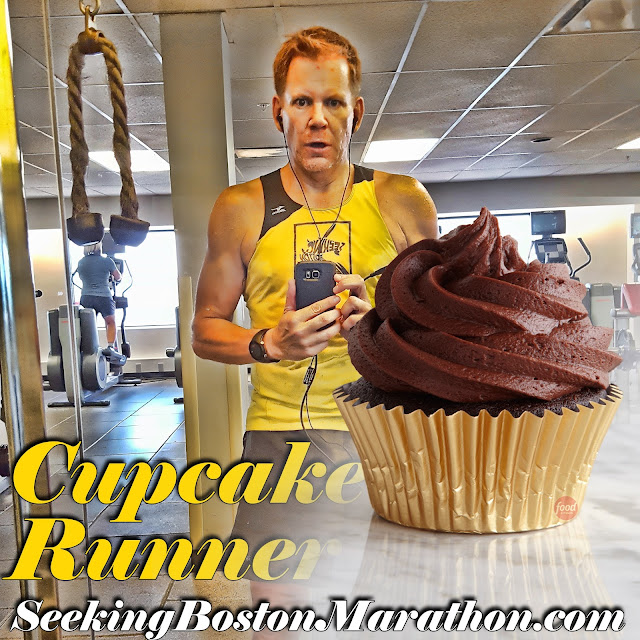 One thing I have not done a good job of is laying out a plan and documenting it like I have in my previous 13 marathons. Part superstition, partly because I (quite frankly) was not sure if my foot could handle the training. That doesn't mean I haven't been working hard--just the opposite. I have consulted my marathon training plan from Boston 2013. That was my most complete and successful training plan. I've blended that plan with a Furman FIRST training plan. FIRST only runs three days a week and fills in with cross-training and rest the other days.

For now, it seems to be working. Over the last month, I've slowly added Yassos back into my training plan; normally on a Tuesday or Wednesday. I started with only a handful, and slow (1/2 mile repeats.) Last week, I up'ed that to eight Yassos, and increased my pace finally below a six minute per mile pace. Best news? My foot did not hurt before, during, or after. Distance? Three weekends ago I went sixteen around 30-60 seconds over BQ/marathon goal pace. The following weekend, I went thirteen and added marathon goal-pace miles. Last weekend, I pulled up my training plan from that infamous 2013 Boston Marathon at the same calendar spot (x weeks out from race day.) Seven mile warm-up, then three by three miles starting at marathon goal pace, and steadily increasing to PR pace. Two mile cooldown. It didn't seem ominous as you think of it as seven warmup miles. That sounds easy. Three miles at marathon goal pace. Sounds easy. Then only two more sets slightly faster--seemed doable. I dreaded the cooldown as it was uphill to my house. It felt fan-fricking-tastic!

Why the sudden change? It wasn't so sudden. It was hard work to get where I am. I am already at my ideal race weight of 165 pounds. Lighter than I've ever been at this stage. A lot of that was the Whole30 experience and trying to eat healthier since then. I went to a family dinner the Saturday night before my long run of 18 (goal-paced) miles, and my sister-in-law was wide-eyed and asked "have you lost weight???" Around 16 pounds lighter than I was when I was depressed and "stress-eating" over my latest injury. She told me to stop losing weight, and I agreed. I also asked her, "have you ever seen the first few guys that cross the finish line of a marathon? They aren't exactly built like football players."

Given her comments, and enjoying good company, I splurged and had two plates of Lasagne (cheese and pasta are not Whole30 friendly) along with more than a few mini-cupcakes (sugar is not Whole30 approved nor is the flour.) It must have provided some sort of special power as the next day, I "crushed" that 18 miles.

Next on the schedule? I am trying to redeem myself on the triathlon front and race this coming weekend in a Sprint Triathlon locally with one of my boys. Redemption in that, this would only be my third race of the year (one of those was a fun run,) and first in four months. I am feeling strong and the foot (rub your rabbit's foot) feels good. After that, I've been invited as a blog "Influencer" at the Runner's World Half Marathon & Festival in Bethlehem Oct 14-16th. After that, God and foot willing, I'm racing New York City in November. Cupcakes for everyone!