If you weren’t a runner, you’d be trying to figure out what the heck is this blog about.

As excited as Nathan was in the m 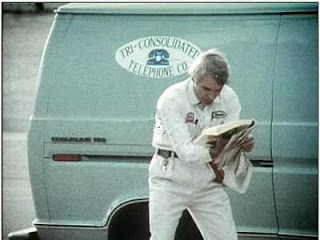 ovie, "The Jerk" when the phone book arrived, I too was elated to see my postcard arrive in the mail that stated, "This card confirms your acceptance into the 114th Boston Marathon on Monday April 19, 2010 provided the information you submitted is correct." Below was my gender, citizenship, DOB, Age on Race Day (I'm not telling,) and qualifying time of 3:21:38 (from Sacramento.)

Being my first Boston Marathon, I’m learning more and more about what’s in store for me in four weeks. As I was monitoring the blog and twitter chatter, folks were announcing their bib and corral numbers. I’d have to admit, I’ve been feeling like I’ve snuck into an exclusive club not really knowing “what’s what.” Hiding behind the anonymity of the internet, I had to ask a fellow twitter runner, “how do I know what corral I’m in?”

Fortunately, I’d run Chicago Marathon in 2008 which has a corral system, so I knew what a corral was. At Chicago, I studied beforehand and walked through the start the Saturday before—I still screwed it up. On race day at Chicago it looked a lot different with over 31,000 runners in attendance. I was “all turned around” amidst the sea of runners. I finally found the corral I should have bee 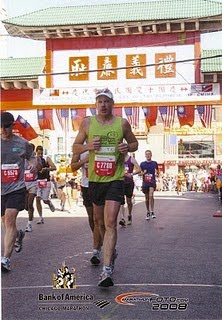 n in, but it was PACKED and surrounded by a fence. I decided to hop the chain link fence to join my rightful spot and totally ripped the brand new shorts selected for what I’d hope to be my BQ race photo. I wound up having to tie my shorts into a knot on one leg to avoid an embarrassing wardrobe malfunction. A mistake, but perhaps not as bad as losing my beer money in San Diego on a hill climb the year before.

From everything I’ve heard, the Boston corral system is strictly monitored and managed with an additional component—the wave. Not the football stadium or ocean variety, but two major groups (or waves) that spread out the start times of the various runners based on qualification times. From the BAA web site; 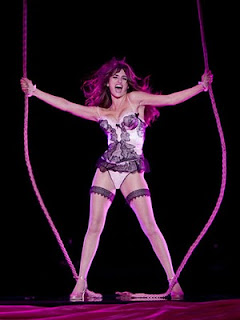 igned. To learn more about the wave start, please refer to the Rules & Regulations section on page 14, or visit the FAQ section of the race web site at www.baa.org.”
Based on my 2009 qualification time of 3:21, I checked online and drew the lucky number of 9376 which puts me in corral #9, wearing a blue bib with “wave one” (at least I think so.)
I like the sound of 9…Drew Brees won a Super Bowl wearing #9. Penelope Cruz (who’s more of a 10) starred in “Nine” this last year. ’76 was a great year…bicentennial year, and the year my beautiful bride (and number one fan) was born (better throw that in the same sentence as Penelope Cruz) or I’ll be 86’ed.

According to internet lore and talking to Boston veterans, there’s also the concept of bandits—common at many marathons, but quite the alternative sport at Boston. Bandits?...people who steal your space blanket or runner’s belt?...the dog from Jonny Quest?...no…Bandits are people who aren’t registered and hop into a race to take in the event without the cash. Sounds like something I would have tried in college witho 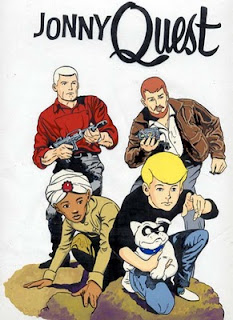 ut thinking twice. Apparently, the bandits tend to try and exploit the process in the second wave (perhaps we’ll get some to comment on the blog on the condition that they will remain anonymous—I’m sure there’s an art to being a successful bandito.) I have visions of the equivalent of the Augusta Master’s marshalls who watch this “like a hawk” targeting bandits and corral jumpers.

It’s all good…I’ll take in the bandits just like the shrieks of 2,500 Wellesley College students at mile 12.5, “heartbreak hill” and the infamous pale blue and yellow finish line donning a blue #9376.