Sorry I've been off the grid, but I've seriously been off the grid. Loads of travel to Munich, Cape Town South Africa, London (Thanksgiving,) and this week Montreal. With my bride at home, I concocted a Valentines Day Scavenger Hunt on my Instagram "Story." Her Valentine was hidden before I went out of town, and each day I've posted a bit of a "love history" with first letter of the answer spelling the answer to where her gift is hidden. Not quite sure if it's an anagram, an acrostic puzzle, a Sunday newspaper (young kids can GTS; known as "Google that shit" in our household) Jumble word puzzle. Perhaps someone more literate with more time can properly define it in comments.

Confused? Yes, she was, but you won't be after seeing everything posted to my Instagram over the last three days with answers (she's shared as of this reading) below. I will post the reveal...assuming she cracks the code and finds the loot.

Day 1 was explaining the challenge and lots of confusion and questions with the first image of questions and clues. 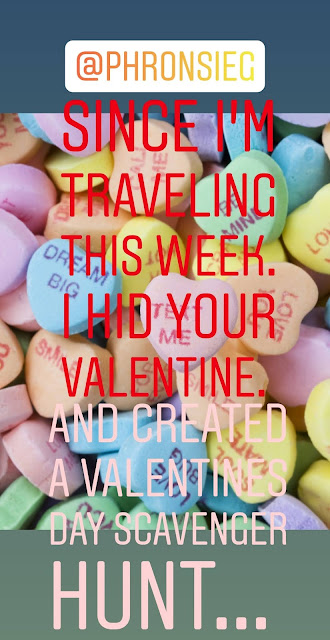 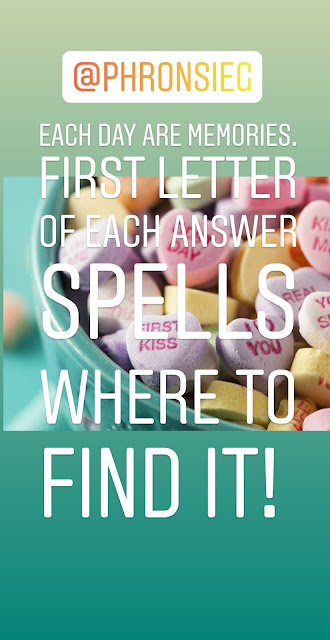 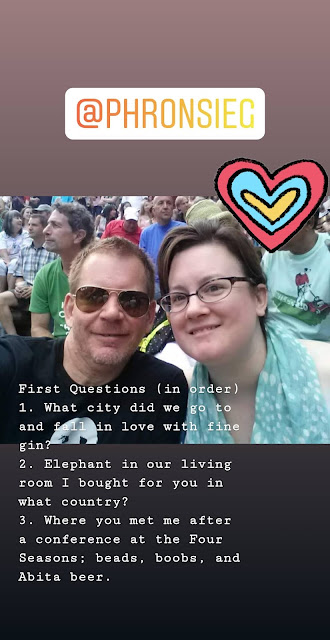 
My wife, Phronsie eventually solved Day one, after realizing I'd bought her the elephant in India, not Africa which is a continent, not a country. She had a long day, but figured it out as "Bin." We fell in love with gin in Barcelona. I bought the elephant in Delhi, India, and the conference was in New Orleans. Day two Graphic below; 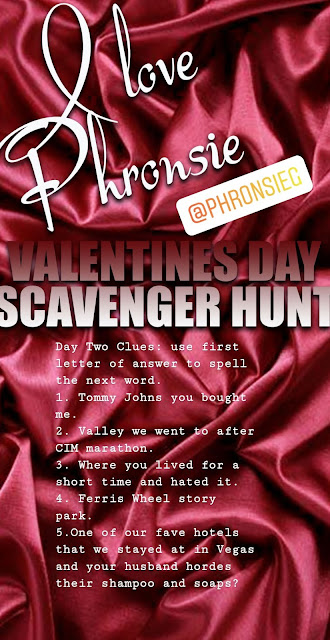 Day two brought a number of "wild" (not to be confused with the New Orleans or Vegas shenanigans) answers. After wildly guessing hotel names, she realized I hoard (mispelled horde) shampoo from Renaissance hotels. We stayed there for Liam's 21'st birthday in October this last year.  These clues spelled U-N-D-E-R. U is for underwear. Napa is where we went after my first BQ at CIM. After guessing Texas and Dallas, she realized "Unter" is not a word.  Annnnnd...she figured out the soap thing.

Day three...are you starting to get it? It's now Valentine's Day or is it Valentines Day? Two more images posted. She is catching  on. 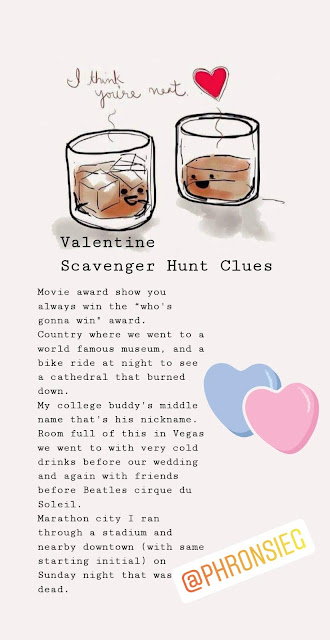 Answers to the above she figured out much quicker was "O" for Oscars (although she wins the Grammy, and all other awards guessing games so we had to quit playing,) "F" is for France, "F" is for my good buddy Fred, "I" is for ice which was in the Ice Bar in the Mandalay Bay hotel in Vegas that's no longer there, and "C" is for Columbus (where I ran the marathon with the same name, and Cleveland where we spent that Sunday night that was a ghost town)

The final image below, I'm still waiting for answers...but alas, I'm at the airport on the East Coast trying to get home. 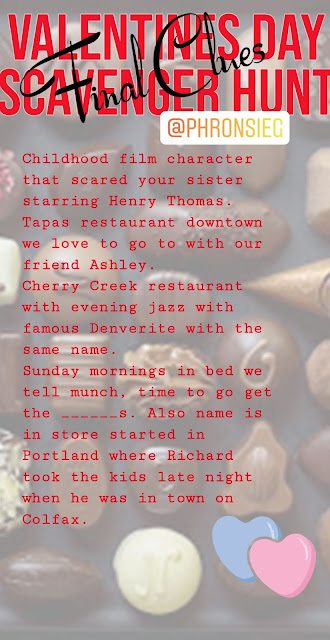 UPDATE: Final Answers were, "E" for E.T. for the childhood film character that haunted her sister. "B" for Barcelona where we love to go for tapas in the Rino district in Denver, "E" for Elways, and "D" for Donuts. Our dog, munch never takes the order to go breakfast sweets. 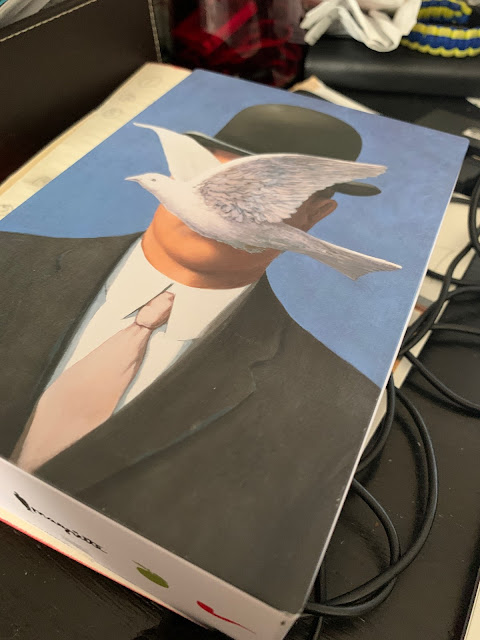 My Valentine finally found the chocolates I hand-carried home from Brussels on my way back from South Africa. :)