The only thing bloggers like more than writing about themselves is someone who they respect writes something about them. I have one daughter who has always been on a pedestal to her father. We take turns with our admiration. This week during a rough time on the road in my hotel room, I received an email from my sophomore daughter in college. She had something she wrote and delivered in her speech class on Thursday. This might be my proudest post yet to have graced the pages of SeekingBostonMarathon.com. Too awesome not to share. 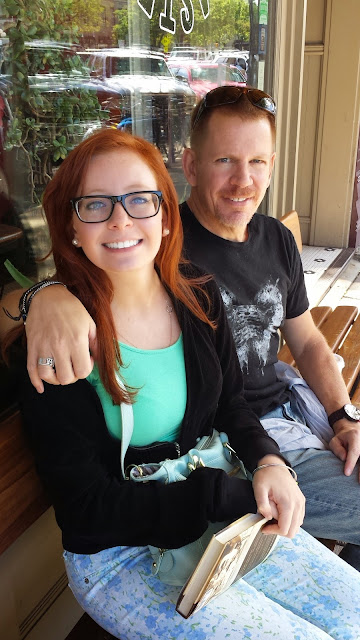 26.2 miles. 26.2 miles of footsteps pounding on the ground. 26.2 miles of vital breathes to get to the finish line. 26.2 miles of time to accumulate, like the hand of the clock sweeping up moments as each second passes (metaphor) (repetition). Keep going, keep pushing, keep dreaming (parallelism). Running is Ty Godwin’s passion. Running is what gets him through the rough weeks and the long days. Running is what he lives for. My dad found his passion when he was 40 years old. He completed his first marathon in 3 hours and 42 minutes at the age of 45 in 2007. Ever since then, my dad started a popular running blog, competed in multiple triathlons, has ran 13 marathons, and has also ran in the prestigious Boston Marathon 5 times. All of these acts exemplify the passion he has for the sport, and if anything his passion amplifies his bravery, creativity, and courage.

Bravery. This past summer I received a phone call from my stepmom telling me my dad had been in a bike accident during his triathlon. I didn’t even think twice and sped to the hospital in Colorado Springs. I walked into the ER, and saw my hero laying on a table. Seeing the one person you look up to the most lying on a table, is like ripping the cape of off Superman (simile). Bravery. My dad broke four ribs and collapsed his lung. He was in the hospital for a total of 11 days. 11 days of pain. 11 days of embarrassment. 11 days of not fulfilling his passion. 11 days of not being a hero in his eyes (repetition). One night during his stay, a nurse overdosed him and he woke up on the verge of death all alone in a hospital bed. His oxygen level was at 50, when it’s normally supposed to be around 90.

Bravery. After 11 days, my hero was sent home with a bandaged cape and some pain meds. The next day, he took his first walk.

Creativity. My dad had an itch that he could not scratch. The doctor ordered no running for 8 long weeks. 8 weeks of being miserable. 8 weeks of not being able to do what he loved. 8 weeks without that runners high. 8 weeks of not feeling the earth pounding beneath his feet (repetition). Instead of dwelling on the what he couldn’t do, he focused on the could. Creativity. He began intense physical therapy and he researched ways and different exercises to build up his strength. He wanted to become the hero again. He wrote more blogposts on what it was like recovering to let his readers know about his progress. He whipped out the bright colored pencils and felt tipped markers for his blog to draw depictions of his experiences. Not only did he receive support from his family, but so many others encouraged him and were there for support. After two months of no running, he ran for the first time since his accident. 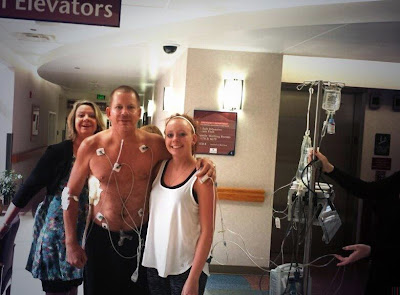 After a while of light running, my dad decided to start training for his 5th Boston Marathon. At first it was really hard. He was not as fast as he once was. He was trying so hard to get that superhero cape back on, but it kept falling off (personification). My dad is hard on himself. He did anything and everything he could to train. A couple weeks before the marathon, my dad injured his hip. As if the accident this summer wasn’t enough of a setback, now he had to deal with running 26.2 miles with an injured hip. He was in complete denial. He wasn’t going to let this one thing stop him from running in the Boston Marathon. Days leading up to the big race, he did a light mile run, and even then his hip was hurting, but he decided to stick with it. On Monday, April 20th, my dad completed his 5th Boston Marathon in 3 hours and 48 minutes.

Courage. It was his slowest race ever. He was beating himself up left and right. He was more disappointed in himself and definitely was his worst critic. I gave him a phone call that day and he kept saying how he “bombed it” and it was “his worst marathon ever”. See, this shocked me because, to me, this marathon was his best one. I told him on the phone, “Dad, I can barely run a mile, and you just ran 26.2”. I told him, “I was afraid you were never going to run again. The fact that you just ran a marathon 6 months after a huge accident and you ran with an injured hip, is an inspiration. You should be proud dad.” It took him a while to see it through my eyes, but soon enough he realized what an accomplishment this marathon was. Courage. Letters and emails were coming through his mailbox faster than the speed of light (metaphor). My dad, was an inspiration for anyone who had setbacks in their life. For anyone, who had their hero cape ripped off. For anyone, who said “I can’t”. Instead of saying, “I can’t”, my dad was the one that said “I can”.