"This is like déjà vu all over again.” (Yogi Berra)

How often have you been (gingerly) sitting in the “oh so comfortable” airport seats after a marathon waiting for your flight to board and find someone insane enough to be heading onto their next one? Are you k 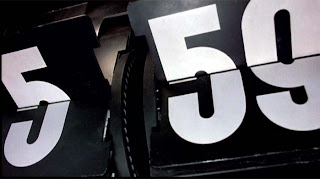 idding me? After a number of my marathons, I feel like Indiana Jones after he’s been dragged by the German Military truck in Raider’s of the Lost Ark. Karen Allen is trying to treat poor Indy’s wounds and is unable to find the spot where it doesn’t hurt. The last thing I’m thinking about is getting dragged by another truck.

How can you begin to think about running your next one within a week???? Such was the case on my flight home from , when there was someone trying to get to amidst the Icelandic ash to run the London Marathon a week after the Boston Marathon.

I can’t imagine that, but I’m getting similar odd responses from people wondering why I’m running my next marathon (the Steamboat Marathon) in beautiful , a mere seven weeks (minus one day) from my run.

Call it unfinished business, or as my running group partner Karen asked, “you aren’t getting a bit obsessed are you?” I’ve talked about it before (The Boston Hangover) that part of the coping mechanism of having the euphoria of marathon training and the race over is too quickly jump into the same activity (are we talking about marathons, Tiger Wood’s issue, or crystal meth here? All are addictions; one much healthier than the others.

My daughter had the funniest comment, “don’t you have to train for that?” when talking about my upcoming Steamboat race. She knew that I was in a brief recovery period from (two weeks) and figured I needed to start over my typical sixteen week training program. She didn’t take into account the 1,400 miles I’ve run since last July. Pretty smart kid. After consulting with my running coach Dave, he recommended, “You already have a massive endurance base from and don’t need to do a ton of miles. It’s better to allow your body to stay fresh/recovered…than to push it too hard, especially in a race that you are running secondarily, for fun.” The tough part will be telling my body that it’s a fun race, and not a PR effort. The Steamboat plan was a little easier to build since I merely had to chart seven weeks vs. sixteen.

It’s a good thing I didn’t listen to the running demons in my head, because they originally tried to convince me to run the Colorado Marathon (similar to in that it starts out wicked fast) but doesn’t throw nasty hills near mile 20. Only problem was that it was only a month beyond and (true confessions) despite my groveling to the race Director (I’m a CSU alumni and lived in ) to accept another entry to a sold out race. Calmer heads prevailed and I opted for Steamboat ranked by Runner’s World as one of the top “scenic” destination m 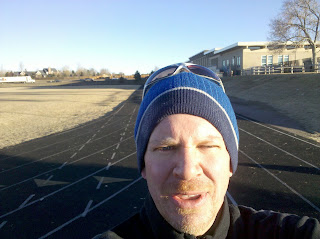 arathons in the with a little more time for recovery. The added bonus will be that this will actually be the first marathon I’ve actually run in my home state of .

The “Groundhog Day” complex is a reference to the classic Bill Murray movie where he keeps reliving the same day over and over. I’m feeling a bit like Bill since I barely blinked after Boston and I’m once again charting long runs, speed work, in my excel plan and logging to my peeps on DailyMile. Where was my break from (which was only four months after ?)…I must have missed it. As euphoria has all but vanished, I’m left with “why is my alarm clock going off at 5:45” and “why am I running ten 800’s today at sub 5K speed? Insanity, addiction, and a sense of “haven’t I been here before?”

I’m trying to kick the post race demons where it hurts by laying out a plan of what I’ll do after Steamboat. A month of taking it easy will likely be followed by the to Idaho Springs Half Marathon (another barn burner that is literally almost all downhill) in August that connects two really cool mountain towns. After that, I will run something in the Fall (October?) before taking another year-end rest. Then……haven’t I been here before?