What's in a Title?

Some titles are over-rated.  In the work world it's funny as sometimes certain people or certain companies are very title conscious.  VP's need to meet with VP's.  Senior execs need to talk to senior execs...blah...blah...blah...and make sure you put your cover sheet on your TPS report. 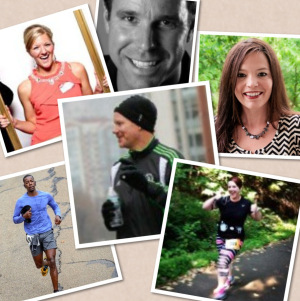 I've had a myriad of titles and nicknames over the years; Red, Angus, Redwood, Redwings, Tyronalonga, Tyrone, honey, and Master of My Domain.  My first VP title was in grade school as the Vice President on the Student Council.  I think I passed some kind of law to have chocolate milk offered on more days.  My campaign posters were probably more of a highlight.

In college, I was Rush Chairman, Kitchen Manager, Social Chairman, and "Little Sister Chairman" in the Fraternity.  All great titles with benefits.  Only issue with the Little Sister Chairman job was having to explain why the kitchen furniture was burned in the fireplace at the Red Feathers Lake Lodge where we hosted our retreat.  The owner wasn't intested in trying to find my friend Tony's boots that were left behind.

My most confusing adult title in the work world was Global District Manager.  Try and figure that one out.

Of all of those, the current title I own is the one I'm most excited about and that's Columbus Marathon Instagram Ambassador.  Apparently, they did not do their due diligence or someone backed out so I'm one of six Instagrammers (is that a word?) who will post training pictures the next 45 days leading up to the race on October 20th.  Each week, they will have us post pictures on that week's theme and re-post on their blog.  Re-posting on Instagram is encouraged.

This week's theme was "Where I train."  I posted my half marathon race pic from my Labor Day race which started out in Daniels Park south of Denver.  This marathon training session has already thrown some curves at me, and will take me to London and Paris in the coming weeks, so it will be an interesting journey.  Follow me and the other Ambassadors listed below.