They Don't Give out Medals for Training Runs

I had an old run club director who always told us, "they don't give out medals for training runs," but this weekend, I think I may have earned at least a green ribbon. I'm in week 13 of my Boston Marathon training with a mere five full weeks to go.  This weekend had a blizzard warnings for Denver and warnings from my coach that Saturday's run was going to be "tough."  You know when a run coach calls something tough and she's run in the Olympics, it's going to be just that--tough. 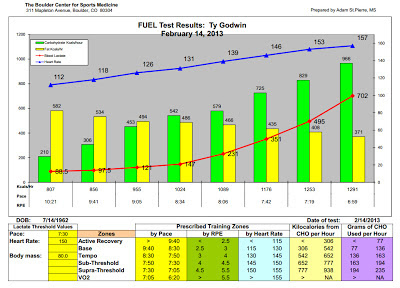 I had a review of my "fuel test" on Friday which was the 2nd half of my Vo2Max testing I did at the Boulder Center for Sports Medicine.  I have largely used "trial and error" when it comes to my diet prior to a race and within a race (or long run.)  Once again, lots of data to digest (pun intended,) but my sports nutritionist basically summarized that I'm a good "fat burner."  Not sure what that is, but it sure sounds good.  She also laid out just how many calories I burn in a race in an hour.  Understanding this gives me somewhat of an idea of how much goos, gelpacks, and gobstoppers to stuff myself with. 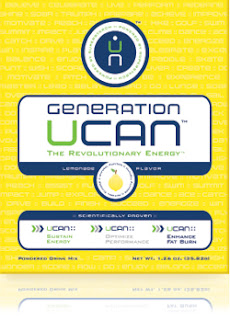 If you've closely followed my blog, you know that I've also had my share of raceday stomach issues including last years BQ race in Ft. Collins.  I've also had some low iron issues and what's perceived to be an anemia issue.  Getting depressed yet?...I'm getting to the good stuff.  Sharing this with Kathleen (my sports nutritionist,) she said that I could be dealing with some gluten intolerance.  Makes sense since I normally gorge myself with pasta the night before a long run or race.  #hmmm

Two other variables I've been "tweaking" on the nutrition front are what I use during a long run, and prior to the long run.  My run coach Benita has turned my onto UCAN products which she and Meb (yes...that Meb) use.  I have just started using the product for pre-fuel and recovery.  During a run, I have been using PowerBar Gel Blasts every two miles vs. traditionally fueling every four miles. 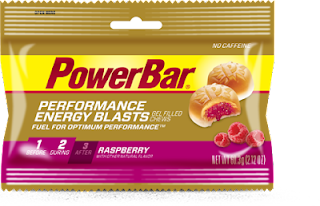 Aside from the nutrition aspects above, as I indicated in my recent blogs on my coach's training approach, it's focused on really pushing myself two days a week with the other days dialed WAAAYY down.  I've never run so many nine minute miles before.  She also has thrown in some "time on my feet" runs during the week at that slower pace.  Talk about a sadomasochist, recovery day?  Run for an hour and 20 minutes.  Another curve I haven't done before--consistent strength training 3-4 days a week.  Ironically, I worked at a restaurant in high school called the "Plankhouse."  My home has turned into a plank house.

That brings me to Saturday morning.  I've been laying off the glutens for a few days and certainly the night before.  I have been loading up a bit on liquid iron and took my Meb cocktail Saturday morning before my 21 mile run.  With the blizzard rolling in (never really materialized,) our group long run was cancelled so I had to hit the "Dreadmill" for a solo run. #brutal.

The prescribed run was a two mile warm-up (9 min. pace,) and (4) four mile runs at progressively faster paces.  Take a one minute (slower pace) break between the fours and finish with a 2 mile recovery run.

With the snow flying outside the windows, I fired up my iPod, took my first energy blast and set out to tackle this run.  While I've run plenty of 20+ mile training runs, I have never implemented progressives, or negative splits for that matter.  My (4) four mile segments came out as 8:05, 7:55, 7:35 and the last four (at miles 14-18) at a 7:25 pace.  At mile 21, no stomach issues and I still had energy.  Eureka!  What a breakthrough.  I am still slightly amazed three days later. #WTF

While they don't give out medals for training runs, I gave myself a mental ribbon for this one.  #fanf*ckingtastic
Email Post
Labels: boulder center for sports medicine meb keflezighi powerbar ucan