Lost in 140 Character Translation or Influenced by Oxy

I posted something last week clearly "under the influence" of my pain meds and was up "in the middle of the night" later that evening (taking another pain pill) and noticed a "comment" that seemed a bit harsh. My mind started swirling already on a magic carpet ride. What had I said? Why did he say that? Why do I see a purple and green caterpillar smoking a hookah in the corner of my bedroom, and what am I doing ran through my mind.

"Twelve miles. For the month...walking. This is gonna require all the patience I've got."

A few problems with that post. For one, it was actually twelve miles for the week walking post tense. As it was a couple days before the start of September, I'd (later) think. Was this what I'd completed or a goal for the coming month. The response (from a very good friend) was;

"quit your bitchin', get out there and walk."

"Wow," that's kinda harsh I thought as I sat on the edge of my bed in the dark. My routine has been to take a variety of pill cocktails around bed lately "laced" with a sleep aid since the narcotics have been having the opposite desired effect--they have been keeping me awake versus knocking me (and the pain out.) Somewhere around 1AM, I read the comment. I just popped another 10 mg. "oxy" hoping that the pill would get me to sunrise..."on a magic carpet ride." In the dark, my routine is during the midnight dose, I would hit the restroom to empty my bladder, and sit for a few minutes on the edge of the bed stretching my back and ribs to get them to relax as the medication "kicked in." That's when I read the words that stung,

I wasn't upset at my friend, but I was wondering, what I'd said to invoke the reaction. Were people tired of 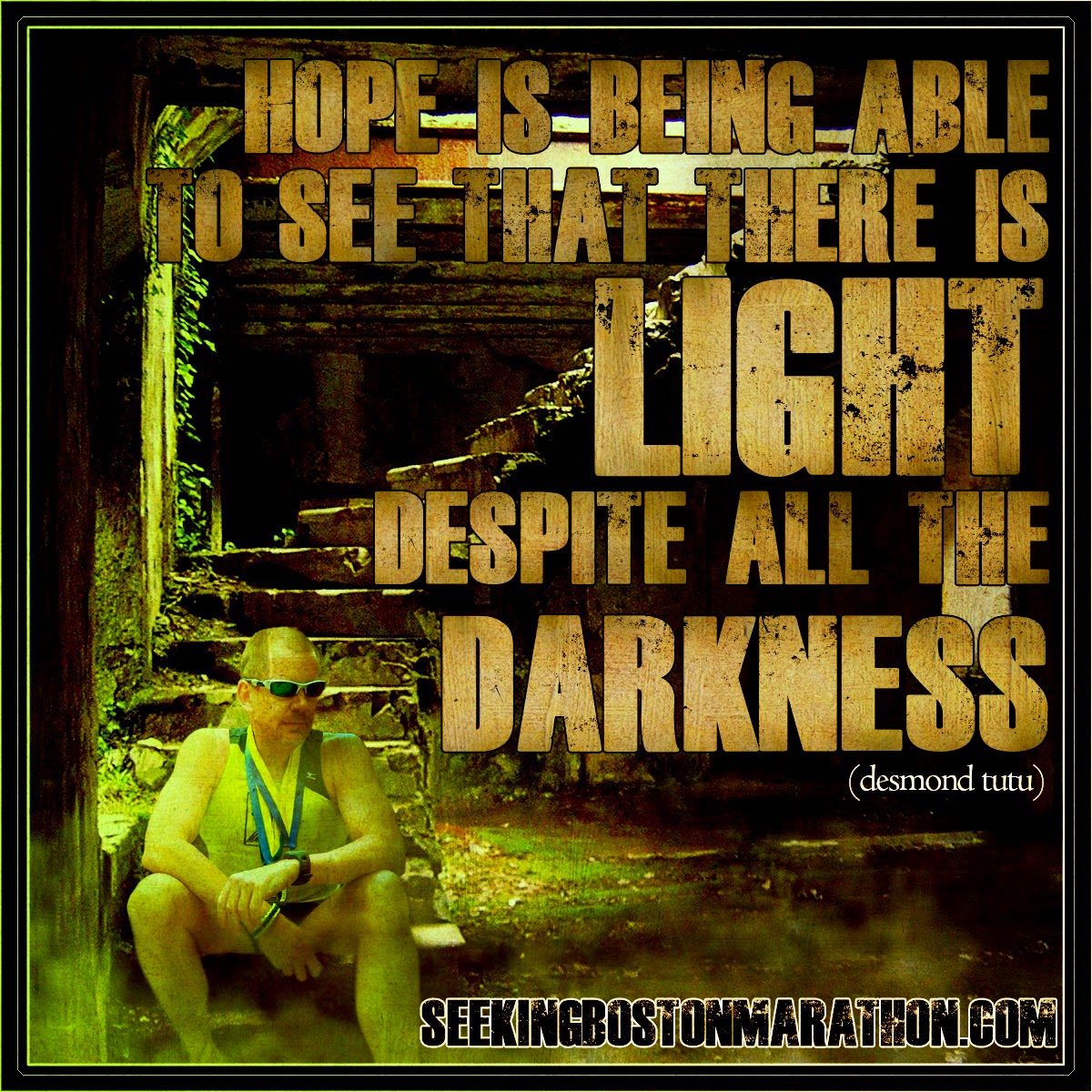 hearing about all my complaining? Was I alienating people and viewers with my "pity potty" parade? I must admit, I've talked a big story about rehab, coming back stronger, but the news from my second Dr. visit before the Labor Day weekend was not the encouraging report I was hoping for.

I'd told the doc that I'd tried running a week ago and did a half mile in the pool this week. Both didn't feel right and I'd come to the conclusion on my own that I was indeed not ready for running or triathlon mild work on the road or in the water. He looked at me like a parent looks at a child with that, "what were you thinking?" look on their face. He put me on a no impact "doctor's instructions" for the next two weeks. In hindsight the range of motion required for swimming combined with the twisting of the body was just plain stupid to try. I winced in the pool, but as I've done in the past with previous injuries, is to "shrug it off" and think that the exercise and range of motion would "loosen things up."

This does not apply to broken ribs I've learned.

Having struggled with depression in the past, I have fought off any of those demons with visions of a comeback combined with deadened senses brought on by prescriptions. My doctor gave me a few more days worth of the pills, but said, it should be time I should start feeling better and weaning myself off the pills. I agreed. Being a fitness freak, I don't like the idea of polluting my body but it's been required. For sleep, it's a necessity.

When morning arrived (after I'd deleted the post,) I realized my friend must have thought I was dreading to walk 12 miles in the coming month. As a good friend, he was giving me a kick in the pants, to get out there and get better. I took no offense to the comment. I need to get back out there. Maybe not at the pace I'd like or as soon as I'd like. Either way, I am looking forward to moving beyond pain, RUNNING again, getting out of the doldrums, and once again seeking Boston Marathon.
Follow my blog with Bloglovin
Email Post