Last year I missed all the local fourth of July 5K races and (as many things do,) it was a source of irritation. Kicking myself..."why didn't I race" questions raced through my head as I looked at all the red, white, and blue. At this year's Boston Marathon, I bought the perfect stars and stripes singlet that (from InknBurn) that I'd considered wearing at the 2014 Boston Marathon, but opted to wear the same singlet from the 2013 race. For the last few months, my patriotic singlet continued to swirl as an un-used option in my running clothes laundry basket that sits at the back of my closet as I sift through shirts for each day's workout. 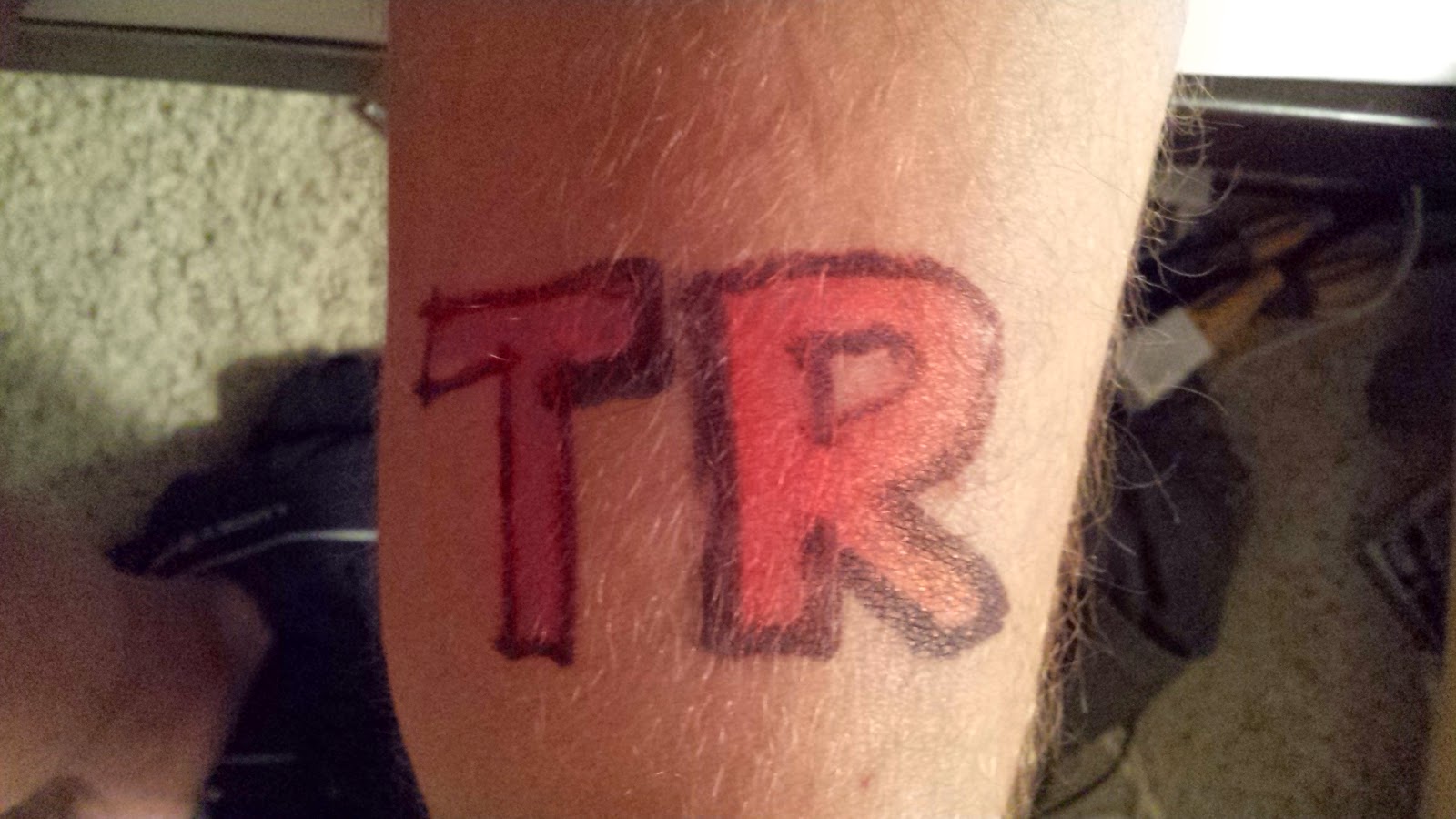 This year, my stars and stripe singlet and desire for a little fourth of July 5k sizzle was not to be denied. The week leading up to the fourth wasn't exactly ideal as family was in town and my diet and training was off kilter. Gluttony comes to mind. With that, I didn't register until race morning for the Highlands Ranch Independence Day 5K. Highlands Ranch is my home neighborhood and is one of the largest suburbs in America. It's literally my "home court" as the starting line was less than a 1/2 mile from my house and in the same parking lot where I drink my beer on the occasional Saturday night and coffee shop where I often fuel my day. A perfect choice, but I also knew what I was getting into as it's anything but flat. 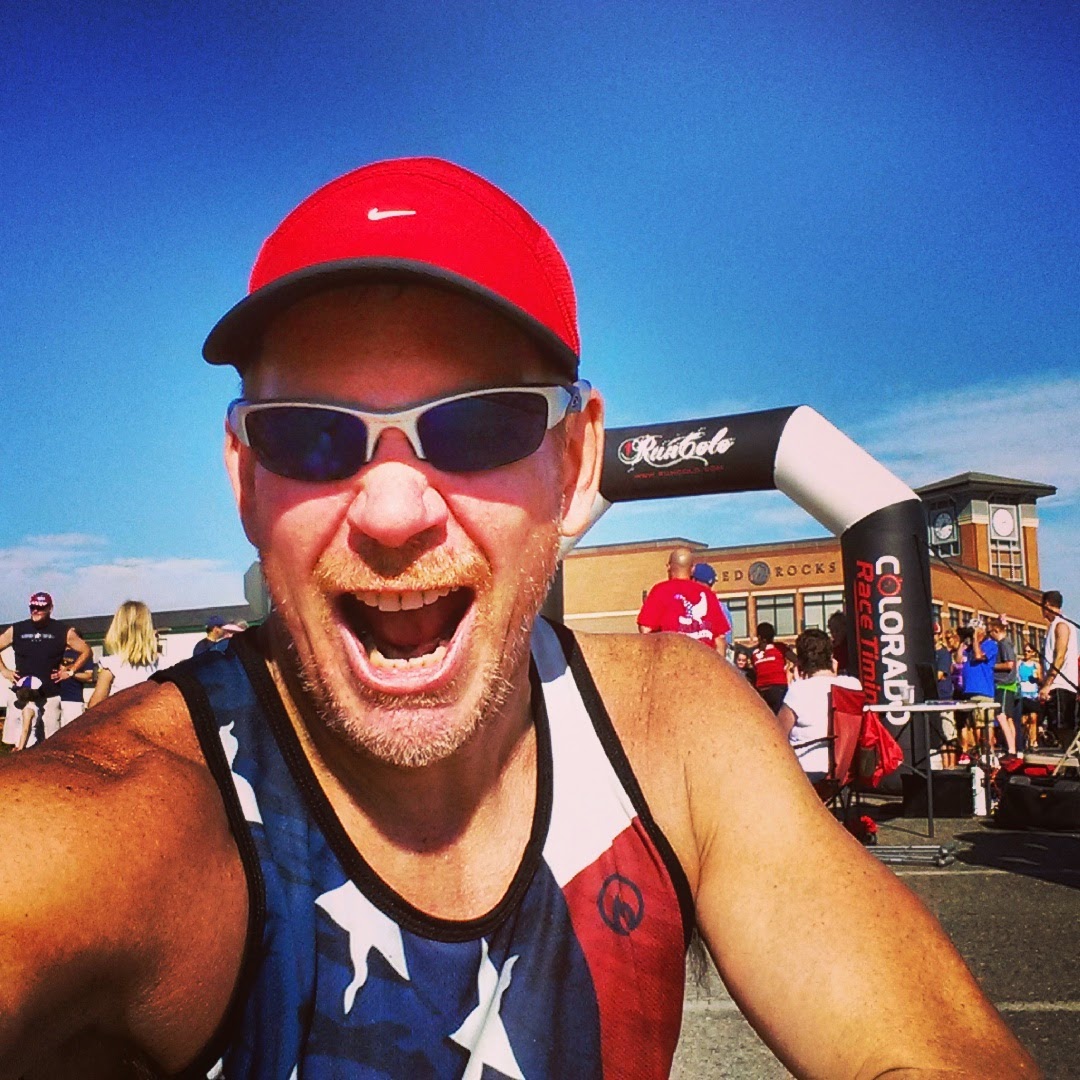 There's literally no direction outside my front door that is flat. The race director billed this one as a "fast course" with a new layout. They were 2/3 correct as the first two miles were just that--screaming fast, but I jogged the course earlier in the week and knew the last mile was all uphill. As a training neighborhood, it's great for hills, but I wasn't sure if this was another sub-twenty course.

The mood was definitely festive as the beer tents were getting set up along with the inflatable bouncy castles for the kids, the radio station was out, and the stage for the band was getting set up. Record crowds were expected for the race with 950 registrants--granted, many of these were walkers and parents pushing strollers, but Highlands Ranch is also home to some pretty flippin' fast runners. Despite having raced a tough downhill course the week before at the Slacker Half Marathon and still feeling a bit sore, my personal expectations were still high.

The night before, I'd marked my leg with the initials "T.R." as I'd done the week before as I was honoring my brother Tom who succumbed to cancer in June. This would be my second race in my "Runs For Lungs" campaign to raise money for Lungevity which goes towards cancer research. (Donate HERE.) 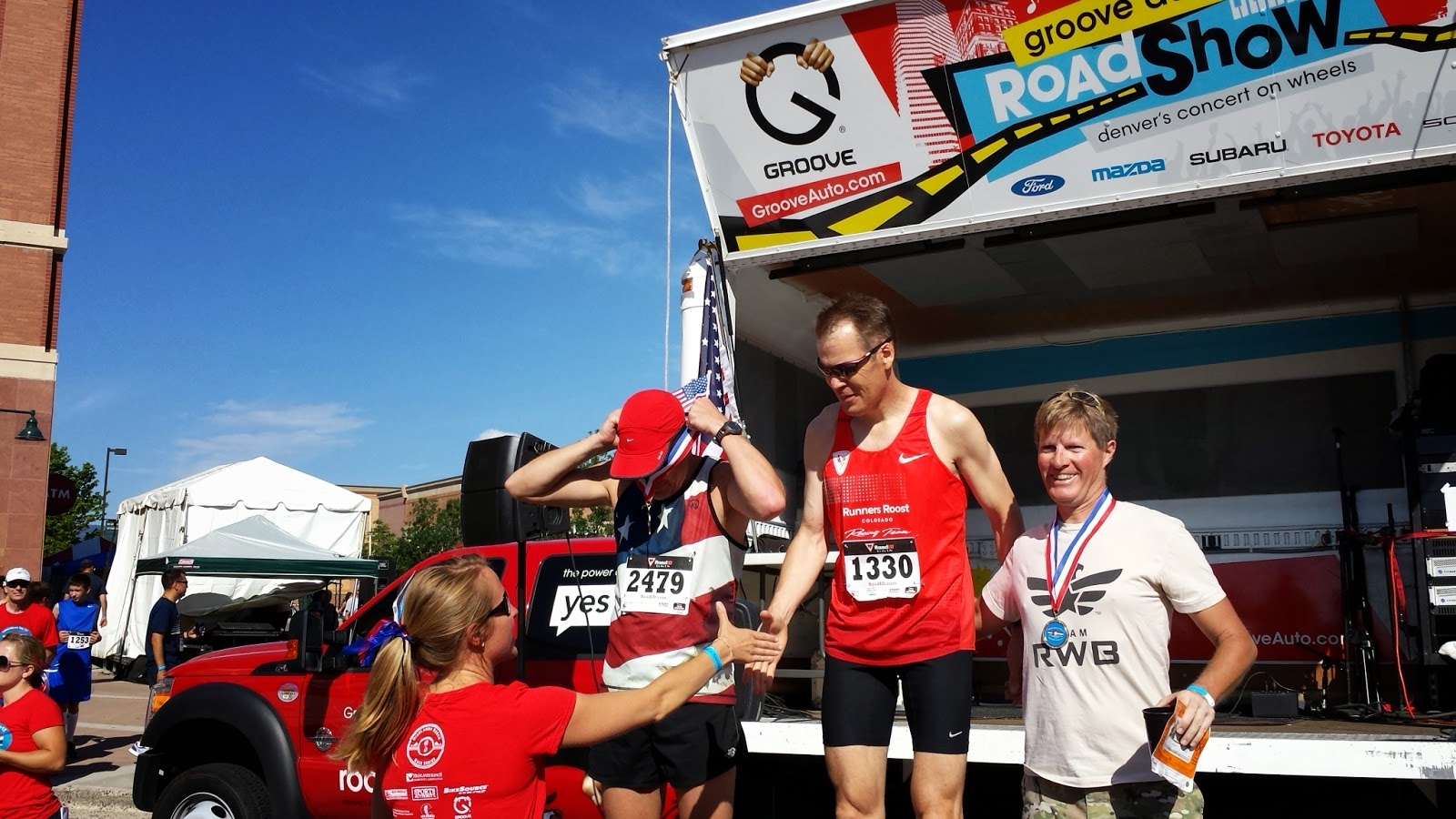 My energy for the first 2/3 of the race was solid as I ran super fast in the first mile and held the pace I wanted in the second mile. I went out this way knowing that it would be tough to run a 6:20 pace in the last uphill mile. There was a runner who felt my hot breath throughout 70% of the race ahead of me, but I knew my last 1/2 mile kick would pass him. Not that the clothes make the man or the runner, but I wasn't going to let someone in basketball shorts beat me on this day even if he was twenty years younger than me. TR would not be impressed. :)

When it was all said and done, this race was a blast. (pun intended.) As they often do, Highlands Ranch and Racing Underground do a great job of organizing a race, and despite wanting to throw up for the last seven minutes, I enjoyed the new race layout. The icing on the cake was a 2nd on the 4th as in second place in my age group with a 20:06. My second fastest 5k, and a red, white, and blue banner day.
Email Post
Labels: 4th of july 5k highlands ranch 5k