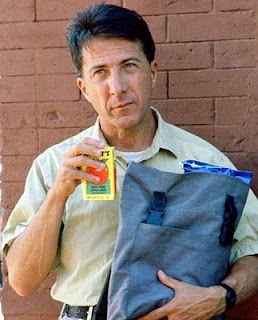 Sometimes I feel a bit like Dustin Hoffman in Rainman—obsessed with numbers, frantically counting toothpicks on the floor and reciting stats about the number of plane accidents by various airlines with Qantas apparently being the safest among the bunch. Or put another way, how many miles I need to run this week, how many miles I’ve run in my current marathon training plan, and what my heart rate is at various paces, mph, hills vs. flats, etc. etc.

The number of training miles I’ve run since July of 2009 after my stress fracture injury. I had a five month layoff after a stress fracture I ran on in the Chicago Marathon in 2008.

The number of miles trained for a given marathon.

The approximate number of Shot Bloks or Goo shots I’ve done to get me through those 1956 miles.

Days, hours, minutes and seconds until the 115th running of the Boston Marathon in April 2011.

My “lactate threshold” heart rate limit as determined back in May. This is the “shit hits the fan” and “the wheels come off” heart rate I need to avoid in my next race. I’m due to get my VO2max study done again since I’ve been doing the heart rate training for the last four months, and I think my zones have improved. My daily runs are based on various heart rate zones depending on what the script is for the day/week as prescribed by my running coach.

The number of near misses by housewives driving urban assault vehicles and texting at the same time while not looking both ways for pedestrians on the sidewalk. The last one was last week and she clipped a car instead thanks to my "squirrel like" instincts and defensive running skills. 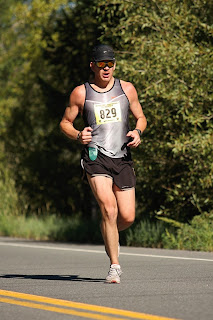 A sweet number at this stage of my training. The last 20+ mile run this last weekend. One of four 20+ runs this last training session. The last one is always the sweetest since you know that you’re in the proverbial “home stretch” in the training program.

The average number of weeks I put into a training plan for a given marathon. The exception this year was a modified five week plan to squeeze in the Steamboat Marathon training plan.

The number of weeks remaining in my current training program. It looks a lot better than the sixteen looked like twelve weeks ago. Also the number of marathons I will run in the last 12 month span (CIM, Boston, Steamboat and Portland.)

The number of toenails lost in the last twelve months. The first one was a goner before I ran the race (Sacramento.) My right big toenail was a tad too long and I meant to get clippers the night before, but forgot. Right big toenail—history. The second was in last month’s Georgetown to Idaho Springs Half Marathon. GTIS is a fast mountain downhill course combined with a PR time meant toes jamming into my shoes. My right second toe is longer than my big toe which I think means I’m supposed to be intelligant or I need to clip my nails before a long run or race.