Happy Thanksgiving to all my run world friends.  My top ten list of things I'm thankful for on this day.

1)  My family.  Glad to have all three of my kids with me today (with one home from her freshman year in college.)

2)  The fact that toenails grow back and blisters eventually go away.

3)  My run coach (@benitawillis.)  I had a "breakthrough" year this year hitting the podium in every triathlon and run race I competed in this year except the Boston Marathon and the Columbus Marathon.  Hard work plus the right coach equals good things.

6)  My job.  It's been a great year and it's allowed me to send my first off to college and also allow me to see fantastic parts of the world including Amsterdam (I didn't inhale,) Paris, London, Dusseldorf, and Singapore.

7)  My wife.  She puts up with me AND my running.  Lot's of sacrifice to be married to a runner when I'm gone most Saturdays.  I try to convince her it would be worse if I took up golf. #boring 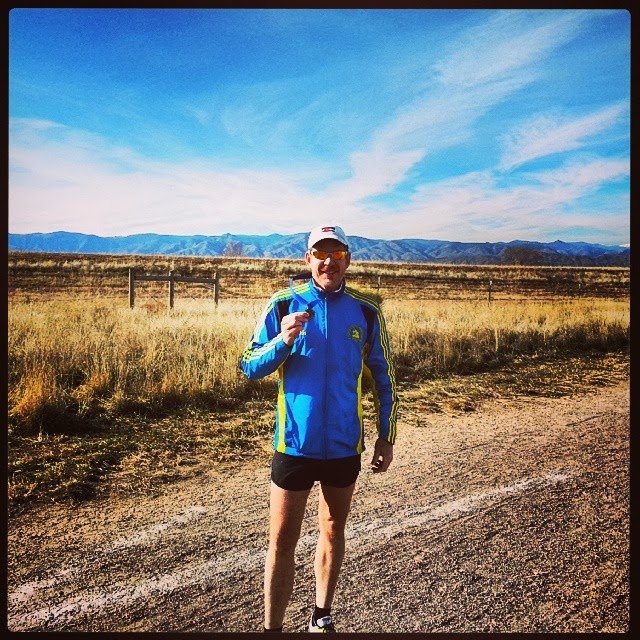 8)  Strong bones.  I'm a "freak of nature" in that I shouldn't be able to run due to Arthritis, but "flip the bird" to the A word.

9)  The fact that Bill Engvall made it to the final four of Dancing With The Stars.  It had nothing to do with Bill, or dancing, but made channel flipping between Monday Night Football and #DWTS with my wife quite bearable. #emma

10)  My second PR of the year this morning unexpectedly at the Highlands Ranch Turkey Day 5K.  My earlier PR this year was at the Slacker Half Marathon (1:29:18.)  This morning delivered a 20:09.  A mere ten seconds behind 1st place and nine seconds away from my first sub twenty.  #nextyear

11)  (I can't count or this is the equivalent of a "bakers dozen" in "top ten" lists.)  The fact that my wife and I survived the Boston Marathon this year mentally and physically.  Better yet, we will be back there in five months.
Email Post