A Tale of Two Runs

Two weeks ago, I had been sensing a bug coming on, but being so close to my race date...I was in denial. I was scheduled to run 24 miles (one of five runs over 20 miles) in my training program for April’s 11th running of the Boston Marathon.

I have to be careful writing this because like many runners, I am superstitious (knock on wood, rub the rabbit’s foot, rub the lucky charm, etc here.)

The best advice I’ve got on running when not feeling well is the above the neck rule…if it’s above the neck (cold symptoms) you can consider running, if it’s below the neck (flu symptoms, fever, body chills) you’re better off leaving the car in the garage and not running.

Mother nature didn’t provide much help with a dose of snow that moved the normal long group run from Saturday to Sunday. I took advantage of the Saturday day off by spending the day with my daughter at her dance competition—I had to look back to last December (’09) as the last Saturday that didn’t revolve around a long run. An awesome consolation prize except for the part about the Dance mom that acco 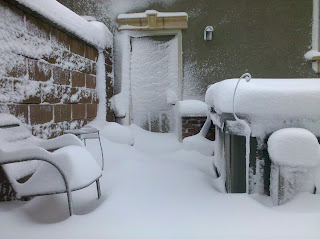 sted me for videotaping the dance—how was I to know that rule???!!

Fast forward to the long run nine days ago. Due to the snow, my 24 mile route was all concrete and asphalt which meant that my body was going to take a bit of a pounding vs. a crusher bike/running path route. Strike #2 (or is this strike#3?) was that my 3:15 pace group with Runner’s Edge of the Rockies was smaller than normal due to the schedule change, the LA Marathon, and (unbeknownst to me at the time) one of my running peers had a calf injury that kept him at home. As a result, I was the only one scheduled to go 24 miles.

My running group sets up aid stations with Gatorade and light snacks every two miles with “out and back” routes. My first choice was to run beyond the 10 mile marker and turn around at 12, but that would mean running the 2nd half alone. I decided to keep with the group and add the miles in at the end or “double back” somewhere along the way.

Sixteen miles into the run at a water station and bathroom stop (marked on the map) was a small park. The hutch and roof for the porto-potty restroom was there. The bathroom was not—who steals a porto-potty? At this stage, the effects of the “bug,” testing out Stingers gels (nobody told me that honey is a 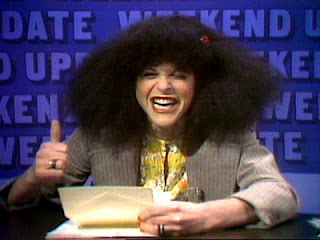 mild laxative) escalated the need for a full bathroom—not just a bush.

My internal GPS remembered a 7-11 about a ½ a mile away so I altered my route to hit just in time. Feeling I had better “quit while I was ahead,” I got back on the path to the long run starting point and finished with 22 miles for the day. Did I mention the rock in my shoe I picked up early on or having to double-back to get my running jacket left at the eight mile mark? In other works, pretty much a Rosanne Rosannadanna run—everything that could go wrong, went wrong. Despite all that, I finished with a 7:55 average pace.

The weekday runs (no pun intended) after my tough Sunday long run were equally tough as I wound up taking a sick day and sleeping until 1:30 the Monday after. As the week (or was it weak) went on, I began to regain my energy. Once again, ’s Mother Nature "threw me a curve" and we had a Spring blizzard which once again moved my Saturday run to Sunday.

Prior to Sunday, I’d read Ryan Hall’s ASICS blog article “Getting Ready to Head for Boston” on his portfolio of shoes including his race day pair—Gel DS Racer. I have long considered a lighter race day shoe like Ryan and the ot 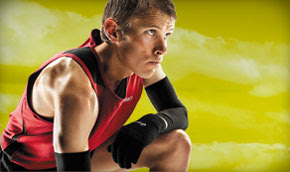 her elites run in. I broke one of the “cardinal sins” in marathon training and was going to try something new right before my big race. I decided to try and “channel” Ryan Hall’s mojo and run in a pair which I picked up from Boulder Running Company.

The Sunday race was scheduled to be a "7/6/1"which was a 14 mile goal pace run—seven mile warm-up/conversation pace, six miles at goal pace, and one mile recovery.

Armed with my brand new ASICS, I set out on the hilly asphalt neighborhood course in . The route was picturesque and had 1,466 ft of overall ascent, so it would be a good test for ’s hilly course (5,761 feet according to Garmin’s site.)

What a difference a week makes. As bad as I felt a week ago, I felt full of energy and noticed a big difference with a lighter shoe minus the rock. I replaced the thin liner the shoes came with my orthotics. Once again, we had a smaller group running out with the 3:15 pace group (four of us) including a guest runner from Alan Culpepper’s Running Store, Solepepper (just outside of .) During the warm-up seven miles, I kept having to slow down (which is a good sign for me,) and once we hit the six mile goal pace section, I “took off.”

My final average time including warm-up and cool-down was a 7:30 average pace. I figured I would have PR’ed a ½ marathon that day based on the first 13 miles. Talk about two totally opposite long runs.

Can I fast forward to April 19th?...no…one more long run and a two week taper before tackling the real deal.