My Long Covid Story on the Today Show

Today (pun intended) was my last day in Rochester, Minnesota after spending twelve days at the Mayo Clinic. I posted a couple days ago (see Mayo Visit details HERE) about the care and amazing treatment I received in Rochester. I also mentioned that my lifelong and childhood friend Tom Costello heard about the latest chapter in my long Covid journey and flew in a crew to catch up on my story which aired today on the Today Show. 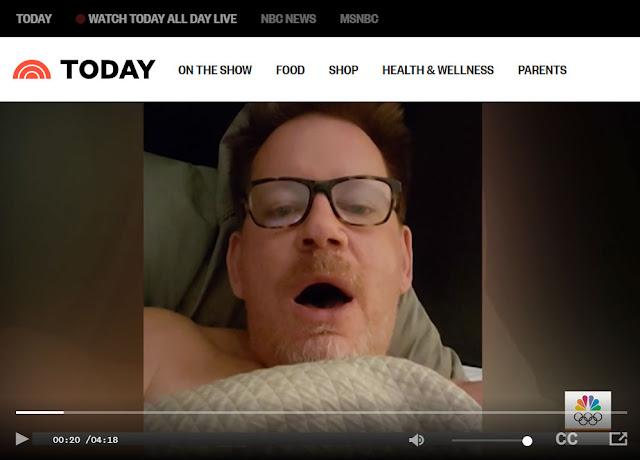 As I may have mentioned, this was no easy decision to go on national TV yet it was. I say that as my history as a "type A" individual in business and as an athlete wants to get back to work and wants to get back to racing. The hesitation? Advertising "brain fog" is not exactly a career builder.

Having said that, the "easy" part of putting my story out there is that it's therapeutic, and I feel (as does my wife) that this story "needs to get out there." I heard today, that the US eclipsed the 30 million mark of people who have become infected with Covid-19. Dr. Vanichkachorn (Dr. Van) from Mayo Clinic estimates that anywhere from 10-30% of those will have long-term effects. Do the math (as I incorrectly did in a tweet earlier today,) and that's upwards of nine million people who are afflicted.
I've already received an outpouring of support. Like many on Survivor Corps my medical conditions have often been dismissed as "in your head." Like Mayor Larry Vaughn in the Movie "Jaws" when he wanted to keep the beaches open and doubted Hooper had actually seen the giant man-eating shark..."but, you don't have the (large as a shotglass) tooth?" I've had a doctor ask if any office had actually recorded my high temperature. Recently, I described my brain fog to a doctor, and in a dismissive tone he told me, "you know stress can cause that."
Really...I felt like telling him that stress can also cause bad diagnosis.
Thanks to everyone that's supported me thus far, friends I haven't heard from in a long time, and strangers thanking me for the story. I won't say that or thank the guy that told me to "quit whining...and to show the studies, until then you're a liar!"