Runner's World published a list of 7 Tips for Running on Snowy and Icy Trails. As a runner who normally targets the Boston Marathon each year and living in Denver, I have no choice but to log plenty of miles in the wintry elements. Ironic timing as global climate change was alive and well in
our fine state as New York and Boston got pounded by snow earlier last week while Denver boasted Spring-like conditions on Tuesday so I was able to get out in singlet weather. I taunted Mother Nature and she responded with four inches Saturday night. One tip Runner's World neglected to include was studs on the snowtires. I have a pair of Yaktrax that work well in deeper snow, but opted for the studs on the shoes yesterday. Simple enough, hit your Home Depot and pick up a set of sheet metal screws and screw them into an older pair of run shoes to give some added traction. Obviously you need to have the right depth screws as you wouldn't want them poking into your feet. It also helps to use a shoe with a thicker sole and insert to the outside or "fattier" part of the 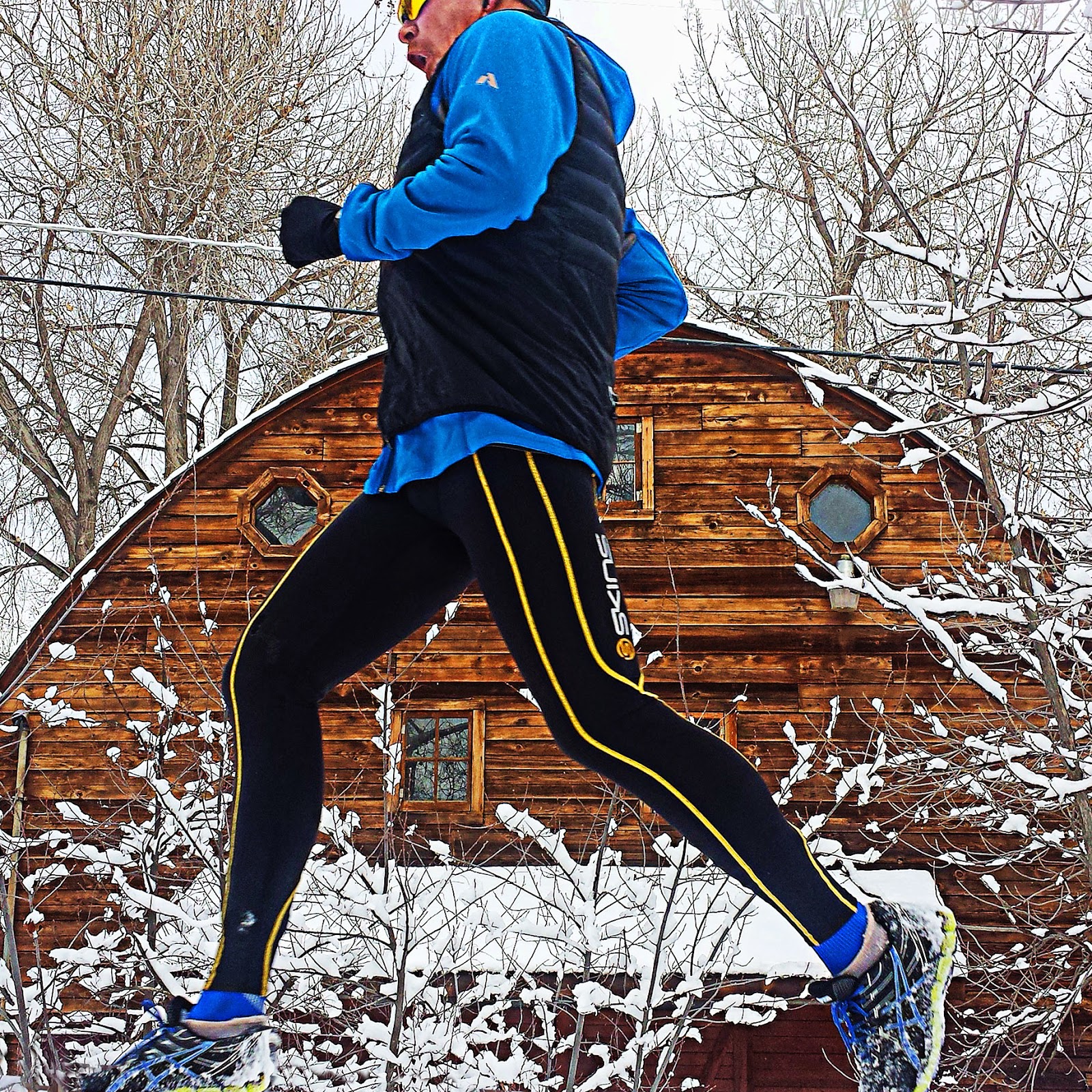 This worked well yesterday as a portion of my two hour run was on shoveled sidewalks getting to the trail and had four inches once I get there. Anything deeper and I'd probably go with Yaktrax. I'll have to add this to my Sore Nipple Calculator which I wrote awhile ago, but consult often as I summarized at what distances (and weather) to apply the BodyGlide, but also at what temperatures to wear different clothing layer options. Yesterday's temps were projected to be 20-30 degrees and I was quite comfortable as I wore the right stuff; Eddie Bauer (reviewed HERE) long-sleeve shirt with hooded pullover, Nike run vest, heavier wool cap, Skins tights with 2nd long underwear tights underneath, and my heavier gloves.

How do you cope with the elements?