Since everyone was hopefully "offline" either running in their turkey day 5k or indulging in football or the Thanksgiving feast, I've got my post-Thanksgiving "Ten Things I'm Thankful For" post. I had a lot of people I hadn't seen in awhile that I ran into over the long weekend. The most common questions were;

"Are you running again?"
"Are you all better?"
"Tell me about your accident?"
"Did you really meet Kate Bosworth?"

Yes, kind of, long story, and yes are the answers.

Last night, my ribs woke me up at 2AM and my sleep hasn't quite returned to normal. In terms of everyday life, I'm around 90%. In terms of running, I'm perhaps 70-80%, but working hard at it. Regardless, there are many things I am thankful for with my glass more than "half full." My top ten thankful list.

1) The gift of life. While I still occasionally "sweat the small stuff," I feel like I have a whole new outlook and appreciation of life. Nothing like waking up in the hospital with a "we're losing him" look on a nurse's face to have you appreciate each day.
2) The gift of running. While I've only been back at it for the last few weeks, I am thankful I'm able to return to the sports of running and triathlons.
3) A return to "speed work." I have only had two sessions the last two weeks respectively and have a 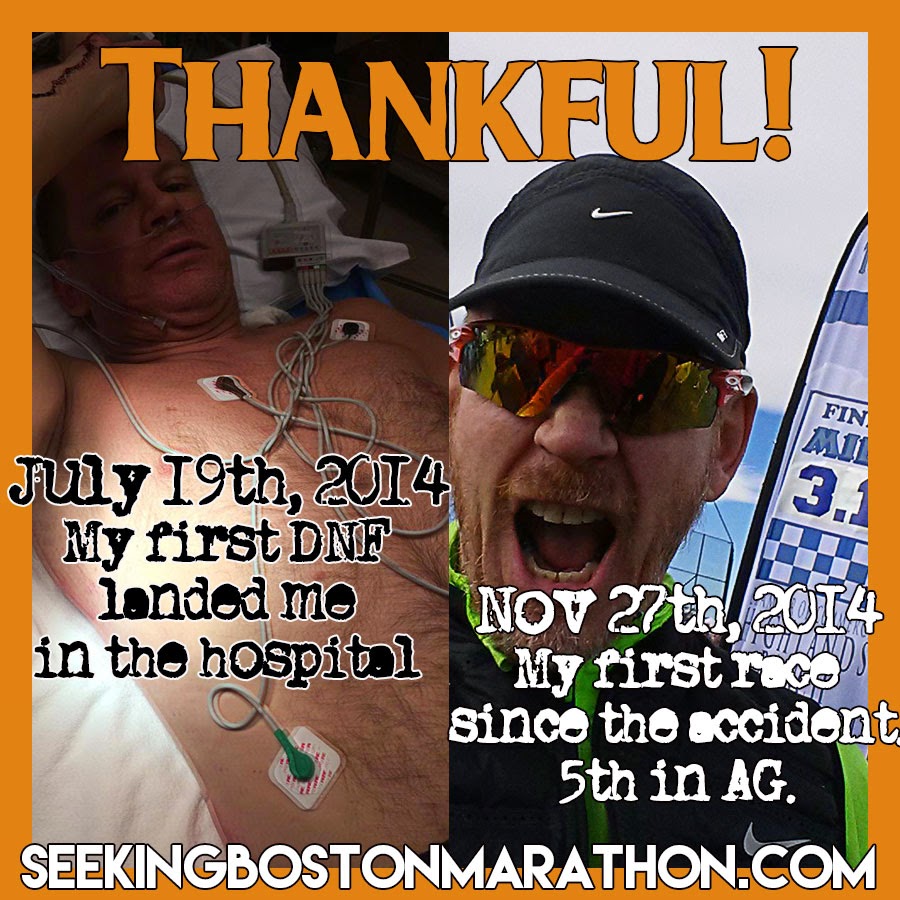 long way to go, but good to use the word "Yassos" (1/2 mile repeats) in my vocabulary again. I pushed myself to just over a six minute per mile pace. A far cry from where I was in July, but progress nevertheless.
4) My family. I'm fortunate to have lots of family in town and around the country that I'm very close to. I'm especially happy to have a phenomenal wife and three kids that deal with me, my range of emotions, and my obsession with this sport.
5) Kate Bosworth. Had to get number four in ahead of Kate. After a million miles on United Airlines 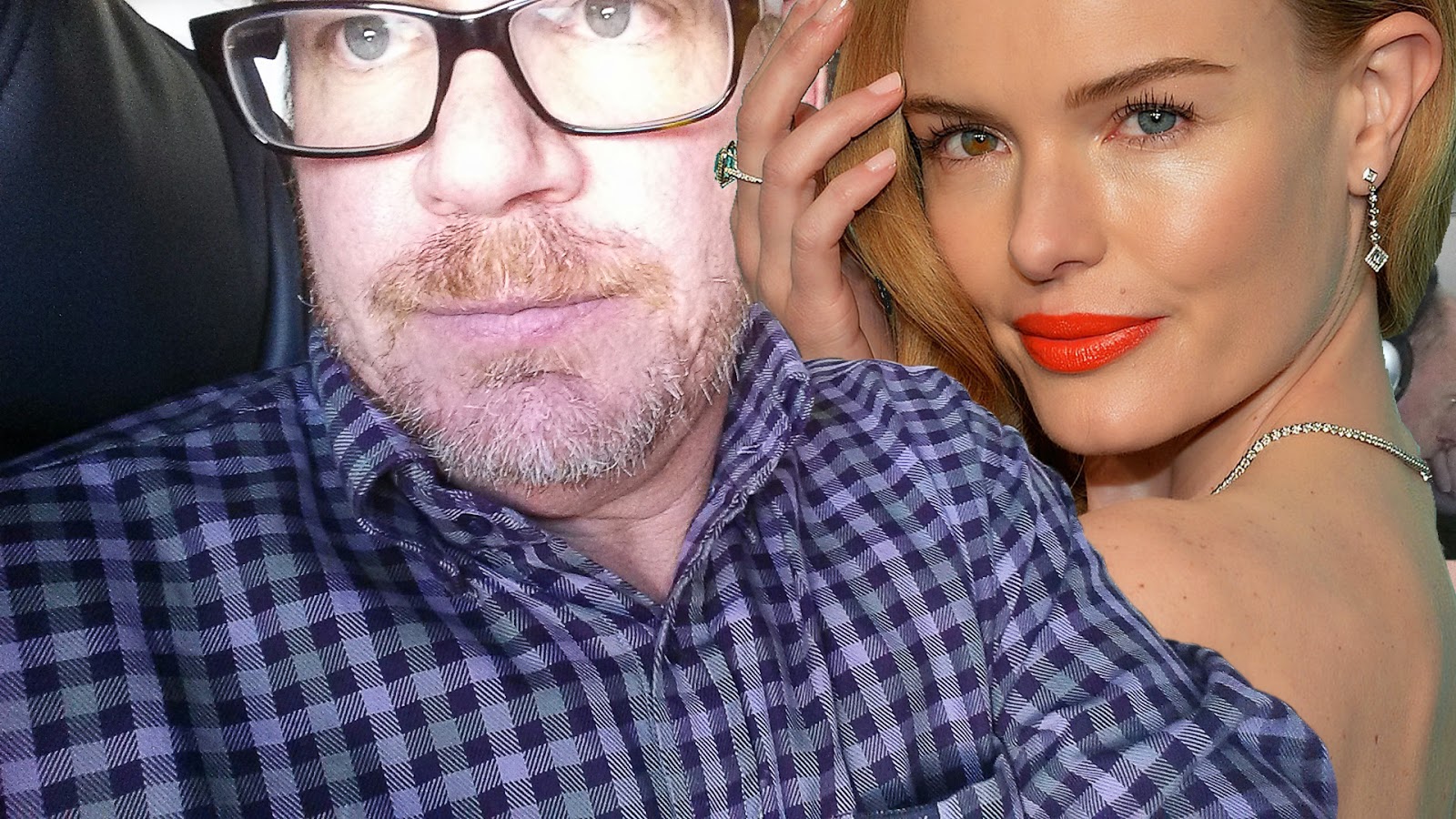 largely sitting next to smelly businessmen that don't know the rules around sharing of the armrest, I won the lottery on my last flight before Thanksgiving. Not only did I get the first class upgrade, but actress Kate Bosworth sat next to me. Far more beautiful in real life and crazy nice. I neglected the urge to say, "Aren't you that actress,?" and shared small talk, a flight of champagne, and hand holding the rest of the flight. Okay...I made up that last part, but she is crazy nice.
6) Thanksgiving Day 5ks. I love racing on Thanksgiving morning and have made it part of my holiday ritual. The problem this year, is I was nowhere close to being 5k "race ready" and I don't know how to jog, or "run for fun." My desire to put a bib on for the first time since my accident in July far out-weighed the fact that my body wasn't ready so I signed up for the local Highlands Ranch 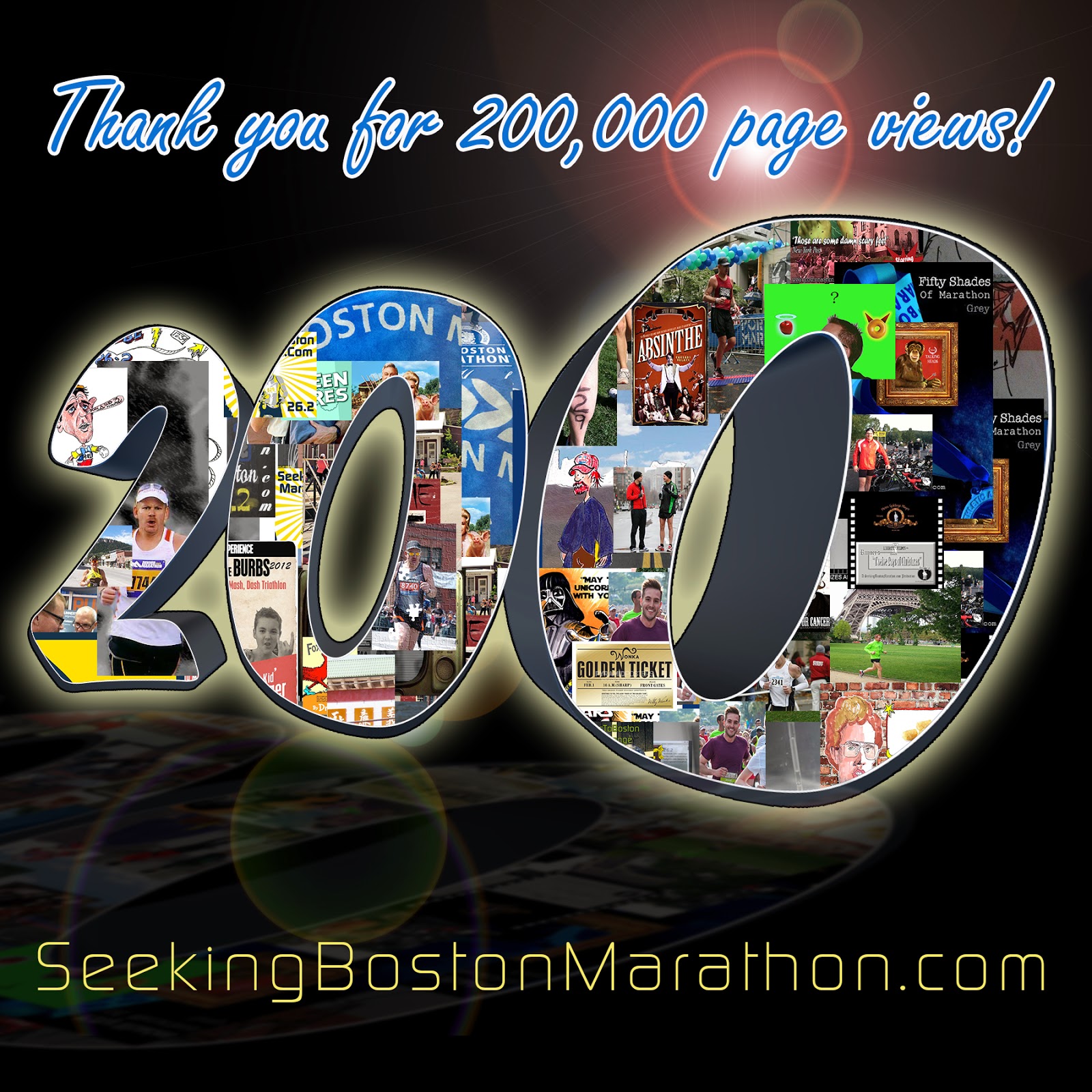 Turkey Day 5k. I went out fast, settled in on the second mile knowing, that it wasn't going to be a podium or PR day, and had a "kick" the last half mile to give me fifth in my age group. If I knew first place was a mere 18 seconds ahead of me, I would have found a way to try and close the gap. This 5k result was a full three minutes slower than my PR set in March, but I'll take it. 22:39. Great to be back out there!
7) I didn't sink. I had to look this one up. When was the last time I swam a mile? My birthday on July 14th shortly before my triathlon crash. If you know anything about ribs and swimming, broken ribs are not a swimmer's friend. On Sunday, I took to the pool for the first time (upon recommendation of my physical therapist) and the (separated) shoulder felt great. The bigger surprise was my conditioning felt decent despite the long water layoff. I should "thank" Steadman Hawkins for helping rehab that shoulder to get me where I am now.
8) Team work. Right before the holiday, I was notified that I made the local Runner's Roost Triathlon Race team. I had applied before, but did not make the team. They must have lowered their standards (#sarcasm) as I made it this time around. Super excited about wearing their race gear and being an ambassador for the sport and their stores.
9) Close to pain free and off the pain meds. I'm not an expert, but my doctor hopefully is. He was reluctant to renew my last prescription for "oxy." I had no choice at the time as aspirin didn't cut down the pain at all, and sleep is a bit of a necessity. Weaning off oxy after three months is no trivial manner, but I went "cold turkey" (no pun intended) after Halloween. There were three "nightmarish" nights, but my desire to return to the sports I love again out-weighed any desire to take another pill.
10) My running and triathlon blogosphere. I have made some great friends over social media who have been a source of encouragement as I went through the accident, long layoff, and continued rehab. My blog surpassed 200,000 page views in the month of November which helps me maintain accountability towards my goals. Giving up is not an option, and I'm sincerely thankful for all that help motivate me with "Likes," "tweets," and the like.

Here's hoping your holiday was filled with running, love, and lots of good food. I look forward to continuing the SeekingBostonMarathon.com journey in December as I start training for the April 2015 Boston Marathon here in a couple weeks.