The back of my Land Rover looks like a mobile running store. I have three canvas bins that have run gear, tri gear, and an overflowing supply of running shoes. I can almost always piece together a complete ensemble to go out for an impromptu run and always have additional layers for colder weather. For the second time since my accident in July, I was going to attempt some speed work inside. Don't be a treadmill hater--the temps were crazy low, and I'm not about to take a spill on the ice with a set of ribs not quite healed. Nevertheless, I got to the gym with a set of clothes I'd packed in my gym bag along with come Generation UCAN to fuel my run. All set, or so I thought. 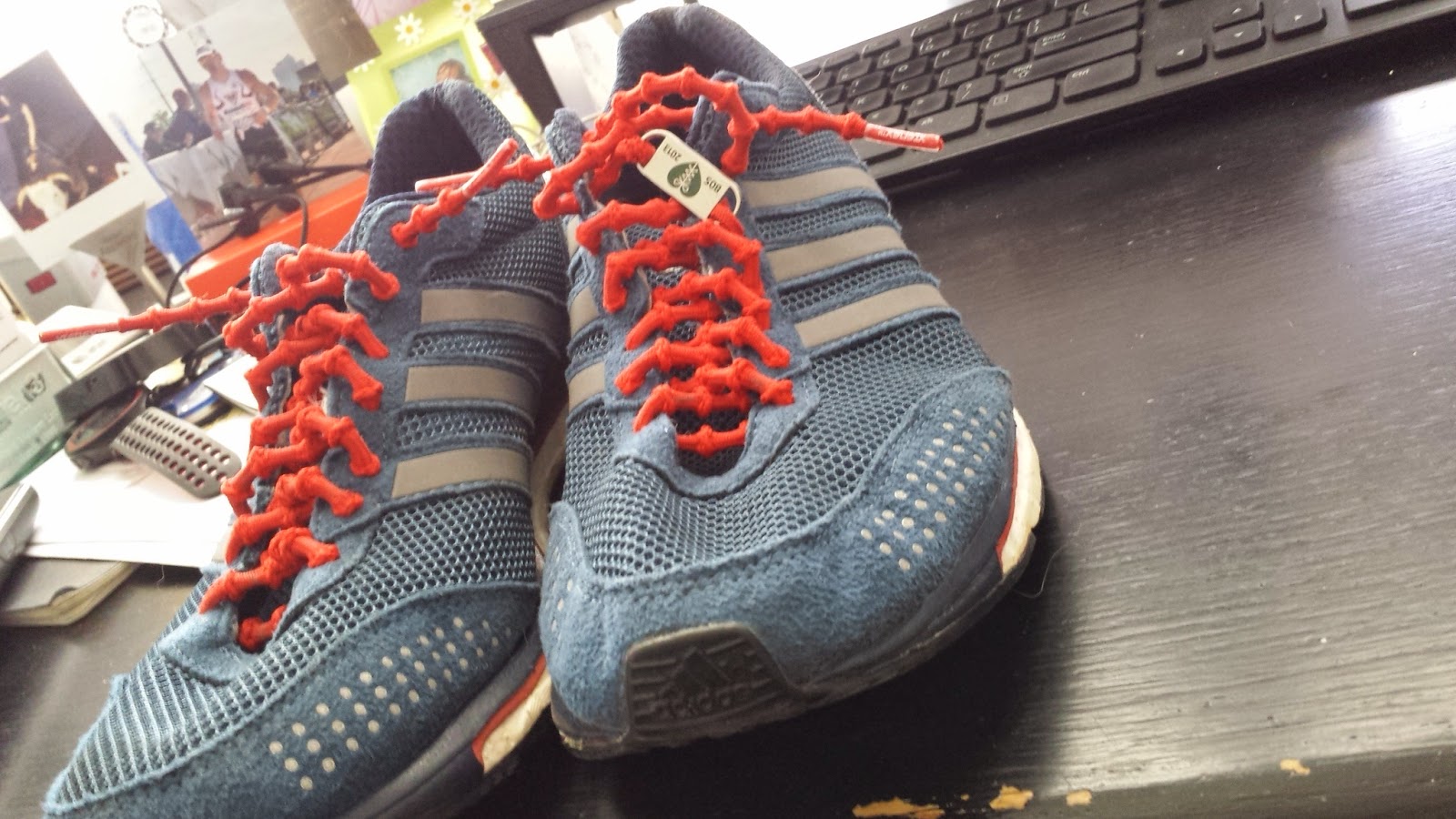 At the gym, I started to change into my run gear, and realize I had no run shoes in my bag. I have forgot run socks before and improvised with black dress socks, but you can't substitute run shoes. In this case, it's a good thing I have a mobile running store out in the parking lot. I head outside and sort through what shoe matches the workout I was thinking of. I have at least a dozen pairs of running shoes; some with worn tread, some for long distance, some for speed, and some race flats. My most everyday "go to" pair of shoes lately are the Adidas Energy Boost shoes--I love them, but both pairs were at home. I pull out a pair of Adidas Adios Energy Boost shoes--built for speed.

As I start putting the shoes on inside the symbolism hits me. The last time I pulled these out of my bag was for a race, but they never made it on my feet. They were lined up on my towel in the transition area of the Rocky Mountain State Games. Yes, that race where I made it out of the water, onto the bike, and crashed so hard it sent me to the hospital. The only other time I'd worn them in a race was earlier that month at a 4th of July 5k. That was a much better day as I came in second in my age group.

Perhaps with a mixed set of emotions, I strapped them on for my speed work. This week was four months from the crash and I've only really been running for the last few weeks. Baby steps. After a two mile warm-up, I decided on Yasso intervals. In later stages of normal training, I would do eight to ten 1/2 mile Yasso intervals. Today, I was thinking 4-5 and mustered only four. While the time on my feet running has progressed and my heart rate has stabilized a bit on running in a 9:12 per minute pace, running fast is just not there. Interval paces wound up being; 6:30, 6:15, 6:30, and 6:15. I probably could pushed a bit faster or tried another 1/2 mile, but my conditioning is just not there yet. Four months earlier, I could do several of these and was pushing myself well below a 6:00 per mile pace. At times, I was critical of my performance on this day and frustrated that I was so winded. Then I remembered that the crash collapsed one of those lungs, and I spent eleven days in the hospital.

"DON'T BE SO HARD ON YOURSELF,!," I mentally muttered to myself.

The ribs are not entirely healed and a dull pain still radiates along my right rib cage up to my right shoulder which was separated. The good news is that I have been diligent with my physical therapy at Steadman Hawkins. I still go there once a week, and have daily exercises I perform religiously. My P.T, John, has me now doing six different band exercises and planks. When I first went in, my right scapula "floated" around my back. This last Monday, he told me he was impressed with my progress and added in some plyometrics catching a weight ball and flinging it back. I cringed when he told me what we were going to do, but my shoulder was able to handle it. Progress!

Anyhow, next week is Thanksgiving, and I've got mixed emotions about my normal ritual of racing in the local 5K. Race is probably the wrong word to use. We shall see if my stubborn competitive self can strap on the blue shoes and try and "run" the 5k versus "racing it."