Back (pun intended) in July of last year, I decided to do something about my back pain. Since CIM in December 2018, I have been dealing with an extraordinary amount of back pain. I decided to go in to the Ortho to try and get some answers and relief. The denial was that by July of 2019, I was waking up every morning with back pain. I scaled back running to no avail. The MRI turned up a few things going on with the back; scoliosis, torn disc, and bulging disc, and an Ortho that asked, "you've been running on that???"

Short version on treatment included three spinal injections, a new Theragun, some physical therapy, a new Belifu "stim" unit for Christmas, and in October, a three month (dreaded) no running edict from the Doc. Oy vey. 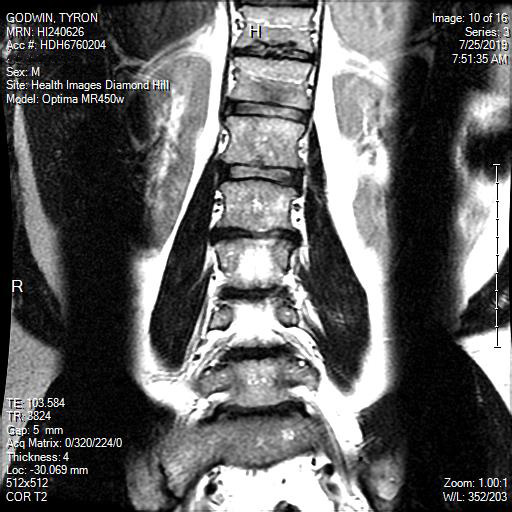 Starting around the end of the year ('19,) I started picking up running again. The Dr. allowed swimming, and mild cycling and eliptical (as long as I wasn't thrashing) during the hiatus. The treatments didn't seem to have the magical effect I was looking for and they additionally recommended I get tested for HLA B 27 (Bingo!)

As I've written here before, I was diagnosed with Ankylosing Spondilits (AS) when I was thirteen which is a form of arthritis that affects the spine and "SI" joints. My previous ortho doc and a few others along the way doubted the diagnosis from many years ago given the fact that I've run fifteen marathons. The test did come back positive which means I have the "marker" for A.S. The arthritis doc appointment is next month.

All the above is in addition to the arthritis and cartilage issues I've got in both knees. Oy vey part deux.

With Liam going into the hospital again this last month and having to "walk" for the first time ever in a race--the 5K we were supposed to run in on his 21st trip to Vegas, I decided, "screw this," sign up for a race and get it back into gear! I signed us up for the San Diego Half Marathon on March 15th, then realized, "oh crap" that's like next month!

As I mentioned, I started light running around the holidays but also had some kind of crud and heavy travel at the start of the year. Despite all those "curveballs," I've been adding more days a week and getting back to my routine of running 2-3 days a week (but pushing hard on those days,) and mixing in swim, bike, and eliptical with a goal of working out at 4-5 days a week.

Now that I'm within eyesight of a half marathon, I picked it up the last two weeks and had two of the most amazing runs this week I've had in I don't know how long. The last two weekends, I inched up to 9 then 10 miles for the long run. Earlier this week, I ran one of my favorite workouts which is a nine minute per mile warm-up, then half mile progressives; starting at an 8:20 pace and ending with a 7:35 pace! Booyah!