Never Grow Up: A Halloween Lesson

Nothing brings out the kid in me any more than Halloween.  I often say that I'm a boy trapped in a man's body.  While Christmas tops the list of a child's favorite, it's tough to beat Halloween.  Scary movies, candy corn, dressing up in some alter-ego costume, and a gluttony of treats help create the perfect holiday. 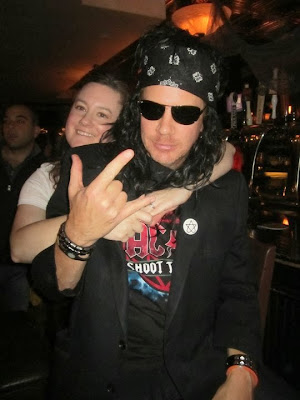 As a kid growing up in Colorado, I would always look forward to the Halloween party at school and trick or treating that night.  We would not go out with a plastic pumpkin and flashlight, but with a pillow case which we'd try and fill by night's end.  It often snowed on Halloween in Denver. There would be snow on the ground, or frigid temperatures would challenge the quest to come home with the most candy.  I can remember all the way back to when I must have been eight or nine years old living on East Fair Place.  Running in the dark, I was tripped up by a tree wire spilling my candy out into the night.  I regrouped and would shovel the candy back into my bag and go on to try and conquest as much candy as  possible.

When I finally decided to "call it quits," I would dump the candy out onto the floor in the family room in front of the fireplace or onto my blue and green shag carpet in my bedroom to take inventory; separating the really good candy from the average to nasty.  Hopefully, you would not get the mom who handed out apples (there was an urban legend scare of biting into a razor blade so you would never eat these,) or god forbid, the "Almond Joy." #nasty

This year will mark what I think might be the first year I did not attend a Halloween party or dress up for Halloween (work threw a wrench in these plans.)  I always sported a costume all the way through college where the more outrageous the costume the better.  I was a giant package of McDonalds fries with a bunch of my buddies out of college one year.  As I often did before heading out to party as a young adult, we would stop by my grandparents house (Lela and Lyle's) to show off our costumes before the craziness ensued.

The foam french fries were fun party favors as we'd hit each other with them and throw them around on the dance floor.  I woke up with a broken hand that next morning.  Another favorite was going in character along with accents as Saturday Night Live's "Hans and Frans" (russian weight lifters.)  Another career I missed out on was doing cartoon voiceovers as I completely nailed the Austrian voice and probably won the costume contest if I could remember later that evening.

Being out of town for work this year means I missed Joe and Kimi's neighborhood Halloween party which brings out some amazing costumes and Mardi Gras type behavior among adults.  Last year, I was one half of "Two Broke Girls."  I know...a bad mental image of "Ty in a dress."  A couple of years ago, I went as a rocker and somewhere along the night, I took on the persona of Aldous Snow of "Get Him to the Greek" fame.  Once again, likely fueled by witches brew, I broke into a surly british bad boy.  I think I didn't "break character" for several hours.

Just as fond as my adult memories of Halloween are my memories of my kids over the halloween years.  Being a somewhat (understatement) competitive person, I would always try and make sure my kids' costumes were equally memorable.  As I have blogged about here before, I re-posted one of my favorites, "Robo-Boy and Rocker Girl."  I was that Dad who worked extra hard on the kids salt water map or rabbit trap for school.  I also made sure their volcano spewed more lava than the other kids.  Fairly transparent, I wanted his costume to be the best so the other kids would think he was cool.  Robo-Boy was around the time of my divorce.

I was rid with guilt that I didn't go to bed each night or wake up each morning with my children.  My son was very quiet, didn't talk much, and didn't seem to have many friends.  Despite all that, I look back and realize he was a pretty happy kid, but perhaps Dad was trying to overcompensate.  I thought if he had the coolest costume at class that day, perhaps other kids would like him more, or invite him over once the candy was all gone.  As a result, I was determined to build the coolest robot costume ever.  This was silver and gold with flashing lights in the eyes and ears, and lit up "Robo-Boy" across the chest.  One "bad ass" robot.

Ironically, I was usually in charge of the boy's costumes while Mom was in charge of the girls.  His sister went as a "Rocker Girl" which was pretty cute, but I could tell she had costume envy that year.  I felt guilty about that too. (plenty of guilt must have been related to the Baptist Church upbringing.)

Robo-Boy was a huge success that year, but I don't think he got any additional play dates out of it.  What it did provide was a timeless memory for me and hopefully for the boy inside the foil and box costume. I was chatting with him over Facebook a half a world away and asked what he was doing for Halloween.  Trick or treating with a few friends he replied.  No doubt he will hopefully follow in his Dad's footsteps and carry the same juvenile behavior one night a year when it's okay to act like a kid.
Email Post