Torn between two lovers, feeling like a fool. Lovin' both of you is breakin' all the rules.

My blog name says it all, "Seeking Boston Marathon."  It started as an obsession and remains one after running "Baaahsten" twice. You only want more.  Last summer, overtraining and injury tossed me into the pool.  Just like I became obsessed with running, I surprised myself that I wanted to swim more and figure out how to get better at it.  Also like my marathon history, I figured, I know how to run, I am getting faster at swimming, and I know how to ride a bike, so "why not try a tri?"

After three triathlons last summer, I was spoiled with hitting the podium in all three.  As a result, I'd made the decision, that I would make swimming and cycling a regular part of my cross-training and that I'd make it a part of my calendar rotation by switching to triathlons in the summer after a Spring marathon.

Everything has gone "according to plan" this year with a respectable race in Ft. Collins at the Colorado Marathon notching my first goal of the year by qualifying for Boston under the new (more stringent) qualification requirements.  Step number two in the plan was to switch into my swim and cycling gear and compete in the Denver Triathlon.  Mission accomplished at Denver with my "first first" with a 1st place finish in my age group.

Marathons are addicting, but I've learned that so are triathlons.  The differences?  A marathon is alluring and attractive, but you have a feeling that once you get into it, you're wondering "how did I get myself into this mess?"  Attractive, but you know they're bad for you..sounds like some old relationships or a bug zapper that draws you to the light, then kills you.  As far as triathlon's they are equally attractive, but your body doesn't seem to be as "trashed" after the experience.  There are still moments where you want to throw up, but if you "race" a 5K, same deal. 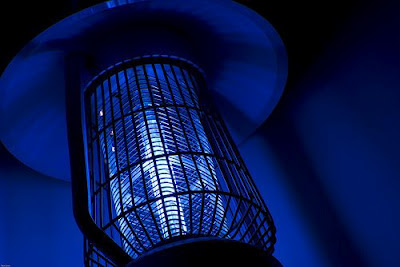 Four triathlons now under my belt with medals in all four...a trend...or an anomaly...either way, a decent batting average.

While I have drank from the BAA chalice on Boylston avenue in Boston (and there is nothing sweeter,) I have but one podium in nine marathons, but four BQ's.  Enough to be proud of, but not enough to keep me from trying to improve my marathon game.  Given all that, I'm starting to wonder if I'm not a better triathlete than I am a marathon runner.  While I sell software for a living, I dig the hardware, and I've had a lot of fun doing it.  My core is stronger than it has ever been with all the swimming and my run times seem to be getting faster...at least at the shorter distances.  I came in first (AG) for the first time in a five miler this year and I set a PR for a 5K.  Not in a 5K race, but in the 5K leg in my triathlon (after swimming a half mile and biking 15 miles.)

So what's the dilemma?  I had three goals at the beginning of the year with two "circle the calendar" races;

1)  Get back to Boston by running a qualifier at Colorado. Done.
2)  Qualify for New York through a fast half marathon at Georgetown.  See below.
3)  Improve my triathlon game. Off to a good start.

The dilemma lies on the calendar.  I had planned to run the Georgetown to Idaho Springs (GTIS) Half on August 11th which is a fast downhill race that holds my current PR.  Like Boston, the New York Marathon has "upped" the requirements to qualify in 2013.  I had previously "had it burned into my brain," that I needed a 1:35 to get in.  No problem...three minutes slower than my PR of 1:32.  The issue is after checking this week, the correct qualifying time now for New York at my age is a 1:29.  Gulp.  That's a 6:48 mile per minute pace.  On the GTIS front, I ran eight miles last week roughly at the pace that would hit a 1:29 and I'm running as fast as I ever have with my balanced training.  While it's a "stretch" to string that pace out for 13 miles, it's within range.

The second issue is the triathlon I wanted to REALLY race this summer was my hometown race in Highlands Ranch.  My youngest is a swimmer and budding triathlete that is "licking his chops" to try and beat the old man in a race.  The Highlands Ranch "Splash Mash and Dash" is on the same date as GTIS.

Go for my original target race in Georgetown and try and qualify for New York, or go with momentum in triathlons and race in the Highlands Ranch triathlon and try and make it "five for five?"  Tough decision.  Torn between two lovers. What do you think?
Email Post
Labels: boston marathon colorado marathon Denver triathlon new york marathon Triathlon triathlon beginner triathlon training plan