Sometimes you have to improvise as a runner in training--especially training in Colorado, or many other states that have endured a long brutal weather winter. Such was the case this last "Track Work Tuesday." During the speed phase of my marathon training plans I have a combination of tempo runs and track work. Tuesday's prescription called for six by 800's (or six half mile repeats with a "recovery" period of 200+ meters between them.) Having started a new job recently and being quite busy with life outside running, careful planning has to go into 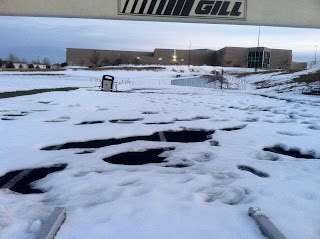 each run. "Can I squeeze it in over lunch, can I do it in the evening, or am I getting up early to knock it out before my day begins" are questions that run through my head almost nightly as I plan my runs.

Two weeks ago I was on the road, but I packed all my running gear and planned on doing 800's outdoors in sunny California while the snow was flying and temps were dropping in Denver. Everything went according to plan as I was hoping to run outdoors with my Garmin 110. I strapped on the Garmin, and turned it on to start seeking out the satellite and discovered a dead battery...argh...I could have run naked without it, but I wanted the deterministic time/pace/mileage measurement so I ran it on the dreadmill. Curses...

No dreadmill hate mail thank you.

I've done a number of tempo training runs (and hill runs) this session, but I was looking forward to running my 800's on the track bef 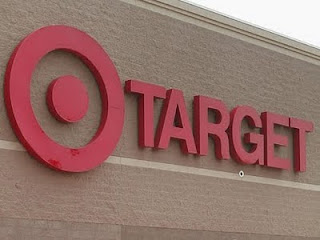 ore work to work on my fast twitch. The weather forecast called for warm weather on Tuesday so I headed out the door early that morning in shorts, my new Brooks Racer ST 5 shoes, Zensah compression leg sleeves and charged Garmin (wasn't going to make that mistake again.) I pulled into the nearby High School parking lot an hour before students would start filing into the parking lot a bit groggy and discovered while the last five days of sun melted the streets and many sidewalks, the track was covered in ice. A quick assessment determined, "no f'ing way" am I running on this.

My improvisation DNA kicked in and I scanned the mental list of nearby three mile routes I could use for the 6 x 800 work. I had to get it in as work was waiting for me in an hour. Lunch hour and after work weren't gonna work. Too many options were too hilly and I wasn't in the mood for hill speed. I parked at the nearby Target parking lot and figured it was reasonably flat heading West. I put in around an 8/10 of a mile warm-up and realized the large block in which Target sat was flatter than the route I attended so I decided to do Target lot six by 800's. Wearing my heart rate monitor strap, I guess more appropriately, "Target" Heart rate speed work. Badump, badump.." 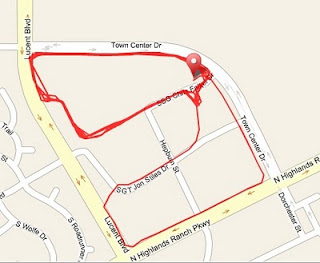 th my car and water bottle as the starting point each time around. As they say in the Guinness commercial, "Genius!" I only wish I'd thought of it myself. The comical part was the odd look at the maintenance guy power washing the sidewalks before suburbia woke up to buy their Target goods along with the Starbucks barista showing up for work (you know you run early when you beat the barista to work.) After posting on DailyMile, the comments were equally amusing, "was the parking lot really 800 meters?" No, but damn close--it was half parking lot and half "ass end" of target running behind the store. Not glamorous scenery, but effective.

The week ended with more improv as some dumbass had his Blackberry alarm go off for 10 minutes in the hotel room next door to me this morning which completely whacked my dream cycle and any plans of getting up early to run my planned six miler. In my groggy stupor, I opt'ed for the extra sleep (as I was tired) and work before my morning meeting. Lunch was "out of the question" as I had a client lunch then off to the airport. Plan "C" was a run when I got home to Denver...after a day in Little Rock, the dumbass with the Blackberry, client meeting and lunch, flight home, and six miler. Whew!